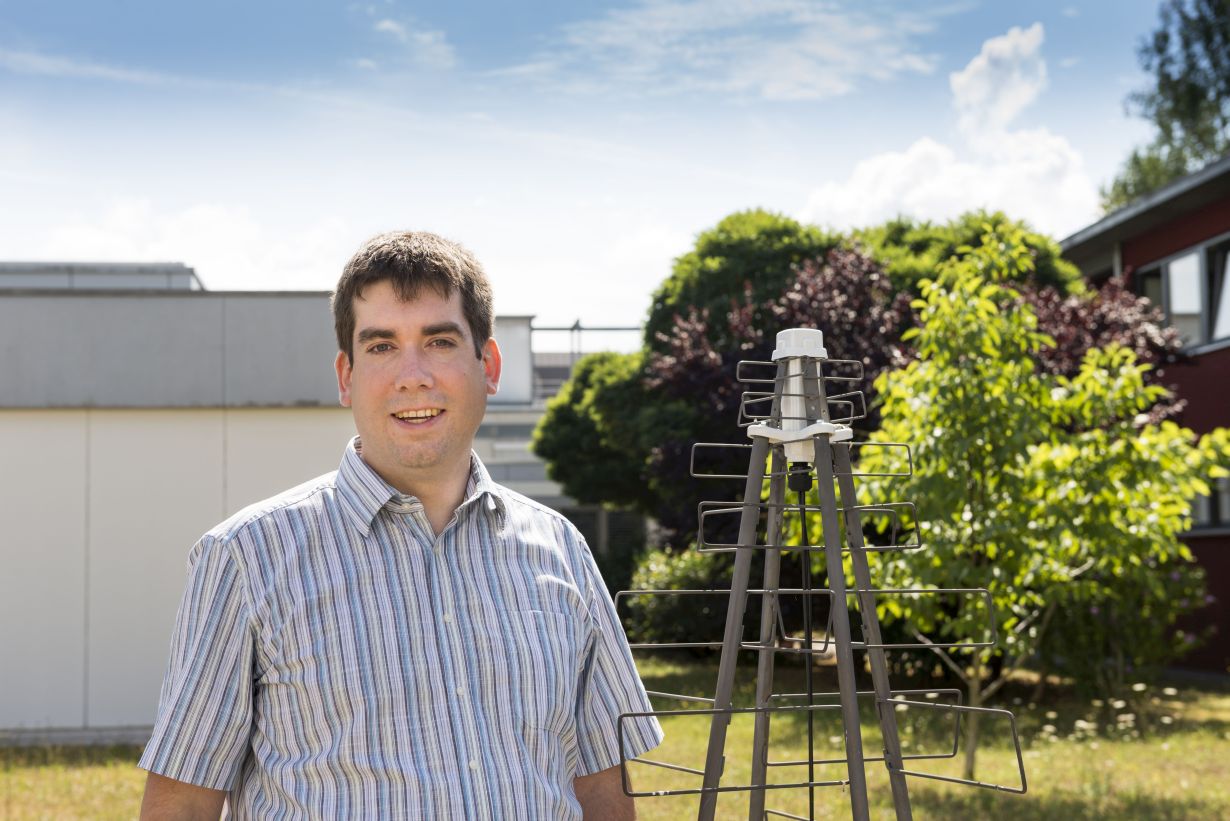 For his research relating to the search for sources of highest-energy particles of cosmic rays from the Milky Way, Dr. Frank Schröder, scientist of Karlsruhe Institute of Technology (KIT) and assistant professor at the University of Delaware, USA, is award-ed an ERC Starting Grant: The European Research Council will fund his project with EUR 1.6 million for a period of five years. Major progress in the radio measurement technique developed by Frank Schröder and his colleagues at KIT’s Institute for Nu-clear Physics enables the search for high-energy photons that accompany the massive charged particles of cosmic rays.

“It is a declared objective of KIT to offer early-stage researchers optimal conditions for work. The ERC Starting Grant for Dr. Frank Schröder is a great success for both astroparticle physics and early-stage researchers at KIT. I congratulate him cordially,” says Professor Oliver Kraft, KIT Vice President for Research. Highest-energy particles from our galaxy, the Milky Way, hold many secrets. The sources and mechanisms accelerating them to such high energies are still unknown. These energies are far above those reached by huge man-
made accelerator facilities, such as the Large Hadron Collider (LHC) of the European Nuclear Research Center CERN in Geneva. High-energy cosmic rays are measured via particle showers that are triggered by them in the Earth’s atmosphere and make their way to the Earth’s surface. Usually, particle detectors and optical telescopes are used for this purpose. Long-term experiments with antenna stations in the surroundings of such particle detectors have demonstrated, however, that also radio waves can be used for studying cosmic rays.

“We can observe radio waves all around the clock, whereas optical telescopes for particle showers work in clear nights only. Moreover, measurement with antennas is cheaper,” Frank Schröder lists the advantages of the new measurement method. Compared to antenna fields used so far, the future setup will also measure signals with an energy smaller by a factor of 100.  “With this setup, we will search for photons originating from our galaxy. An ideal location to do this is the South Pole, from where the galactic center can be observed day and night.” There, the galactic center is visible just above the horizon, which is no problem for the novel radio technology, as radio waves are hardly attenuated while passing the atmosphere. “At the location of the IceCube experiment near the South Pole, we want to arrange antennas on a measurement field of about 1 km² in di-mension. Within a measurement period of three years, I expect to obtain crucial indications as to where the highest-energy particles of our Milky Way are formed. We have a chance to find the highest-energy photons ever measured.”

Dr. Frank Schröder studied radio detection of cosmic rays at the former KASCADE facility of KIT and at the Pierre Auger Observato-ry in Argentina during his doctorate already. Then, as a junior re-search group leader at KIT, he set up the ’Tunka-Rex’ antenna field for cosmic rays in Siberia within a cooperation project funded by the Helmholtz Association. In addition, Schröder was member of the board of the Young Investigator Network (YIN), a platform for early-stage researchers at KIT.

The European Research Council (ERC) will fund the project of Frank Schröder with a Starting Grant in the amount of EUR 1.6 million for a period of five years. The ERC Starting Grant is awarded to out-standing early-stage researchers with two to seven years of experi-ence since completion of the doctorate and excellent research pro-posals. In response to the recent call for starting grants, 3170 pro-posals were submitted, of which 12.7% will be funded.