Networked Lighting: Away with the Blind Spot 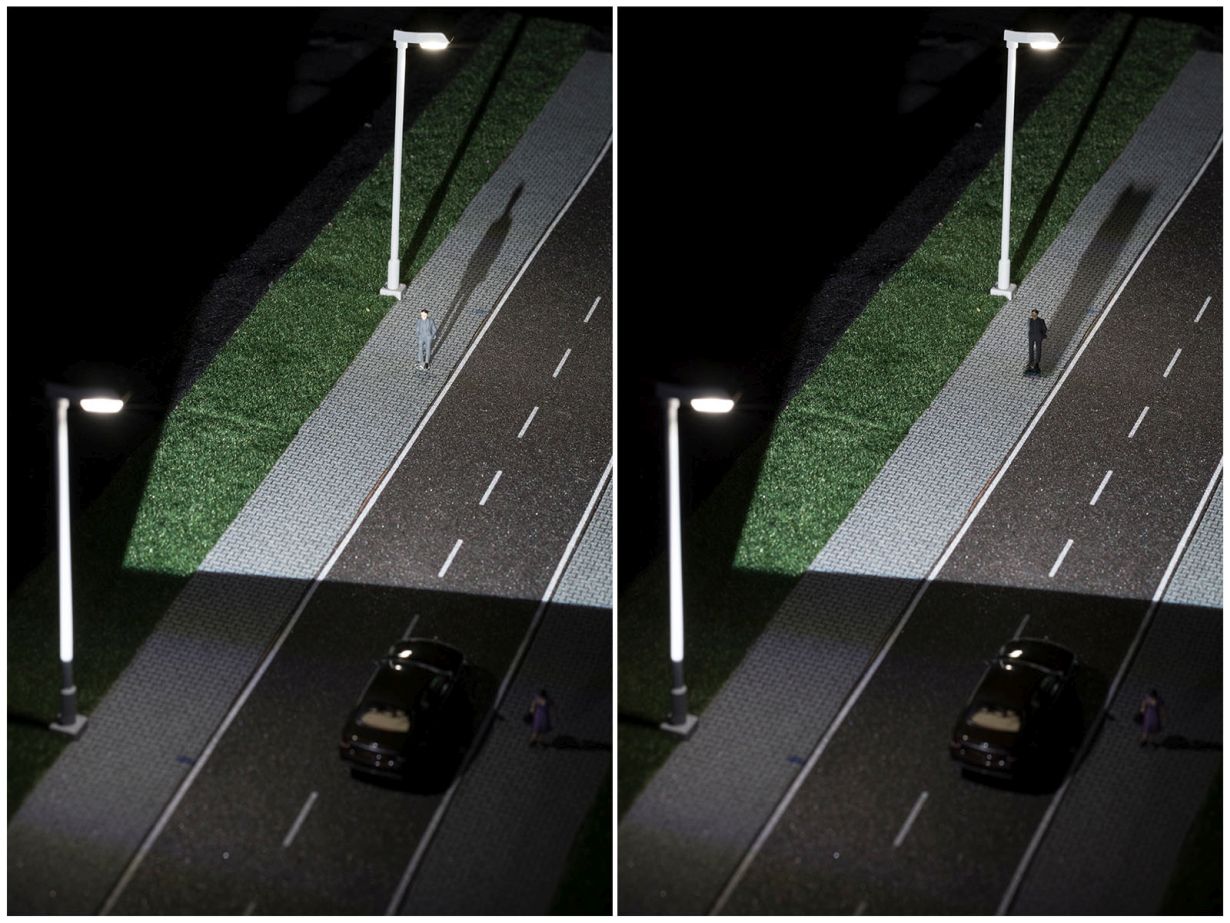 It is a horror scenario for every car driver: suddenly, a previously invisible pedestrian comes out of the dark between two street lights or the shade of two parked cars. Researchers of Karlsruhe Institute of Technology (KIT) are working on a method to optimally adapt car headlights to local conditions with the help of external sensors that may be located at the roadside or in other vehicles.

When lighting conditions blur the contrast between an object and its surroundings, experts refer to it as the “camouflage effect.” The human eye cannot perceive the object under these conditions. The same applies to camera eyes of autonomous vehicles.

The “Propix” (the acronym of projector pixel light) headlight developed at KIT’s Light Technology Institute (LTI) a few years ago was the point of departure of the scientists. Propix can adapt its light distribution to the environment, i.e. suppress certain areas completely, whereas others are illuminated brightly. Now, the researchers are working on interconnecting Propix with other ultrasonic, radar or lidar (using laser radiation instead of radiowaves) sensors of the car. In case the sensors detect an obstacle located in a blind spot of the eye or camera, the headlight is to react autonomously and to illuminate the spot or dim the light. “By combining stationary street lights with variable headlights, optimum visibility will be achieved,” Professor Cornelius Neumann, Head of LTI, says.

And the goal is far more ambitious: Propix control is to be supplied not only with information from sensors of the own vehicle, but also from sensors on board of other vehicles or at the roadside. “The challenge consists in the interaction between the different sensors and the headlights,” Neumann says. Transferred to humans, the scientists want to equip the car with additional sensory organs. “No matter whether we see a person coming our way or we only hear this person’s steps, the information is the same: Somebody is approaching us,” Neumann explains. “If we can equip a car accordingly, we can make road traffic safer.”

The researchers plan to test their new technology on the Baden-Württemberg Test Area for Autonomous Driving that was opened in Karlsruhe in May this year. The project OpEr (Optimization of visibility of pedestrians based on interconnected infrastructure), hence, will be one of the first research projects executed on this area. For this, funding is granted by the state government.

Explanation of the short video: In case of the camouflage effect, lighting conditions blur the contrast between an object and its surroundings. In road traffic, this may have fatal consequences. Researchers of KIT want to enhance safety by interconnecting headlights and street lighting. The pedestrian on the left between the two street lights is hardly visible. Evaluation of the interconnected sensor images enables the high-resolution headlight to adapt light distribution and to make the pedestrian stand out from the background as a negative projection. For comparison: The woman on the front right that is not illuminated by the smart headlight remains barely visible.