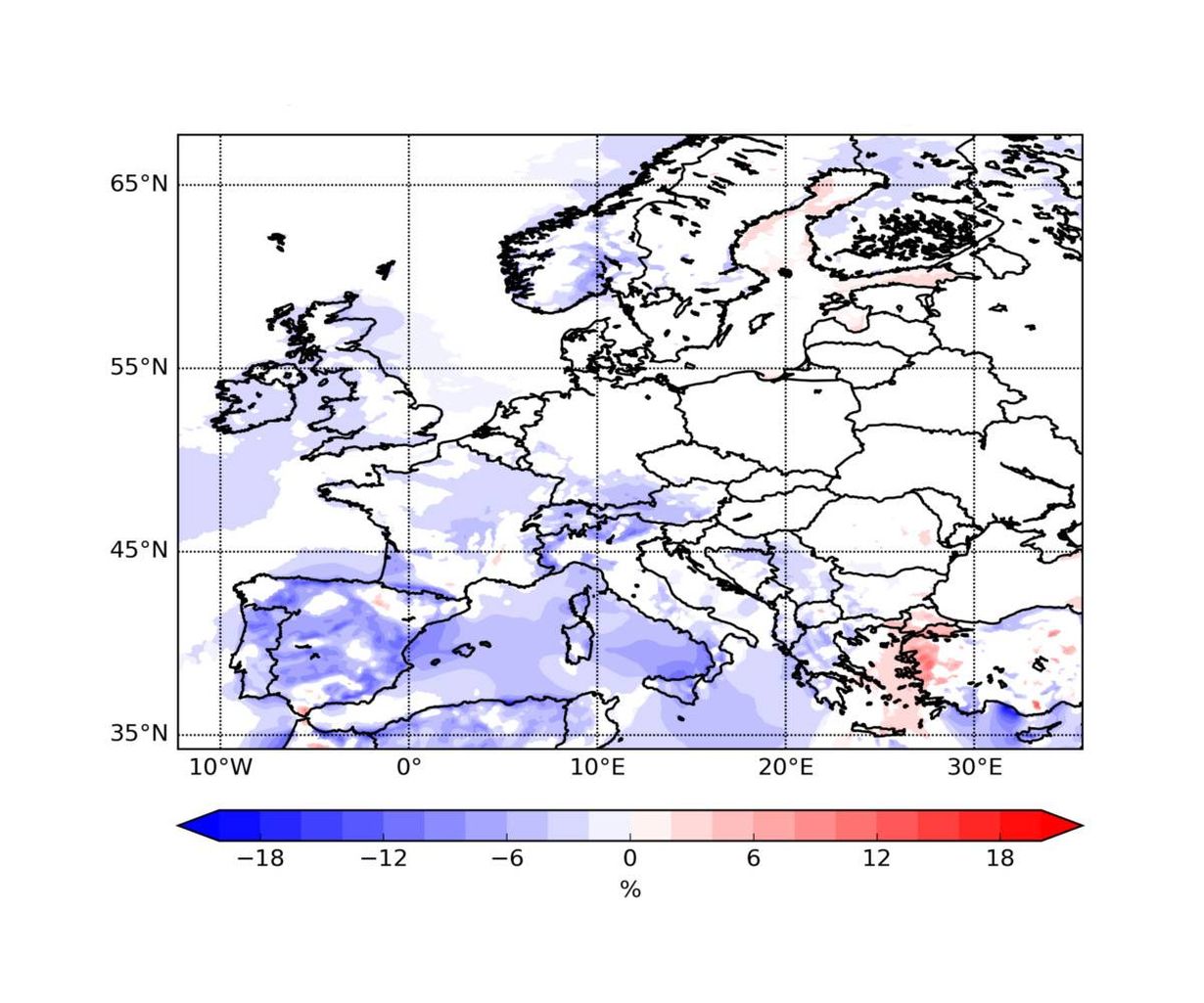 Climate change poses a big challenge for wind energy production in Europe. This is the conclusion of a study carried out by researchers of Karlsruhe Institute of Technology (KIT) using spatially and temporally highly resolved climate models. The mean wind power production of the entire European continent will only slightly change by the end of the 21st century. However, stronger seasonal fluctuations and a more frequent occurrence of low wind phases are expected. The researchers published their study in the Journal of Geophysical Research: Atmospheres. (DOI: 10.1029/2018JD028473)

Electricity from renewable sources already contributes a major share to the European energy supply. In the course of the energy transition, the share of regenerative sources in the German energy mix will be further increased. Wind power has proved to be a promising renewable energy source. Still, since wind power production is strongly influenced by the prevailing weather and climate conditions, it is subject to both short-term fluctuations and climate change. Scientists of the “Regional Climate and Weather Hazards” group of KIT’s Institute of Meteorology and Climate Research – Troposphere Research Division (IMK-TRO), together with researchers of the University of Cologne, analyzed regional climate projections to study future changes of wind speeds and wind energy potentials in Europe until the end of this century. The results are now published in the Journal of Geophysical Research:Atmospheres.

For their study, the researchers used a model ensemble of high spatial and temporal resolution, which is based on simulations of the European climate modeling project EURO-CORDEX (Coordinated Regional Climate Downscaling Experiment – European Domain). CORDEX is the regional contribution to  the IPCC (Intergovernmental Panel on Climate Change). The spatial resolution is twelve kilometers, and the temporal resolution is three hours. This  allows for a more precise quantification of wind power production on the regional scale. For the calculations, a typical wind power plant with a hub height  of 100 m is assumed.

The analysis reveals that only small variations of mean wind power production are to be expected at the continental scale for Europe by the end of the 21st century. These variations should remain within the range of plus/minus 5%. “For some countries, however, much higher changes in the range of plus/minus 20% can be expected“ says Professor Joaquim G. Pinto, who leads the “Regional Climate and Weather Hazards” group at IMK-TRO. “Moreover, these changes may be subject to strong seasonal fluctuations.”