What‘s That Smell? – Electronic Nose Recognizes a Variety of Scents

Within the “smelldect“ Project, KIT Researchers Develop a Sensor to “Smell“ Cable Fires or Spoilt Food 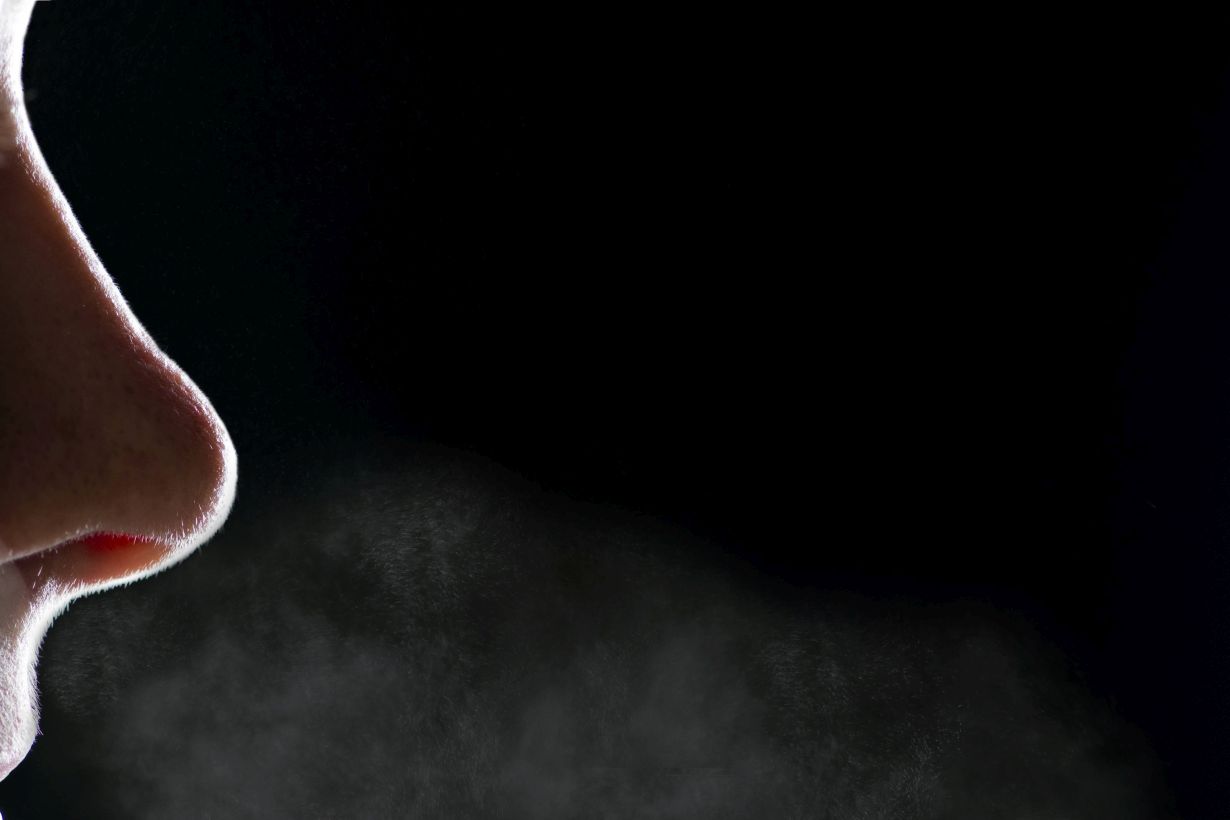 The electronic nose, like the human nose, perceives complex gas mixtures – i.e. scents – and can recognize them based on specific signal patterns. (Photo: Amadeus Bramsiepe, KIT)

Freshly ground coffee, popcorn, bio waste or smoke – in the course of life, we get to know different scents and thanks to our nose, we distinguish and identify them even without seeing their source. Within the smelldect project, scientists of Karlsruhe Institute of Technology (KIT) have now developed a sensor that can be taught different scents. The “electronic nose” is to be suited for everyday use and to smell potential hazards, such as smoldering cables or spoilt food, earlier than a human being.

The human nose consists of about ten million olfactory cells with about 400 different olfactory receptors. These receptors perceive the scents and generate a specific signal pattern. The brain allocates the signal pattern to a certain smell. “We use the biological nose as a model,” says Dr. Martin Sommer, who coordinates the smelldect project at KIT’s Institute of Microstructure Technology. “In our electronic nose, nanofibers react to complex gas mixtures – i.e. scents – and also generate signal patterns, on the basis of which the sensor identifies the scents.” The objective of smelldect is to develop a low-cost olfactory sensor suited for mass production and everyday use. The electronic nose only is a few centimeters in size. It contains the electronics needed, including the technology to evaluate the gases. The “nose” consists of a sensor chip equipped with nanowires made of tin dioxide on many individual sensors. The chip calculates specific signal patterns from the resistance changes of the individual sensors. These depend on the molecules in ambient air, differ for the different scents and, hence, are characteristic and recognizable. If a specific patterns has been taught to the chip before, the sensor can identify the scent within seconds.

To start the process, the researchers use a light-emitting diode that is integrated in the sensor housing and irradiates the nanowires with UV light. As a result, the initially very high electrical resistance of tin dioxide decreases, such that changes of resistance caused by molecules responsible for the smell and attached to the tin dioxide surface can be detected. “When the sensor perceives a smell, the resistance decreases further. If a smell disappears, the electrical resistance increases again to the initial level and the “nose” is ready for other measurements,” Sommer says.

The sensor chip can learn a number of different scents and, hence, can be used for various purposes: In the household for the control of ambient air or as smoke alarm, during shopping to find out how fresh the fish or meat is, to control the quality of e.g. honey, or as a nose of a robot. “The difficulty consists in the fact that a scent does not always remain the same. For instance, the smell of a rose in the sun differs from that of a rose in rain,” the physicist says. “Currently, we are training the electronic nose for specific uses which can be chosen universally however.”

The scientists of KIT want to develop a low-cost sensor for the mass market. “In the future, the electronic nose might be incorporated into all electric devices in order to prevent cable fires. Or it can be used in smartphones. When going shopping, everybody might be accompanied by his/her own highly sensitive electronic nose,” Sommer says.

As regards industrial manufacture and sales, KIT is supported by the project partners JVI Elektronik and FireEater. Both partners cooperated with the KIT under the EU project “SmokeSense” in 2015 already and developed a smart fire alarm based on an electronic nose. It detects low-temperature carbonization and combustion gases and allows for a reliable analysis to identify the burning material.