Secrets of the Big Bang and of Dark Matter 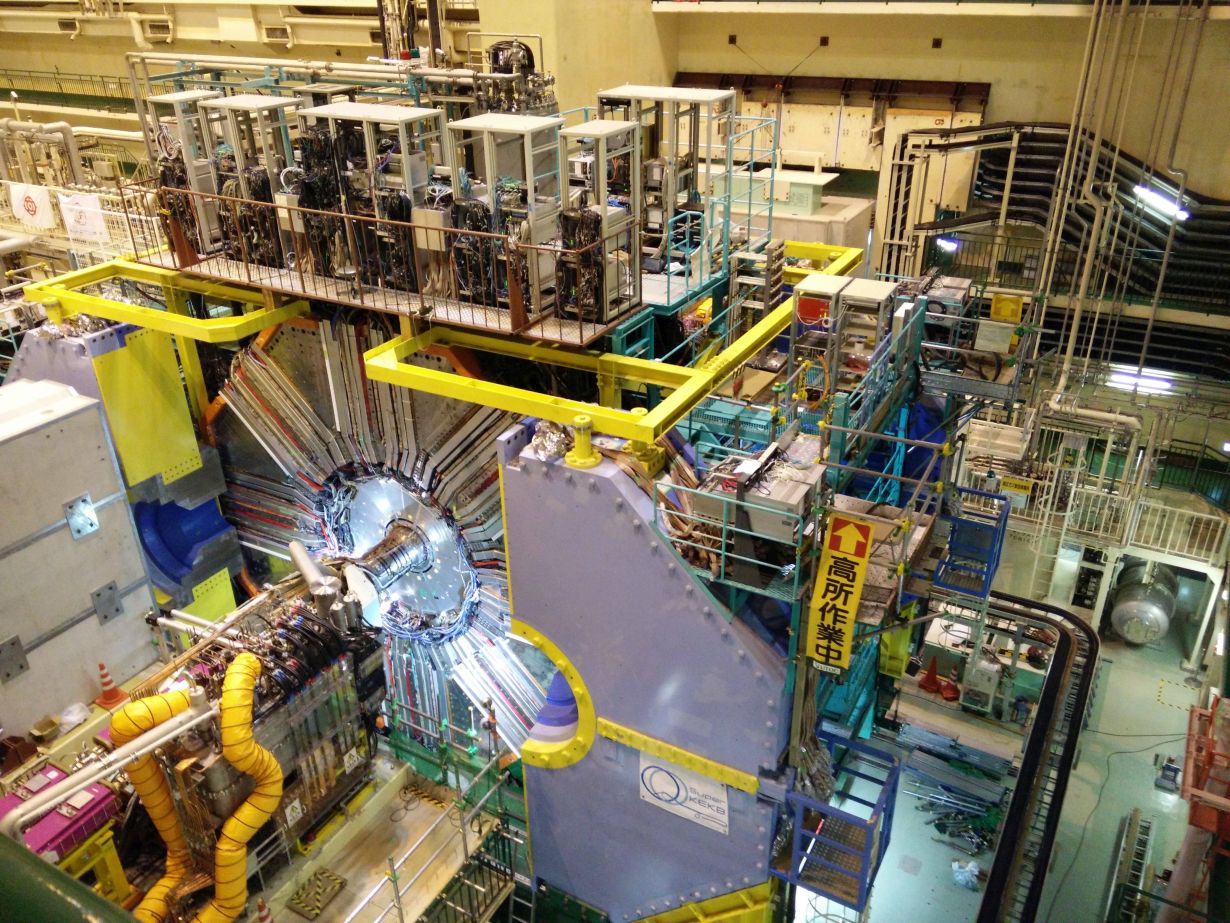 At the Japanese Research Center for Particle Physics KEK, the new particle accelerator experiment Belle II started operation after eight years of construction. Scientists from all over the world eagerly waited for news on the first collisions. 20 researchers of Karlsruhe Institute of Technology (KIT) are involved in the experiment. Based on the Belle II data, they want to study the events after the big bang and to find out the secret of dark matter. Yesterday evening at 5.23 pm German time, first data were measured. 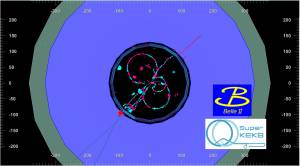 One of the first collision events. (Photo: KEK)

The Belle II detector was conceived in 2010 as the successor of the successful Belle experiment that had been carried out from 1999 to 2010 and enabled some remarkable findings in physical fundamental research. Belle II is located at KEK, a particle physics research center about 55 km northeast of Tokyo in Tsukuba, Ibaraki prefecture, Japan. In this particle accelerator, electrons with opposed anti-particles collide and produce heavy quarks and leptons, particles that no longer exist in today’s universe. “While the Large Hadron Collider at CERN is the accelerator with the highest energies – this is where the Higgs boson was discovered in 2012 -, the Japanese super accelerator has the world’s highest luminosity, a hundred times higher than that of facilities operated so far,” says Florian Bernlochner, Professor at KIT’s Institute of Experimental Particle Physics.

Based on the data, researchers want to explore precisely the events shortly after the big bang. Generation of so-called b-quarks and their anti-particles is of particular interest. Up to 50 billions of these matter-anti-matter pairs are to be produced in the next eight years. After a lifetime of just about one and a half trillionths of a second (10-12s), these heavy quarks decay into lighter, stable particles. Doing this, they violate the so-called CP symmetry (this discovery was granted a Nobel Prize in 2012), as matter and anti-matter show a slightly different behavior during decay.

“This asymmetry, however, is not sufficient to explain why a surplus of matter remained in the early universe after cooling. Today’s visible world is composed of this surplus,” Professor Bernlochner says.

For this reason, the Belle II experiment searches for new sources of CP violation as well as new phenomena and elementary particles. Searches for dark matter will be of particular importance. Dark matter is not directly visible and only weakly interacts with normal matter: The Belle II experiment will be able to search for medium-light particles with so far unreached precision. 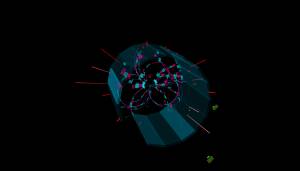 The blue lines are reconstructed tracks, the magenta and cyan-colored circles are hits in the track chamber, while the red histograms present energy depositions in the Belle II calorimeter. The green boxes are hits in the KL detector (an instrumented yoke to detect myons or long-lived kaons). (Photos: KEK) 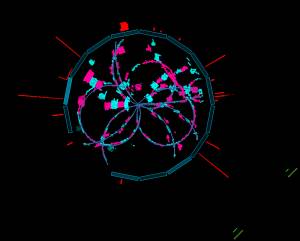 Several institutes of KIT have made important contributions to the Belle II experiment: The Institute for Theoretical Particle Physics was largely involved in the development of the planned physics program. The Institute of Experimental Particle Physics developed and implemented many algorithms to reconstruct real particles from the electronic signals of the detector. Only with their help can the collisions be analyzed. And the data of the meanwhile completed Belle experiment were used for important preliminary studies relating to the physical phenomena that are to be measured now. The Institute for Information Processing Technology developed new hardware to search for new phenomena in rare decays of tau-leptons. The Institute for Data Processing and Electronics and the ASIC and Detector Laboratory developed the radiation-resistant microchips for the activation and read-out of pixel sensors.