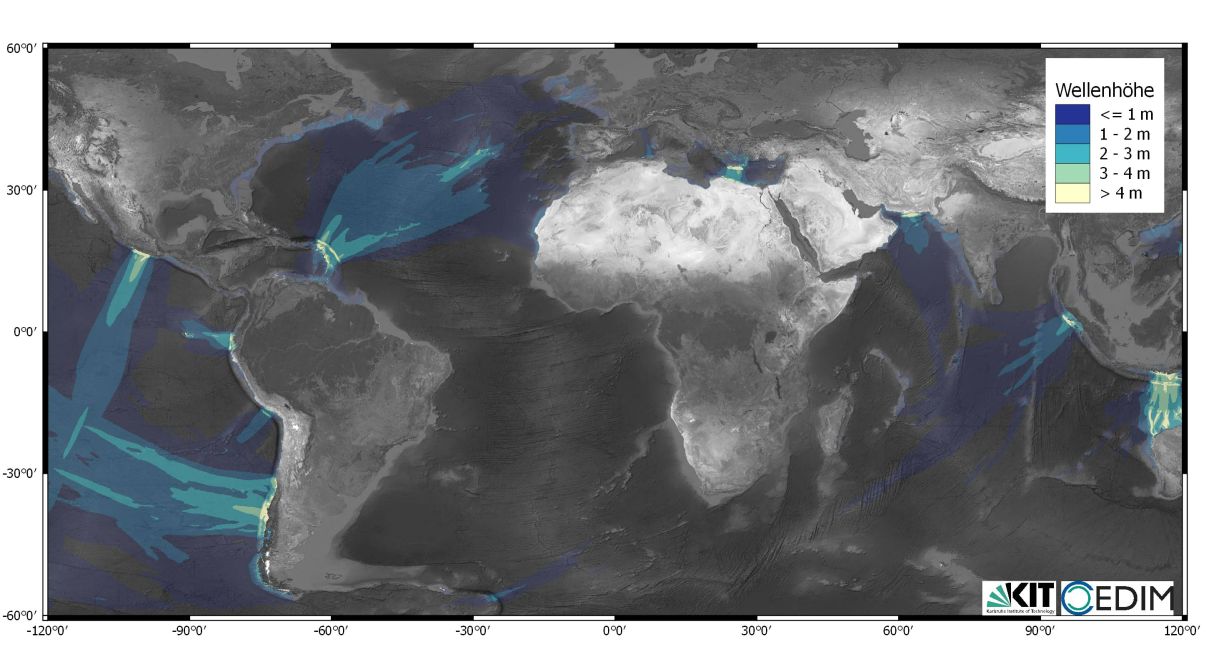 European tourists are more frequently going to places all over the world with significant tsunami risk, researchers have found. A global tourism destination risk index for tsunamis was released today at the 2018 Annual Conference of the European Geosciences Union (EGU) in Vienna, based on a study led by Andreas Schaefer of Karlsruhe Institute of Technology (KIT).  This study examined all prominent tourism destinations globally with regard to the potential tourism loss impact for businesses given the loss of beaches post-tsunami.

Andreas Schaefer, an engineering geophysicist at the Geophysical Institute at KIT, presented the team’s findings showing that the equivalent of over 250 million USD (ca. 200 million €) is lost annually to beach economies around the world. Based on the simulation model “TsuPy”, the team examined over 24,000 beaches and their contributions to over 10,000 tourism destinations globally to rank the risk of each destination in terms of their beach-related business value.

“In absolute terms, Hawaii is by far the highest risk area on the globe for tourism risk to tsunamis, as it can be affected by many possible tsunami sources from Japan, Alaska, South America and other regions”, said Schaefer,  “most of the loss would be monetary however due to significant investment in warnings.” The famous beach economy in Hawaii would have significant issues through the loss of infrastructure, erosion and other effects. The last major tsunami there occurred from the 1960 Chile earthquake with over 60 fatalities and around $500 million damage in today’s terms.

There are, however, many other locations globally where a devastating tsunami can cause damaging waves within minutes at beach resorts and towns, Schaefer said. Following the tsunami across the Indian Ocean in 2004, 228,000 people were killed, two thousand Europeans among them, and over $10 billion damage was caused. In 2011, in the Tohoku tsunami in Japan, despite warnings and seawalls, around 22,000 people died.

Using the tsunami simulation model “TsuPy”, developed by Schaefer, the KIT scientists “hit” 24,000 beaches with thousands of potential tsunamis In this way, many tsunamis that are possible, but have not actually happened were analysed. This allowed the research team to then evaluate the impacts of all the potential tsunamis on the local economy based around each beach. Schaefer’s interest peaked in the 2011 tsunami, when he was a young engineering student, he has since been working on the simulation model.

Over a billion US dollars is likely to be lost globally in the tourism sector somewhere around the world due to tsunamis every ten years, the researchers found. The beach-related business value at each tourism destination was developed from state, province and county tourism data from each country. “It was important to get the latest and best tourism and hotel information”, James Daniell, a Natural Hazards Risk Engineer who is part of the research team at KIT said, “not just international, but also domestic tourism plays a major role in the number of people at the tourism destinations – tourism contributes over 6 trillion USD directly and indirectly to the global economy every year”. The economic data for tourism, hotels and revenue was collected for over 10,000 states, provinces and counties globally in over 200 countries by the research group and finds a significant increase in the numbers of tourists heading to most vulnerable locations from Europe and abroad.

The researchers also studied the places on earth with the highest economic losses per dollar of tourism-related business. The top 5 consisted of 1) Guam, 2) Galapagos Islands in Ecuador, 3) Vanuatu, 4) Tonga and 5) Valparaiso in Chile. “These locations are most likely those to suffer most should a big tsunami strike as they are mostly small island nations with a significant need for tourist dollars“, Daniell said.

Are local destinations protecting themselves?

Whether tourists are likely to go to different places in the future is difficult to say, says Andreas Schäfer. “Every country is different, and it depends on the location and size of the country. In some past events, such as in the Indian Ocean, significant numbers of tourists stayed away from the entire region and prices decreased, due to beach loss, hotel damage and infrastructure issues.”

“In comparison to the significant rewards beach tourism offers globally, tsunami risk seems small, however, for those locations that are hit, the losses can be devastating“, says Schaefer. In the Maldives, more than 20% of the beach resorts closed down after the 2004 Indian Ocean earthquake and tsunami. In Phang Nga and Phuket in Thailand, around two thirds and a quarter of hotels respectively were gone within six months after the disaster.

“Some countries, Japan among them, are employing extreme measures such as increasing sea wall heights for coastal protection. However, such measures to prevent possible fatalities in the next tsunami are not available for most other, and often poorer places in the world” says Mr. Schaefer, “The best councils, businesses and hotels near the beaches can do is being adequately prepared and work on emergency and evacuation planning to save the lives of the people going there. I hope that our risk index can provide a first step to alerting certain locations to their potential risk for tsunamis.”

Andreas Schaefer presented this research in the session “Global and continental scale risk assessment for natural hazards” at the 2018 Annual Conference of the European Geosciences Union (EGU) in Vienna.

Andreas Schaefer and James Daniell both contribute to the Center for Disaster Management and Risk Reduction Technology (CEDIM) at KIT, an interdisciplinary research center in the field of disaster management. For further information: https://www.cedim.de/english