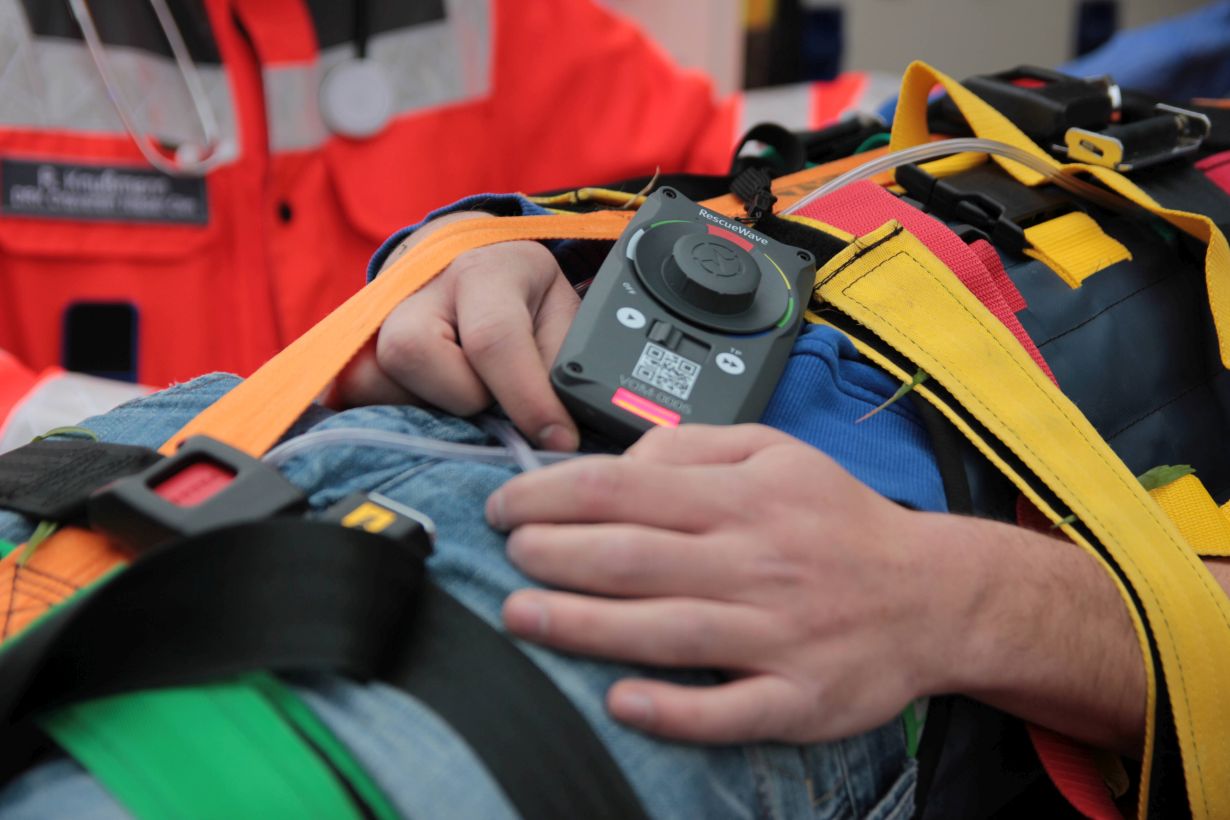 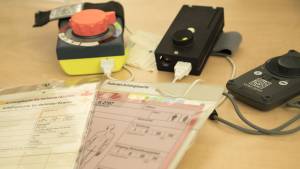 The result is RescueWave: Instead of cards, the emergency physician distributes electronic sensor devices, by means of which casualties can be localized automatically and patient information can be acquired and transmitted to the headquarter in real time. With the help of data from radio-networked devices and a software specially developed for emergency operations, the headquarter, even under most chaotic conditions, can coordinate vehicles and rescue forces on site and send them to the casualties as required. Through networking, also hospitals, control centers, and crisis teams can be connected. The information gathered is available to the task forces and emergency management staff anytime. Cards, tally sheets, clip boards, and notebooks are no longer required. Misunderstandings are prevented. Decisions can be made more quickly and on the basis of reliable data. It took more than ten years for the idea to be implemented. This was mainly due to the complexity of the problem, says Dr. Stephan Heuer, who coordinated system implementation at ITK Engineering and worked as a scientist at FZI. “Technical systems for rescue services always are highly complex. In a situation of maximum stress, rescue forces must fully concentrate on their emergency care task proper. An assistance system must not ask the user to make unnecessary decisions. It must be clear and robust and intuitive operation must be guaranteed. The RescueWave devices, for instance, are designed for temperatures between -20 and +50°C and are splash-proof.”

The system has already passed a first practical test by emergency response units in the district of Germersheim, Rhineland-Palatinate. Wilhelm Stork is confident that the system will prevail on the market. “At the RETTmobil 2017 trade show, this concept turned out to be an absolute hit. Several German cities and districts have already expressed their interest.”