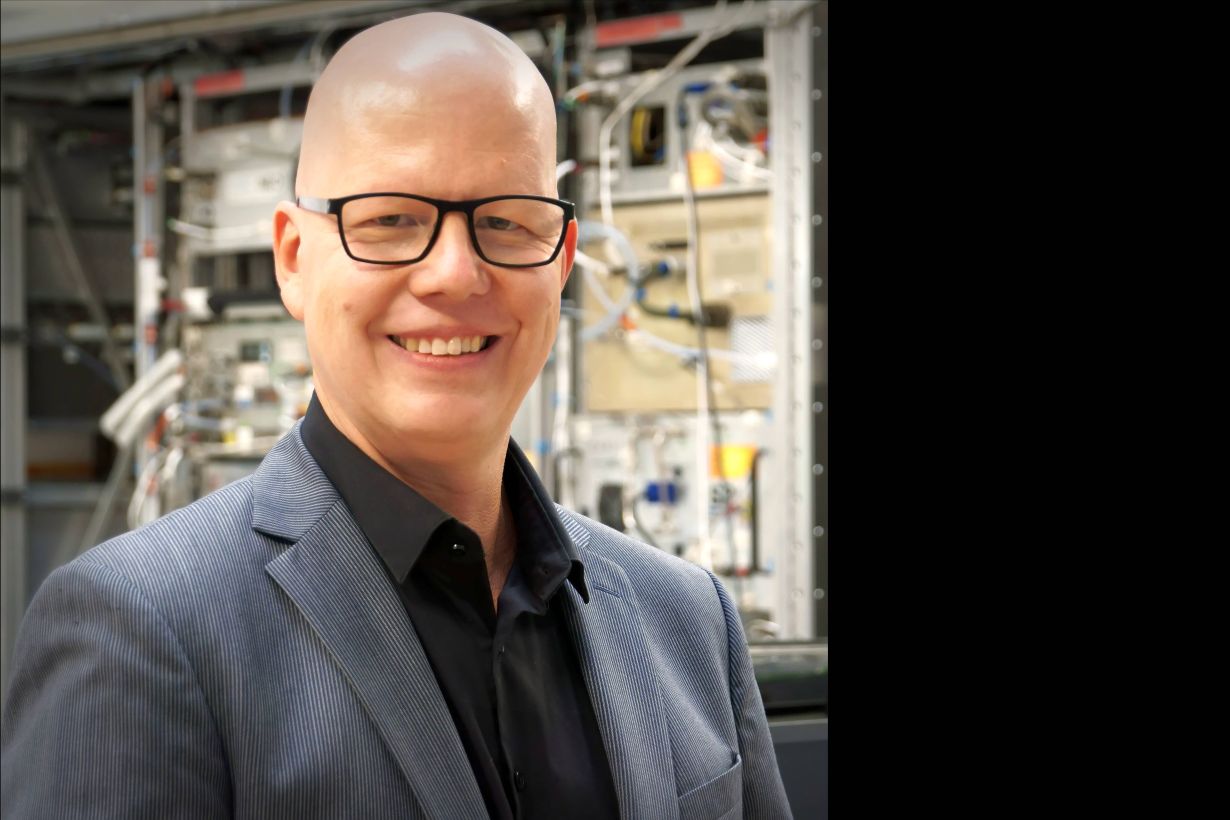 Climate researcher Professor Johannes Orphal from Karlsruhe Institute of Technology (KIT) will be awarded the renowned Gay-Lussac-Humboldt Prize of the Paris Académie des Sciences. By awarding this prize, the academy honors the researcher’s outstanding contributions to remote sensing of the Earth’s atmosphere. The Gay-Lussac-Humboldt Prize is awarded every year to two exceptional German researchers with particular merits in German-French cooperation. The prize was created in 1981 by the then French president Valéry Giscard d’Estaing and the then German chancellor Helmut Schmidt. It is endowed with 60,000 euros.

“Professor Orphal is one of our leading scientists in climate research. With his work, he has set international standards,” says President of KIT Professor Holger Hanselka. “His research, in particular on atmospheric trace gases, highlights important factors that cause climate change. Through science, Professor Orphal intends to contribute to the protection of our natural resources. We are proud of the fact that Johannes Orphal researches and teaches at the KIT.”

“This award is an extraordinary honor and an incentive for me to further expand our German-French cooperation in climate research in the future,” points out Johannes Orphal, who has been researching and teaching at KIT since 2009.

Professor Johannes Orphal heads the Institute for Meteorology and Climate Research – Atmospheric Trace Gases and Remote Sensing (IMK-ASF) of KIT and is scientific spokesman of the program “Atmosphere and Climate” in the research field “Earth and Environment” of the Helmholtz Association.

Often acting as lead researcher, Professor Orphal has contributed to various national and international research projects, among others to the satellite program AtmoSat, which was rated excellent by the German Council of Science and Humanities (Wissenschaftsrat) in 2017. Johannes Orphal is a consultant to the European space agencies ESA and EUMETSAT and advises various scientific organizations worldwide. One of his specialties are high-precision measurements of atmospheric trace gases in the laboratory and with innovative optical instruments from ground stations, aircraft, high-altitude balloons, and satellites. The methods developed by him find manifold applications in climate research and  weather forecasting, air quality and ozone layer monitoring, and monitoring of worldwide greenhouse gas emissions. Since 2013, Professor Orphal has been essentially contributing to the establishment of EUCOR – The European Campus, an association of the universities of Basel, Colmar-Mulhouse, Freiburg, Karlsruhe, and Strasbourg.

Johannes Orphal studied physics at the Humboldt University of Berlin. He then took his doctorate on high-resolution infrared spectroscopy of atmospheric trace gases at Université Paris-Sud in Orsay. After having dealt with European satellite projects at the University of Bremen for several years, he was appointed as a “Chargé de Recherche” by the French Centre National de la Recherche Scientifique (CNRS) in 1999. In 2002, he qualified as a university lecturer in Orsay and in 2006 became a professor in physics at Université Paris-Est in Créteil. Since 2009, Professor Orphal has been researching and teaching at the KIT in Karlsruhe.

The Gay-Lussac-Humboldt Prize of the Paris Académie des Sciences is named after the French physicist and chemist Joseph-Louis Gay-Lussac (1778 – 1850) and the German naturalist Alexander von Humboldt (1769 – 1859), who from 1804 on carried out joint studies on, among others, the composition of air at high altitudes.