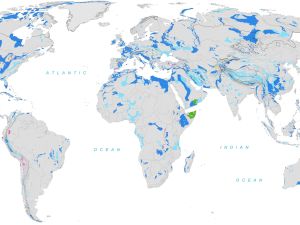 Up to one quarter of global population depends entirely or partly on freshwater from karst rock layers. The branched karst aquifers, however, also distribute pollutants over wide areas. So far, a detailed overview of global distribution of these karst aquifers has been lacking. Now, an international team of scientists under the auspices of UNESCO and the professional leadership of Karlsruhe Institute of Technology (KIT) has produced a “World Karst Aquifer Map” (WOKAM) to improve international protection and management of karst aquifers.

Karst aquifers are formations of carbonate rocks, such as limestone, dolomite, or chalk, in which chemical dissolution processes have formed an interconnected network of crevices, tubes, and caves. Karst aquifers can store groundwater and transfer it over large distances, often beyond country borders. They are of high relevance to public water supply: Up to one quarter of the world’s population is entirely or partly dependent on freshwater from karst layers. However, pollutants may spread easily over wide areas via the branched aquifers. For this reason, they require special protection. So far, [Textfeld: The „Blautopf“ in Blaubeuren, one of the biggest karst springs in Germany. (Photo: Nico Goldscheider, KIT)] knowledge about the occurrence of karst aquifers has been available regionally only, with datasets differing considerably. 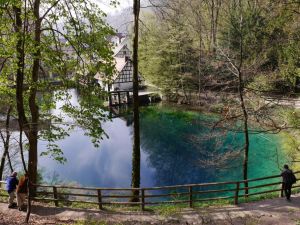 The „Blautopf“ in Blaubeuren, one of the biggest karst springs in Germany. (Photo: Nico Goldscheider, KIT)

An international project of the Hydrogeology Division of the Institute of Applied Geosciences (AGW) of KIT and the Bundesanstalt für Geowissenschaften und Rohstoffe (BGR, Federal Institute for Geosciences and Natural Resources) as the central geoscientific authority providing advice to the German federal government, together with scientists from 44 countries, has now produced the “World Karst Aquifer Map” (WOKAM), a map of global water-bearing karst rock layers. “With this map, we can now estimate global distribution of karst aquifers according to standardized criteria for the first time,” Professor Nico Goldscheider, KIT, says. He initiated and headed the project. According to the findings, 14.7% of the Earth’s surface entirely or partly consists of karst carbonate rocks. The fraction is highest in Europe with 21.6%. As some big cities, such as Vienna, Rome, San Antonio, Damascus, and Taiyuan are supplied with drinking water from karst springs, WOKAM does not only show the distribution of karst aquifers, but also a selection of the most important karst springs and caves. 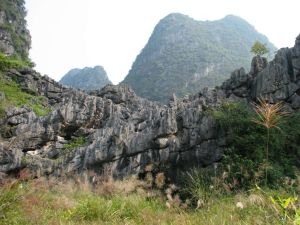 The map is part of the “World-wide Hydrogeological Mapping and Assessment Programme” (WHYMAP), under which the UNESCO, together with BGR and other international scientific organizations, collects knowledge about the situation and distribution of worldwide groundwater resources. Within this international collaboration funded by the “International Association of Hydrogeologists” (IAH) and the UNESCO, WOKAM was produced. “Eventually, this map was realized in close cooperation with regional experts only,” Goldscheider says. “It was fascinating to see how more than 90 colleagues from all continents contributed cost-free.” All parties were not only enthusiastic about karst hydrology, they also were committed to enhancing the protection of karst areas. The new map shows karst aquifers in much more detail and more comprehensively than earlier maps and, hence, enables sustainable border-crossing management of groundwater resources. 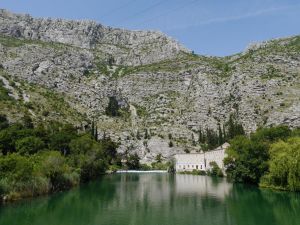 The Ombla spring in Croatia. With an average discharge of 24 m3/s, it is one of the biggest karst springs worldwide. (Photo: Nico Goldscheider, KIT)

Presently, 2000 printed copies of WOKAM are being disseminated in order to make the knowledge collected about karst aquifers internationally accessible. In future, the map is to draw the attention of the public and decision-makers to larger geological relationships associated with karst processes, Goldscheider points out. Karst landscapes are not only important to water supply, they also play an important role in the absorption of atmospheric CO2 and, hence, are of relevance to global climate. Moreover, they often represent hotspots of biodiversity. Thanks to the high diversity of species encountered there, many karst landscapes are UNESCO World Heritage sites.