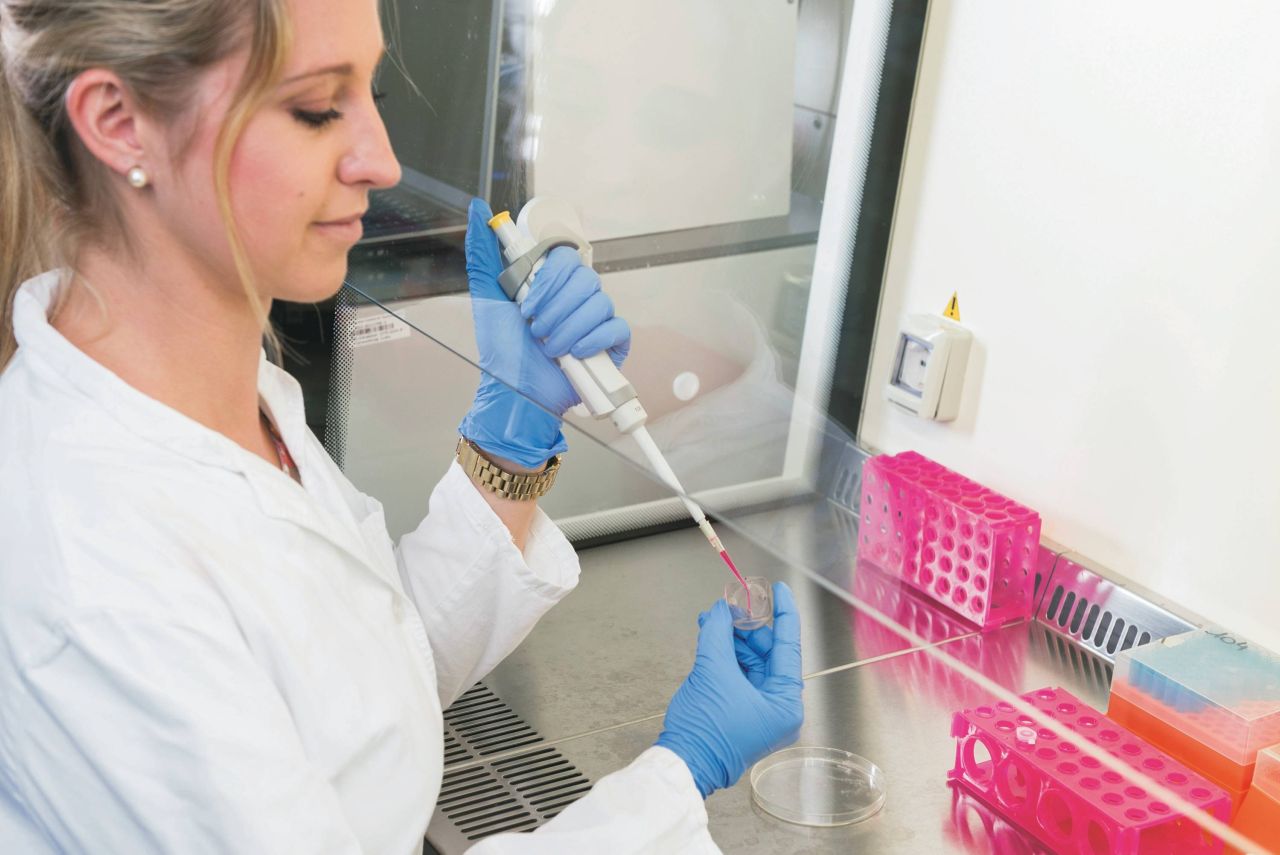 Miniaturized organs on a chip enable drug tests prior to application to humans. At Karlsruhe Institute of Technology (KIT), the team of Professor Ute Schepers has developed such an organ-on-a-chip system with accurately modeled blood vessels. In the category of “Young Researcher,” doctoral candidate Vanessa Kappings, who is involved in the further development of the “vasQchip,” has now been granted the 2017 LUSH PRIZE supporting animal-free testing in the amount of EUR 12,000 for her project.

New drugs are in high demand all over the world to treat infectious diseases, such as Ebola or AIDS, or age- and environmentally related diseases, such as Alzheimer’s or cancer. Production of potential active substances meanwhile has become easier, but subsequent clinical studies still are time-consuming and expensive. Moreover, tests of new drugs on humans are associated with risks. Consequently, new substances are tested, characterized, and validated in conventional 2D cell cultures and animal tests prior to use. Nevertheless, the results produced in conventional 2D cell culture systems are often unreliable, because the cells grow in a 3-dimensional architecture in the human body and communicate with the surrounding matrix and other types of cells. Animal tests are expensive and time-consuming and cannot simply be transferred to human beings due to the altered genetic background. In addition, animal tests are ethically controversial.

Consequently, researchers develop so-called organ-on-a-chip systems. Based on cells of healthy humans and patients, miniaturized organs are applied onto a chip using 3D printing methods. The team of Professor Ute Schepers of KIT’s Institute of Toxicology and Genetics (ITG) has developed such a system with a physiologically correct model of a blood vessel system using round, porous channels. At KIT’s spinoff vasQlab, Schepers further develops the “vasQchip” in cooperation with scientists of other disciplines. One of them is doctoral candidate Vanessa Kappings, who studied chemical biology at KIT and works in the area of tissue engineering, i.e. artificial production of biological tissues.

On the “vasQchip,” the substances to be tested enter the miniaturized organs via the artificial blood vessels. The organs’ reaction can then be evaluated automatically. Thus, the effects and compatibility of a substance can already be studied in the pre-clinical phase without animal experiments or tests on human beings being required. Miniaturization enables parallelization and automation of thousands of tests on smallest space. Presently, the team is working on the development of perfused skin, liver, intestinal, and grain models as well as on tumor models and on the combination of various miniaturized organs on a chip. “We want to supply pharmaceutical and cosmetic industries with better alternatives to animal tests and convince them of the advantages: A more precise prognosis of the effect on human beings, reduced costs, and replacement of tests on human beings and animals,” Vanessa Kappings says. Her work currently focuses on the development of tumor models.

For her research, Vanessa Kappings was granted the 2017 LUSH PRIZE in the category of “Young Researcher.” The prize is associated with funds in the amount of EUR 12,000. The LUSH PRIZE is granted by the British cosmetics company LUSH and Ethical Consumer, a co-operative of research, publishing, and campaign groups based in Manchester. The LUSH PRIZE granted in the categories of Science, Young Researcher, Training, Lobbying, and Public Awareness seeks to support the development and use of animal-free test methods. Since 2012, more than EUR 1.6 million have been granted to the corresponding projects. The 2017 LUSH PRIZE ceremony took place on November 10 in London. Prize money in the total amount of about EUR 390,000 was handed over to the winners.