Hunting for the Finest Droplet 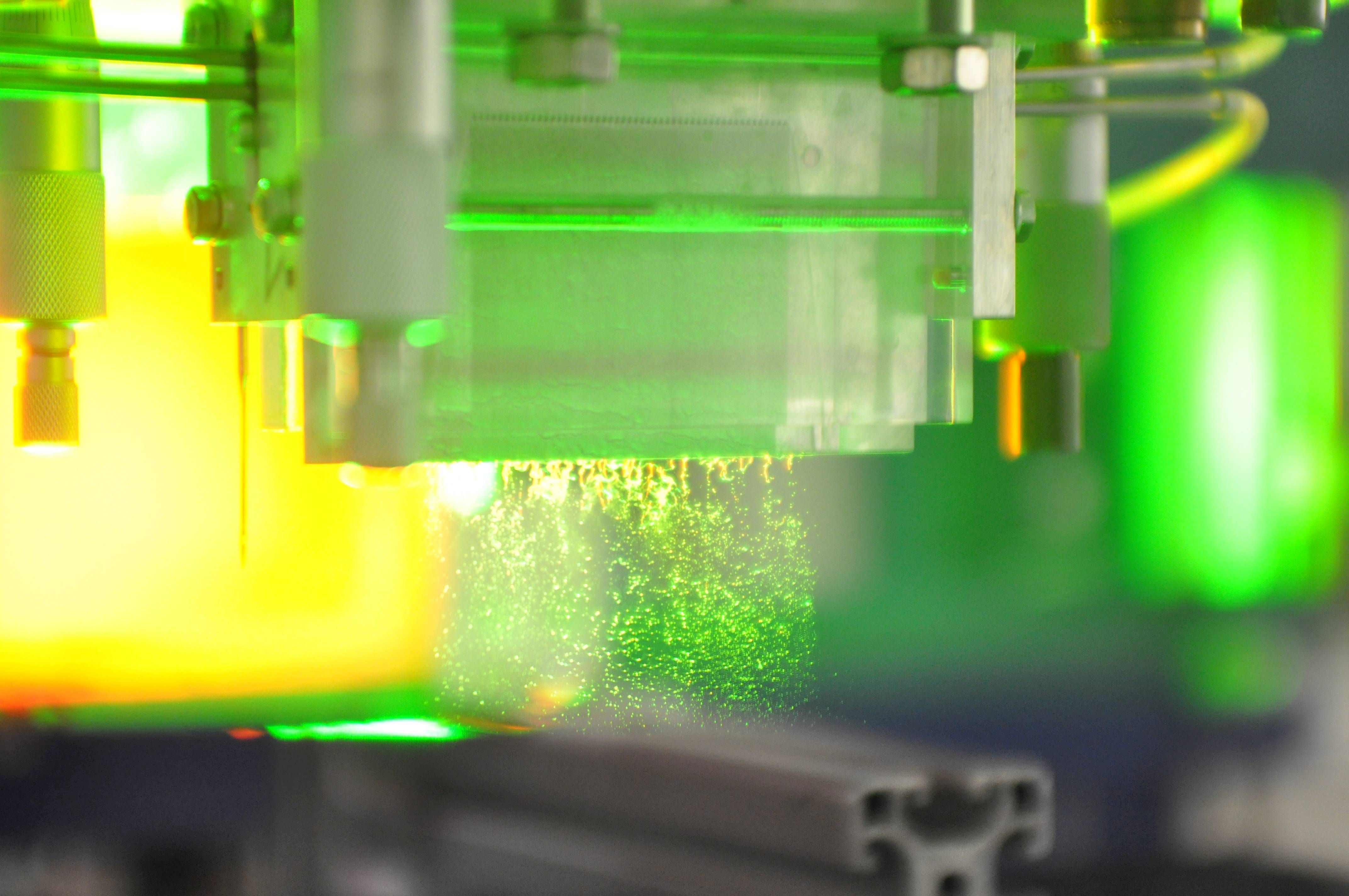 Modern passenger airplanes already consume less than three liters fuel per one hundred kilometers and passenger. At the University Technology Centre of Rolls-Royce, scientists of Karlsruhe Institute of Technology (KIT) are currently working on further improving this value. In addition, engineers plan to optimize the combustion process such that exhaust gas emission is reduced considerably. For this purpose, they use supercomputers and simulation methods that are usually applied for tsunami calculations or for water effects in computer games.

To produce less pollutants, such as carbon black or nitrogen oxides, in aviation, it is not sufficient to reduce consumption, says Rainer Koch, Head of the Combustion Chamber Development Group of KIT’s Institute of Thermal Turbomachines (ITS). It is rather necessary to improve combustion proper. To further enhance environmental compatibility, reliability, and economic efficiency of aircraft engines, the researchers have been cooperating for exactly ten years now with the engine manufacturer Rolls-Royce at a so-called University Technology Centre (UTC). Reaching the above goals is difficult: Observing the combustion process alone is far from easy in a machine, in which all four strokes – intake, compression, combustion, and exhaust – take place simultaneously and continuously contrary to the piston engine. In aircraft engines, air flows at a speed of 300 m per second and temperatures are far above the melting point of the materials used. Experimental studies of fuel injection, pollutant formation, and pollutant prevention are accordingly expensive and complex.

For the relating studies, Koch and his team designed a virtual nozzle test rig, by means of which pollutant formation in the combustion chamber can be predicted with the help of numerical methods. The method used by the engineers to calculate and visualize the size, shape, trajectory, and dynamics of millions of smallest kerosene droplets is called smoothed particle hydrodynamics. Originally, it was used by astrophysicists to calculate explosions of entire galaxies. Later, it was applied for the simulation of tsunamis and for visual effects in films and video games. “We then decided to use it for fuel atomization,” Koch says.

For simulation, technical data of the injection nozzle are input in the supercomputer, explains Thilo Dauch, scientist of ITS. The nozzle is divided into smallest areas, called volume elements, on the computer. 1.2 billion volume elements are then analyzed. Usually, between a million and up to 100 million volume elements are used by industry and research in other cases. The data volume also is impressive: 60 terabytes of data are generated by the program in one test run. After about a month, the result is available. “With a conventional PC, you would need 72 years,” Dauch says. The expenditure is worthwhile: “An aircraft engine costs between 5 and 20 millions. A day in the engine test rig only costs several 10,000 Euros.”

And scientists get more than just tables of figures. “We can also look directly into the combustion chamber,” Koch says. In the 3D simulation, researchers can watch the fuel forming lasso-shaped streaks, which then become bubbles that burst and scatter in the form of droplets of variable shape. This fascinating spectacle is of high practical use when searching for the droplet having the best fitting shape and size. Optical impression serves to check the calculations and to develop in-depth understanding of the processes taking place in the combustion chamber. “We have already succeeded in considerably improving the injection nozzle,” Koch emphasizes. “And we will continue to do so.”

In future, the researchers plan to use their method in other areas as well. Droplets are encountered anywhere, from the production of detergents and tools to painting and coating work.

The UTC of KIT was established in 2007. Research concentrates on cooling, sealing, and combustion chamber technologies of future aircraft engines. “Work at UTC is characterized by permanent interaction of practice, simulation, and experiment,” says Hans-Jörg Bauer, Head of ITS. Engineers define the problems to be studied, scientists develop models on the computer and check them in the experiment. “The results are then incorporated in practical development,” Bauer continues. Hence, the UTC contributes essentially to the development of new and better engines. “In addition, research cooperation provides students and doctoral researchers with the opportunity to cooperate with leading scientists and experienced engineers and to conduct research for latest technology development,” Bauer says. So far, more than 70 doctoral researchers and several hundred students have worked on current and future aspects of aircraft engine research at the UTC in cooperation with Rolls-Royce.

The 10th anniversary of the UTC will be celebrated on Tuesday, November 14, at ITS. Journalists are cordially invited.