Thunderstorm Activity Is Highest at Foot of the Zugspitze

Every Year, Storm, Hail, and Heavy Rains Cause a Damage of EUR 2 Billion on the Average – KIT Researchers Studied Thunderstorm and Lightning Activity 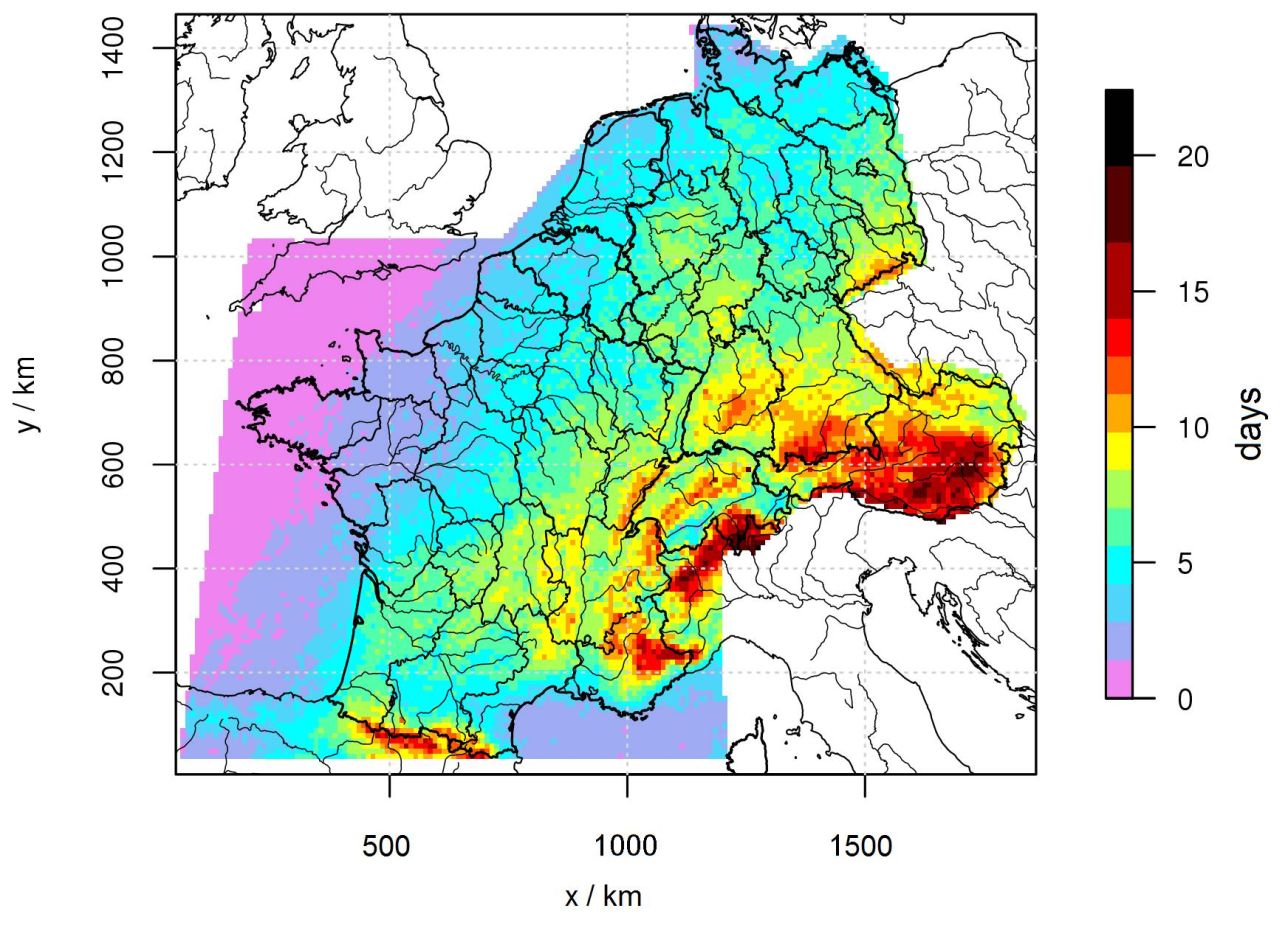 Those who are afraid of thunderstorms should move to Kiel, whereas those who do not feel threatened by thunder and lightning should settle in Garmisch-Partenkirchen, because average thunderstorm activity is lowest in the city in Northern Germany and highest in the city in Bavaria. Scientists of Karlsruhe Institute of Technology (KIT) evaluated data on thunderstorm occurrences and published their findings in the Natural Hazards and Earth System Sciences journal.

The frequency of thunderstorms may not only affect people’s nerves, but also burden their purse: “Heavy thunderstorms, in particular those associated with large hailstones, strong rains, and wind gusts, often cause considerable damage to buildings, vehicles, and agriculture,” says Michael Kunz of KIT’s Institute for Meteorology and Climate Research (IMK). Examples are the two very heavy thunderstorms in late July 2013 in Lower Saxony and South Germany. They caused damage in the amount of about EUR 3 billion. “This was the biggest insured damage caused by natural disasters worldwide in that year,” Kunz adds. According to data of reinsurance companies, severe thunderstorms caused a total damage of EUR 10.4 billion in the past five years.

When including Austria, Switzerland, Benelux countries, and France, it can be seen that the number of thunderstorm days increases from Northwest to Southeast. It is highest in parts of the Southern Alps in Austria and a strip of land extending from the Ticino to the neighborhood of Turin. The absolute peak is found to be in the Steiermark region with 34 thunderstorm days in 2009.

Thunderstorm activity is determined by three factors: Distance from the sea, local landscape, and humidity close to the ground. “The sea has a thunderstorm-inhibiting influence, as water cools down and, hence, stabilizes the bottom air layers in summer,” Piper says. Mountainous terrain forces the air to ascend and facilitates thunderstorm development.

According to the weather experts, however, no increase or decrease of thunderstorm activity can be observed. Instead, thunderstorm activity varies strongly from year to year. These annual fluctuations are determined by large-area flow patterns and the sea surface temperature. In large parts of the investigation area, for instance, thunderstorm activity is strongly reduced by strong west wind. In future, the researchers plan to study this high annual variability that is of particular interest to insurance companies.