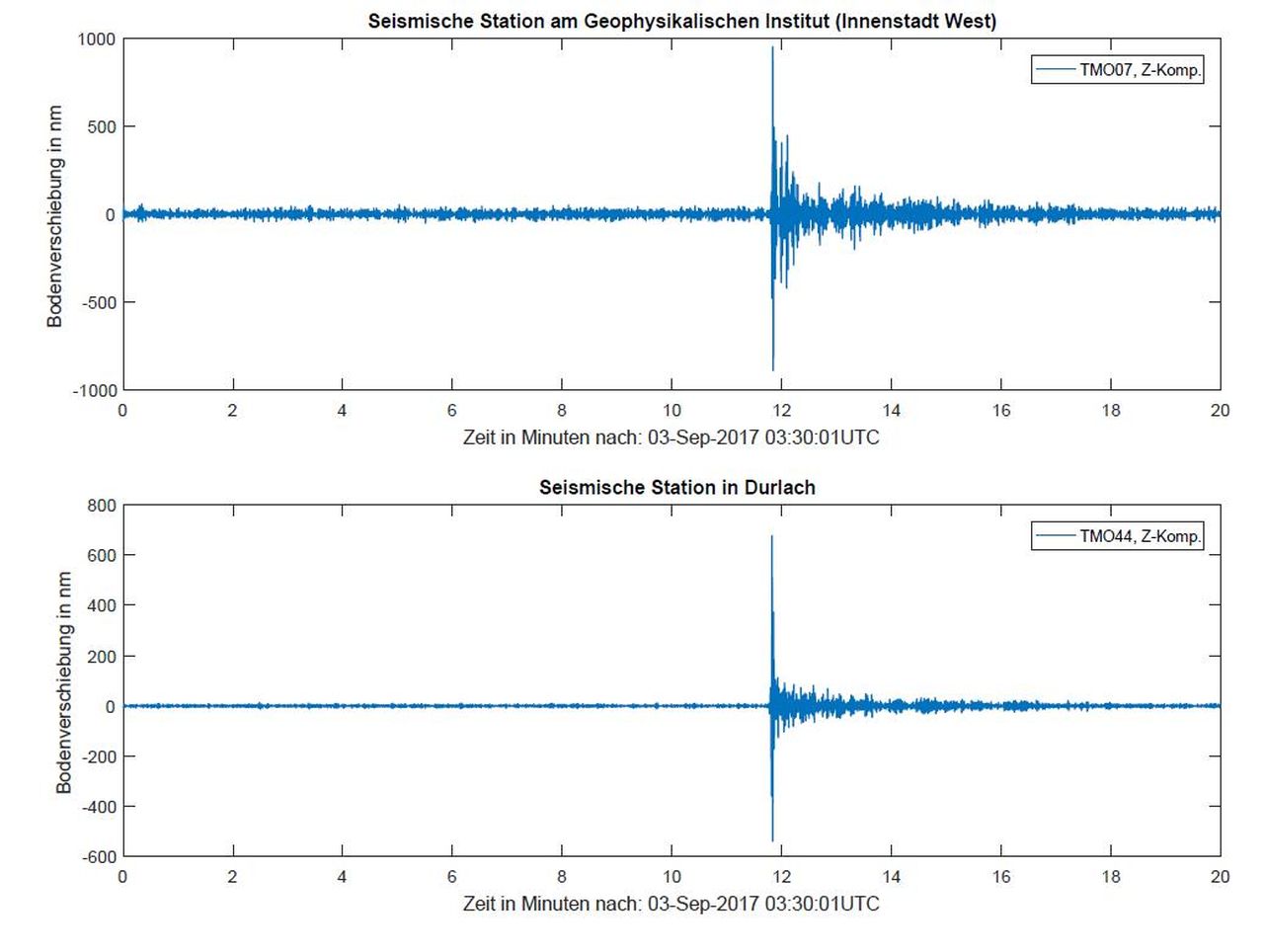 Sunday’s North Korean nuclear test raised Karlsruhe by one micrometer. (Photo: KIT, GPI) ((Recordings by the seismic stations at GPI and in Durlach after the nuclear test))

The recent nuclear test by the regime in North Korea was even measurable in Southwest Germany. Two seismic stations run by scientists of Karlsruhe Institute of Technology (KIT) in the Karlsruhe city center and in Durlach recorded vibrations of 6.3 in body wave magnitude in the night from Saturday to Sunday.

“This corresponds to about a moderate earthquake,” Toni Zieger of KIT’s Geophysical Institute (GPI) says. “However, the detonation could not be felt here,” Zieger explains. The stations that belong to the Karlsruhe Wide Band Array (KABBA) run by GPI are equipped with highly sensitive measurement instruments that perceive shocks worldwide. According to the Helmholtz Centre Potsdam (GFZ), the detonation in North Korea took place at 5.30 am (MEST) in the night from Saturday to Sunday. About twelve minutes later, the seismic waves arrived in Karlsruhe. They made the ground in Karlsruhe rise and subside by about one micrometer.