Scientific Evaluation Is Decision Basis for National Roadmap – Council: AtmoSat Data Will Be ”Unique” and “of Highest Relevance” 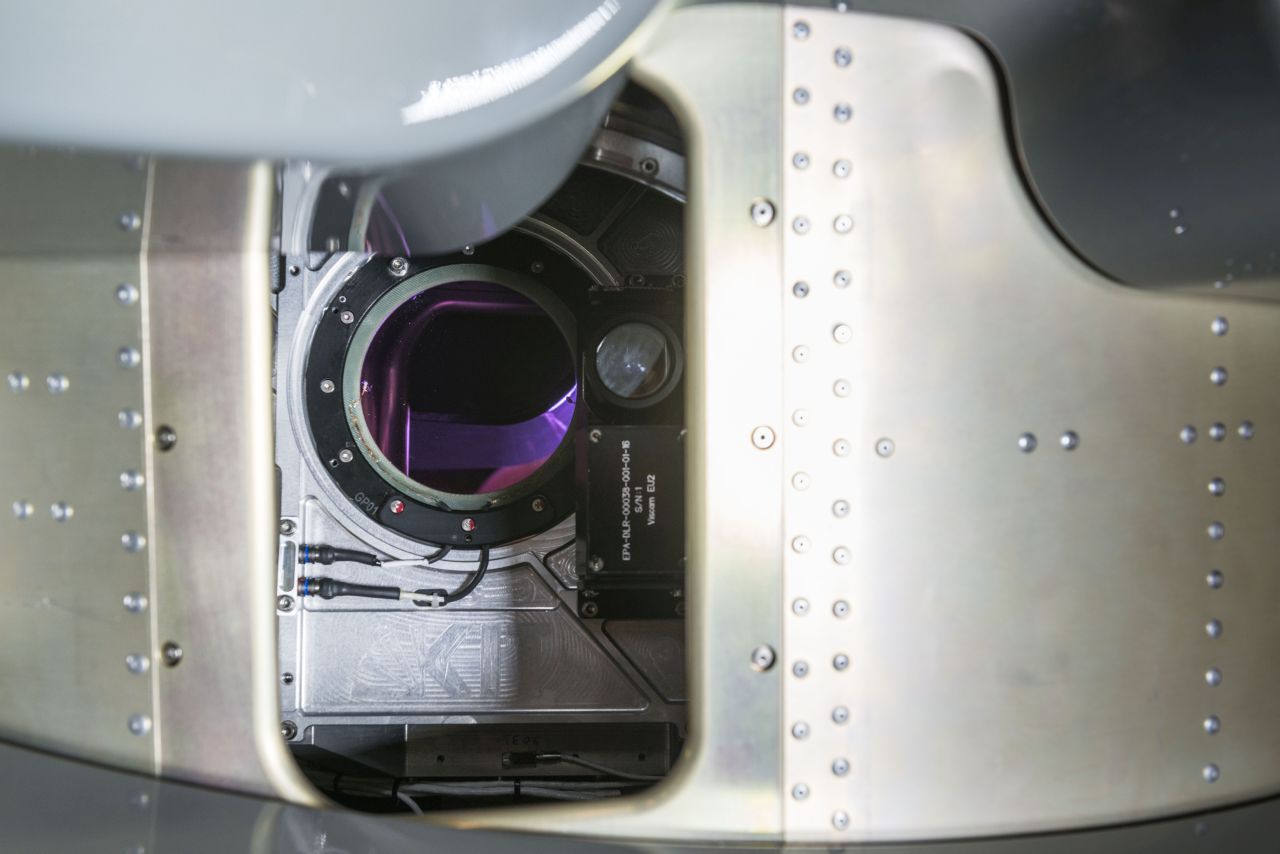 GLORIA, the aircraft-based prototype of AtmoSat, has been operated on the HALO research aircraft since 2012. (Photo: Laila Tkotz, KIT)

Processes in the middle atmosphere between five and 100 km height influence global and regional climate. Detailed investigation of this influence is the goal of AtmoSat. This joint concept of Karlsruhe Institute of Technology (KIT) and Forschungszentrum Jülich (FZJ) will combine satellite observation with data infrastructure. Another partner is the German Research Center for Geosciences (GFZ). After thorough evaluation of new research infrastructures proposed, the German Council of Science and Humanities has rated AtmoSat as outstanding. This scientific evaluation is the decision basis for inclusion in the national roadmap.

Also with respect to its scientific potential, the project reached the highest possible score: AtmoSat will supply highly valuable measurement data of the middle atmosphere and enable “groundbreaking findings in atmosphere chemistry and physics processes,” says the Council of Science and Humanities. It considers the datasets “to be of highest relevance to studying global climate change.”

“Climate change is presently changing living conditions on Earth and represents a big challenge for us and following generations. Detailed investigation of relationships requires new data and exchange within the worldwide community. The AtmoSat infrastructure will enable both. The great rating by the Council of Science and Humanities reflects the uniqueness and enormous significance of the concept,” says the President of KIT, Professor Holger Hanselka.

“Excellent rating of the AtmoSat research infrastructure by the Council of Science and Humanities also accounts for the achievements of our scientists, who have developed and validated an innovative technology for high-resolution measurement of atmospheric trace gases in the past ten years,” Professor Wolfgang Marquardt, Chairman of the Board of Directors of Forschungszentrum Jülich, says. “The data measured by the planned satellite missions will enable global community to significantly improve climate models.”

In its report, the Council of Science and Humanities also points out that AtmoSat will generate worldwide visibility and considerably strengthen the role of Germany in climate research.

“AtmoSat is a satellite observing the middle atmosphere and studying the influence of the height range between five and 100 kilometers on global and regional climate,” Professor Johannes Orphal of the Atmospheric Trace Gases and Remote Sensing Division of KIT’s Institute for Meteorology and Climate Research says. Researchers of KIT and FZJ will use a jointly developed new method for infrared remote sensing of atmospheric trace gases that was tested on the German HALO aircraft. “With this method, we can produce three-dimensional maps of the most important trace gases in the middle atmosphere, including ozone, methane, and water vapor,” Orphal adds. “Another partner is GFZ in Potsdam that applies an instrument based on so-called GPS radio occultation.”

“The satellite mission will supply urgently required, spatially and temporarily highly resolved global observation data of the middle atmosphere and contribute essentially to understanding the Earth’s system. With the help of three-dimensional atmosphere tomography, climate change prognoses can be optimized and prerequisites can be created for improved medium-term weather forecasts (7 to 14 days). The high visibility of AtmoSat will considerably enhance attractiveness of Germany as a location of science. This will be important to attract both established researchers and young scientists working in atmosphere and climate sciences,” says Professor Martin Riese of the Institute of Energy and Climate Research – Stratosphere of FZJ.

The start of AtmoSat is planned for 2023. For several years now, AtmoSat has been included in the roadmap of the Helmholtz Association. It lists new research infrastructure projects of high relevance to the strategic implementation of the Association’s scientific portfolio in the next years.

Council of Science and Humanities Evaluates Next Generation of Research Infrastructures

At a press conference on July 17, 2017, the Council of Science and Humanities presented its “Bericht zur wissenschaftsgeleiteten Bewertung umfangreicher Forschungsinfrastrukturvorhaben für eine nationale Roadmap” (Report on the Science-based Evaluation of Large Research Infrastructure Projects for a National Roadmap). This report is the result of a process started in January 2016 and was written by international experts of various disciplines. At the request of the Federal Ministry of Education and Research (BMBF), a committee established by the Council of Science and Humanities evaluated twelve large infrastructures in the amount of more than EUR 50 million each. The evaluation process is the decision basis for inclusion of these infrastructure projects in the national roadmap in the next legislative period.