Air Quality Measurements in the Sky over Europe 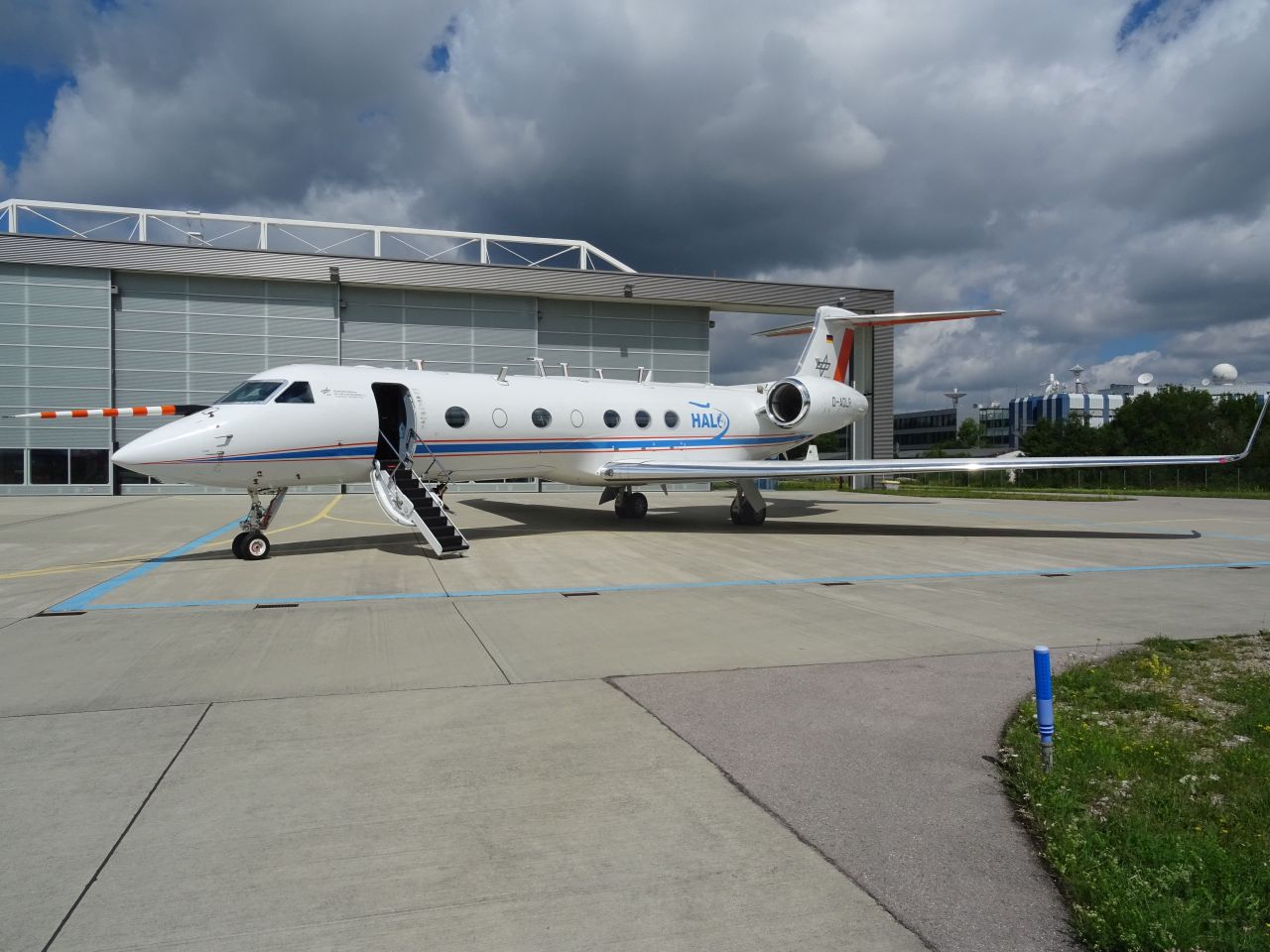 During 52 hours of flight, 15 instruments on board of HALO measure data on air quality over Europe. (Photo: Eric Förster, KIT)

London, Rome, Madrid, Berlin: It looks like a bucket list for city trips, but is the current route of the HALO research aircraft. Until the end of July, atmosphere researchers from all over Germany study air pollution above European conurbations. They want to better understand and predict the impacts of pollution on the Earth’s atmosphere. Two instruments on board of HALO have been developed by researchers of Karlsruhe Institute of Technology (KIT) to measure concentrations of ozone and volatile hydrocarbons.

The current measurement campaign coordinated by Bremen University focuses on the chemical characterization of pollutions and their impact on air quality in the mostly rural regions located in the plumes of big cities. For this purpose, the HALO research aircraft of the German Aerospace Center (DLR) is used. The team of Andreas Zahn and Marco Neumaier from KIT’s Institute for Meteorology and Climate Research (IMK) has developed two instruments for use on aircraft. One measures the reactive trace gas ozone with extremely high accuracy at a speed of ten measurements per second. “On sunny days in particular, ground-level ozone is formed from nitrogen oxides originating from car exhaust gas, for instance. This ozone decisively contributes to the formation of summer smog. Interestingly, highest ozone concentrations are not encountered directly in the conurbations, but in the neighboring rural areas,” Andreas Zahn of IMK says. Volatile organic compounds, VOCs for short, play a key role. “These substances, including acetone, methanol or benzene, are either released into the atmosphere by plants or of anthropogenic origin, an example being exhaust gas from traffic,” Marco Neumaier explains. The second instrument of KIT, a highly complex proton transfer reaction mass spectrometer, can measure smallest trace concentrations of many of these VOCs in real time. “The instrument can detect a single acetone molecule in 100 billion air molecules,” Neumaier points out.

The current measurement flights, altogether 52 hours of flight until late July, make up the first phase of the international measurement campaign “EMeRGe” (“Effect of Megacities on the Transport and Transformation of Pollutants on the Regional and Global Scales”). On board of HALO, more than 15 highly sensitive instruments have been installed to measure trace gases and aerosol particles. Seven German research centers and universities participate in the campaign that is coordinated by the Institute of Environmental Physics of Bremen University. The acronym HALO stands for “High Altitude and Long Range Research Aircraft.”

Parallel Measurements all over Europe

In parallel, measurements with other aircraft and ground-based measurement systems are carried out all over Europe. The second phase of the measurement campaign will take place in Taiwan in spring 2018 and focus on Asia.

Other project partners are the Max Planck Institute for Chemistry, the universities of Mainz and Heidelberg, Bergische Universität Wuppertal, and Forschungszentrum Jülich. EMeRGe is funded with about EUR 6 million by the German Research Foundation (DFG), Max Planck Society (MPG), and DLR until April 2018.

The HALO research aircraft is a joint initiative of German environmental and climate research institutions. HALO was funded by the Federal Ministry of Education and Research, Helmholtz Association, and Max Planck Society. Operation of HALO is financed by the German Research Foundation, Max Planck Society, Forschungszentrum Jülich, Karlsruhe Institute of Technology, German Research Center for Geosciences, Potsdam, and the Leibniz Institute for Troposphere Research, Leipzig. The DLR owns and operates the aircraft.