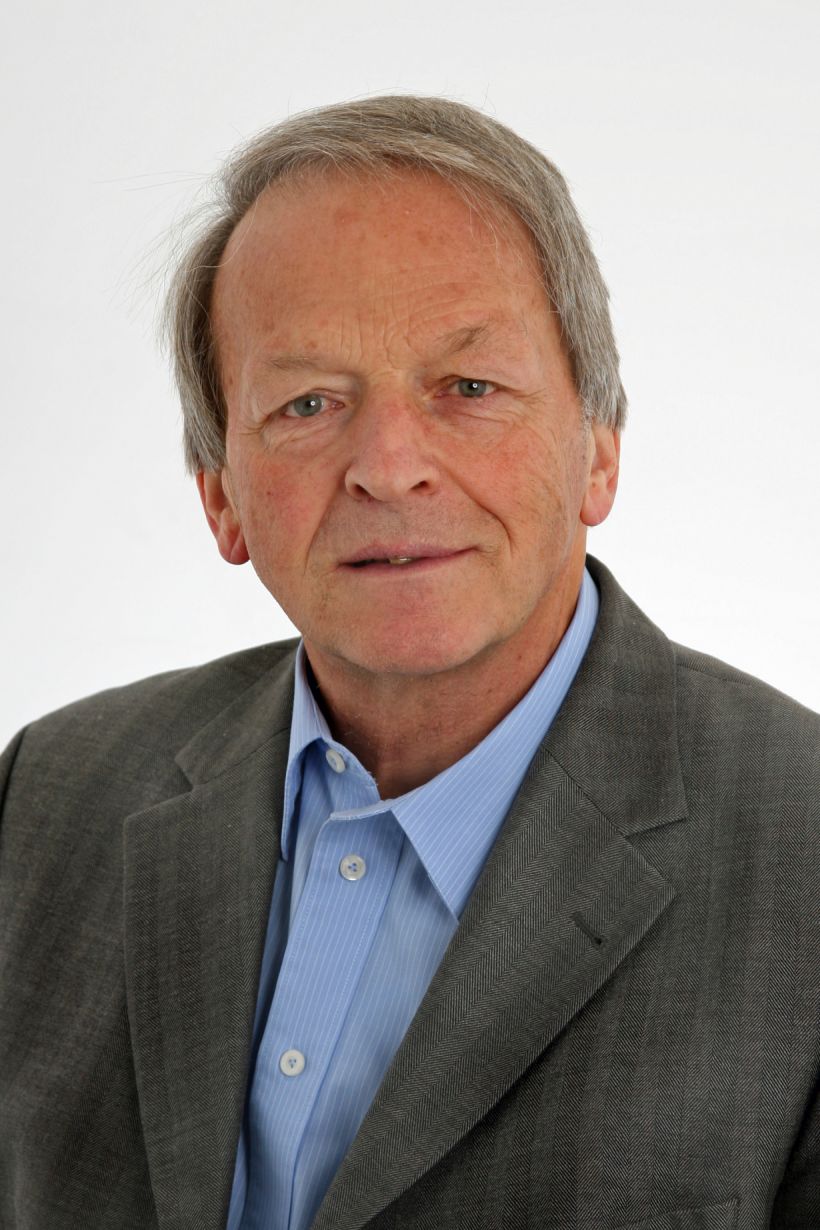 The 2017 Heinrich Hertz guest professorship is awarded to Professor Gerd Hirzinger by Karlsruhe Institute of Technology (KIT) and Karlsruhe University Society (KUG). The founder and former director of the Robotic and Mechatronics Center (RMC) at the German Aerospace Center (DLR) will hold two public lectures at KIT: On June 28, at 5:30 PM, he will speak about robotics and mechatronic assistance, on June 29, at 5:00 PM, his topic will be 3D world modeling and visualization. Both events will take place in the new chemistry lecture room at Campus South (Building 30.46; Engesserstrasse 15, Karlsruhe). Moreover, Gerd Hirzinger will hold a seminar for KIT students.

In his lecture titled “Robotik und mechatronische Assistenz – Von der Raumfahrt über Industrie-Produktion, Chirurgie und ‘Health Care’ zur Mobilität am Boden und in der Luft” (June 28), Gerd Hirzinger will speak about the development and the wide field of application of mechatronic systems. These intelligent mechanisms have made their way into more and more areas of our society. Most people know classical industrial robots. Meanwhile, a close cooperation between humans and robots that work as production assistants has become a characteristic of industrial automation, but is also changing surgery and opening up new perspectives for life at old age. The purpose of robotic concepts is to also make sure that cars avoid accidents and that intelligent drones move with absolute safety in the air when they are used for providing various services.

The lecture “3D-Weltmodellierung und -Visualisierung – Vom virtuellen Tourismus zum digitalen Kulturerbe” (June 29) deals with long-term developments aimed at modeling the most appealing sceneries, heritage buildings, and historic technological achievements in Bavaria as photorealistic 3D visualizations and presenting them as interactive features on a barrier-free Internet site. Thus, users can virtually “grasp” them, walk in and fly over them. Virtual tourism and the digital cultural heritage are the two backbones of the “Bayern 3D – Heimat Digital” project in which multi-scale data fusion that includes ground-based and airborne data acquired by manned and unmanned aircraft plays an increasingly important role. In his lecture, Gerd Hirzinger will show a number of exemplary photorealistic 3D models, notably featuring the surroundings of the splendid castles of Ludwig II, the Bavarian fairy tale king.

Please take the time to register for the lectures under www.kit.edu/heinrichhertz2017

About the Heinrich Hertz Guest Professorship

With the Heinrich Hertz guest professorship, Karlsruhe University Society (KUG) and KIT honor outstanding personalities in science, industry, politics, and culture for their scientific and cultural achievements and contributions. As a sponsoring association committed to the university interests of KIT, KUG founded the guest professorship in 1987, on the occasion of the 100th anniversary of the discovery of electromagnetic waves by the physicist Heinrich Hertz at Universität Karlsruhe (TH), a predecessor institution of KIT.

Gerd Hirzinger is a true pioneer of robotics. From 1964 to 1969, he studied electrical engineering at the Technical University of Munich. After earning his engineer’s degree, he joined the DLR (formerly DFVLR) in Oberpfaffenhofen (Bavaria). In 1974, he earned his doctorate at the Technical University of Munich. In 1976, he was appointed director of the Automation department at the former DFVLR Institute of Flight System Dynamics. In 1991, he was appointed Honorary Professor at the Technical University of Munich. In 1992, he was appointed Director of the DLR Institute of Robotics and System Dynamics (today Institute of Robotics and Mechatronics). In 2009, Professor Gerd Hirzinger began establishing the Robotics and Mechatronics Center (RMC) at the DLR Oberpfaffenhofen, which today features unparalleled experience as regards the remote control of robots in the earth’s orbit, but is also considered an internationally renowned technology think tank. Well-known developments include the space mouse as the most popular 3D man-machine interface worldwide, ultra-light robot arms and multi-finger robot hands, surgical robot systems, the so-called mechatronic wedge brake as well as optimized control systems for aircraft and automobiles, especially relating to the symbiosis of robotics and electromobility. Gerd Hirzinger was the first scientist to receive all major international awards in the field of robotics and automation, complemented by many national awards, such as the Gottfried Wilhelm Leibniz Prize, the Karl Heinz Beckurts Prize, or the Order of Merit of the Federal Republic of Germany and the Bavarian Maximilian Order for Science and Art, which is the highest award conferred in Bavaria. He acts as an advisor to the DLR, he is vice chairman of the board of trustees of Deutsches Museum, member of the Future Council of the Bavarian Economy, and member of the Leopoldina and acatech science academies.