Vortexes as Wheels of Nature 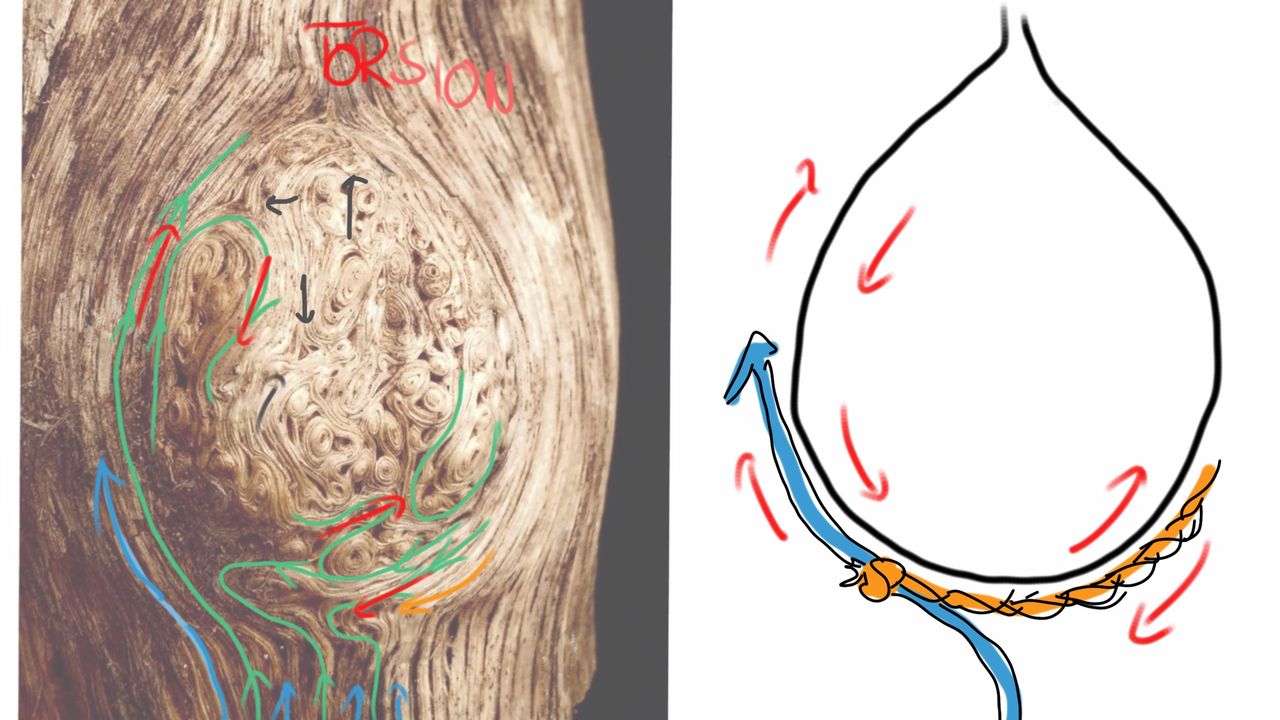 Vortex underneath the bark: By vortex formation, trees can limit shear deformation and stabilize themselves. (Photo and drawing: Claus Mattheck/KIT)

Using nature as a model, technical components can be optimized. At Karlsruhe Institute of Technology (KIT), biomechanics expert Professor Claus Mattheck has developed computer-aided methods and purely graphical tools to design lightweight and long-lived components. The researcher found that a universal form exists in nature. It can be reproduced with simple geometrical methods. Deformation by vortexes, called “the wheels of nature” by Mattheck, ensures internal optimization.

“Evolution is like a hard design competition. Objects that are too heavy or not strong enough do not survive,” Professor Claus Mattheck says. “Optimal forms and shapes prevail.” Technical components designed in line with nature have an optimal shape and a high stability and material and energy efficiency, the scientist points out. For more than three decades, Mattheck has developed various computer-aided methods and simplifying computer-free thinking tools, such as shear quadrangles, tension triangles, and force cones, to analyze structures and optimize shapes. At the Materials and Biomechanics Division of KIT’s Institute for Applied Materials (IAM-WBM), Mattheck studied how trees develop and repair themselves at weak points by load-driven addition of wood. From this, he derived principles for optimization of components.

Claus Mattheck found that there is a universal form in nature that can be found not only in solids, but also in fluids. It appears in mountains as well as in trees or bones. By deformation, it can even generate itself to counteract a specific load – Mattheck speaks of “winning by yielding.” This universal form has also entered the industrial world. It is part of the DIN ISO 18459 standard (bionics – bionic structure optimization).

Apart from external shape optimization, the bionics expert also observes internal optimization by deformation. External design aims for a homogeneous distribution of tensile and compressive stresses on the surface according to Mattheck’s “axiom of constant stress.” Internal deformation by the formation of vortexes serves to limit shear deformation, i.e. sliding of adjacent, interconnected surfaces. In this way, shear is delayed. “These vortexes may be referred to as the wheels of nature,” Professor Mattheck says.

It has been known for a long time that stratified fluid flows roll around a body, as if they were located on a conveyor belt. In solid bodies, vortexes make very small roll movements, but they still exist and can be detected in the dead wood of debarked trees, for instance. This principle can also be transferred to technical components.

In his new book “Die Körpersprache der Bauteile – Enzyklopädie der Formfindung nach der Natur“ (The Body Language of Components – Encyclopedia of Form Finding in Line with Nature), Claus Mattheck summarizes these findings in a generally understandable and clear manner. The text is illustrated by a number of figures. 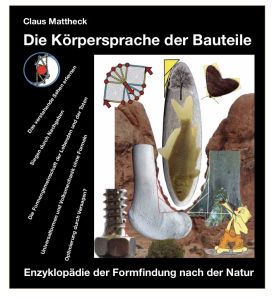