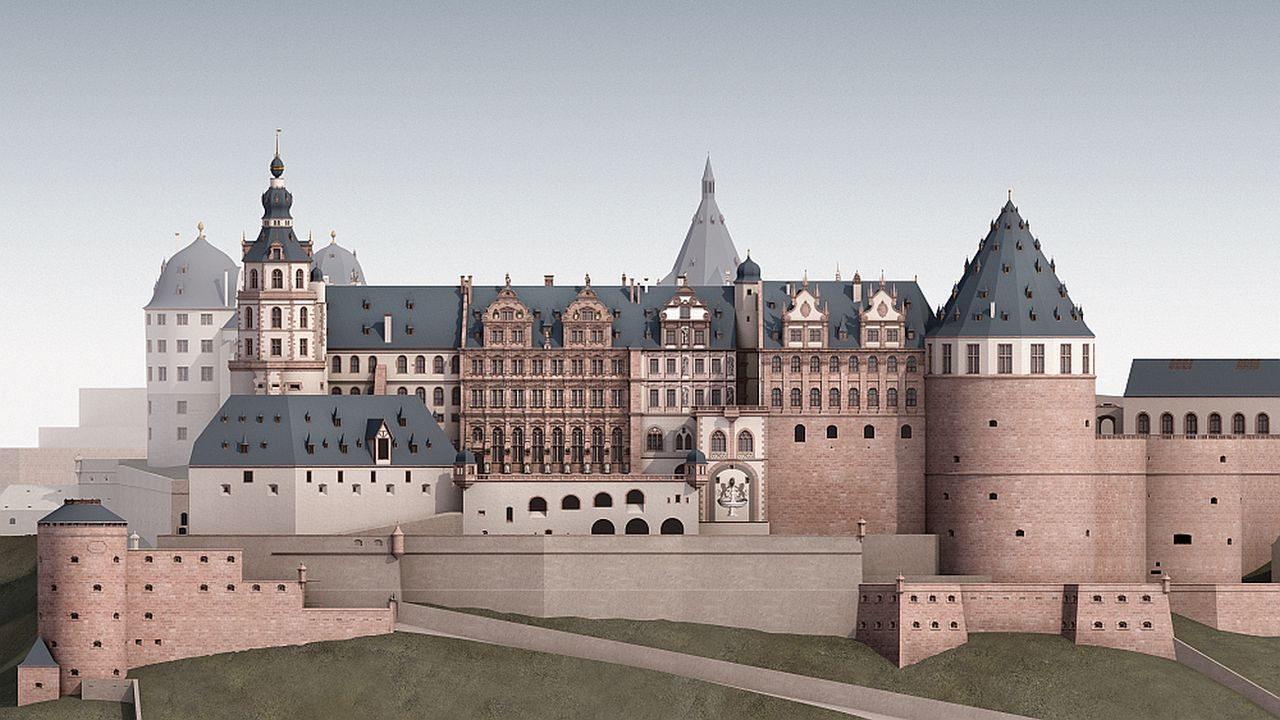 A magnificent residence: Reconstruction of the Heidelberg Castle around 1683. (Image: KIT)

Strikes of lightning, fires, wars – not only ravages of time left their traces on Heidelberg Castle. Today, it is considered one of the most important renaissance buildings north of the Alps. And it is one of the most popular tourist destinations in Germany with about 1.1 million visitors from all over the world every year – many of them from English speaking countries and Asia. Now, a researcher of Karlsruhe Institute of Technology (KIT) has reconstructed the castle as it looked before its destruction by means of a three-dimensional virtual model.

Some people say that the enchanted building on a hill above the historic old town of Heidelberg is the best-known castle ruin in the world. Martin Luther, the reformer who came to Heidelberg to defend his theses, praised the beauty of the impressive fortress. Later, after its destruction by troops of French sun king Louis XIV, the ruin became the epitome of German romanticism.

Today, empty windows look down on the picturesque Neckar valley and ivy-covered wall remains point into the sky like rugged rocks. In the simulation by Julian Hanschke of the KIT Institute of History of Art and Architecture, however, visitors can climb up the formerly massive, but now half-destroyed Bulky Tower, walk under the groined vaults of the Emperor Hall of the Ottheinrich Building, look at the figures decorating the Friedrich Building reminding us of a Venetian palazzo, or let their eyes wander through the courtyard of 1683. 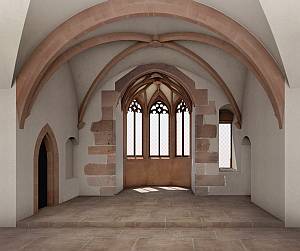 This reconstruction by the architectural historian reaches a wealth of details that by far exceeds that of reconstructions of the landmarks of Constantinople in the renaissance era, revolutionary Paris or Victorian London by the developers of the highly popular video-game series of Assassin’s Creed. The expenditure associated with digital reconstruction is very high: Using historical plans, views, and drawings, every detail has to be remodeled on the computer. “We do not just scan a few photos, while the rest of the work is done by the computer,” Hanschke says. The architectural historian points out that his approach in a certain way is similar to that of developers of imaginary video-game worlds. However, his reconstruction is no fantasy, but scientifically accurate. Every small detail is based on historical sources.

Fortunately, Hanschke found a vast amount of picture sources for his research project that took five years, because first efforts to reconstruct Heidelberg Castle were made 100 years ago, “similar to what they did at the Chateau du Haut-Koenigsbourg in Alsace, France,” the scientist adds. For this purpose, all buildings were documented and surveyed. Hundreds of plans were drawn. “This probably is the most complete survey of a German palace,” Hanschke says. Digital reconstruction now produced gigantic amounts of data. The complex of buildings measuring 270 to 280 m requires a storage capacity of around 3 gigabytes on the hard disk. 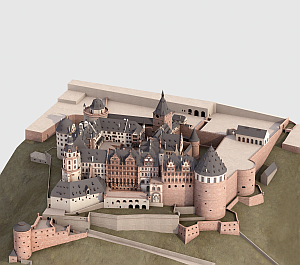 The complex of castle buildings requires a storage capacity of 3 gigabytes. (Image: KIT)

Hanschke continues that he does not want to reconstruct the castle in reality. He only wishes the results of his research project to be experienced directly. Frank Thomas Lang of Staatliche Schlösser und Gärten Baden-Württemberg, the state heritage agency responsible for the palaces, castles, and gardens in the federal state of Baden-Württemberg, is highly excited about Hanschke’s project: “The reconstructions are highly impressive and even laymen will realize what Heidelberg Castle was in its prime.”

Hanschke points out that the historically and spatially correct reconstruction of walls, of the no longer existing theatre hall in the Bulky Tower, or of decorations on cornices, lintels, or column capitals requires in-depth understanding of the underlying constructions. Most of today’s architects no longer have this knowledge. “With the emergence of the Bauhaus style ornaments went out of style,” the architectural historian says. He cannot conceal his admiration of the ancient builders, who constructed their buildings for eternity. “Just have a look at this building in front of us,” Hanschke says and points to a rather modern functional building that can be seen from his office. “In 30 years from now, the facade panels will drop off.” And, no one will wish to visit that ruin. 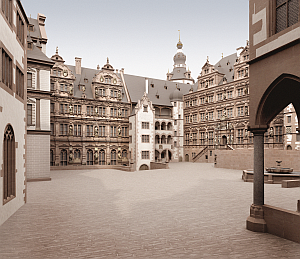 Apart from his computer simulations, Julian Hanschke wrote a publication of about 500 pages, which also represents his thesis for post-doctoral lecture qualification. In addition to suggestive views of the castle, this publication contains many photos and historical views as well as a comprehensive summary of the castle history based on sources exclusively. According to Hanschke, there has been no such project on Heidelberg Castle for a century. “It is the first representation of the history of Heidelberg Castle that is based on historical references exclusively.”

At your request, we will be pleased to make available additional photos for e.g. online galleries. Click here for an interactive view of the courtyard: http://360.schloss-heidelberg.de/innenhof/

Other views of the reconstruction and further information are given in a film of the State Heritage Agency: 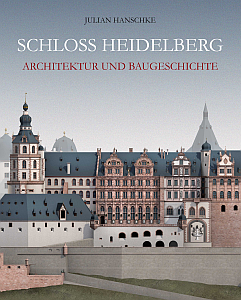