Corinna Hoose Will Study the Composition of Clouds in the Next Five Years – Relevant to Weather and Climate Models – European Research Council Provides Funding of EUR 1.5 Million 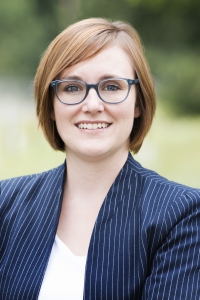 Clouds are of crucial importance to weather and climate: The height and the composition of clouds determine whether they shield the earth from solar irradiation and have a cooling effect or contribute to warming. Investigation of the thermodynamic cloud phase, i.e. of the question whether clouds consist of liquid water, ice, or both, is in the focus of research conducted by Professor Corinna Hoose of Karlsruhe Institute of Technology (KIT). By combining simulations of cloud formation with satellite observations, she is looking to decisively enhance process understanding and predictability. In the next five years, this project will be funded by a starting grant of the European Research Council (ERC) in the amount of EUR 1.5 million.

The ERC starting grant is one of the most prestigious grants for young scientists in Europe.

Cloud formation starts with aerosols, smallest particles that act as condensation nuclei on which water droplets form. Corinna Hoose is particularly interested in mixed-phase clouds. In these clouds, liquid water and ice exist in parallel, with aerosols acting as ice nuclei. Mixed-phase clouds are supposed to trigger most of the precipitation. “Ice formation in mixed-phase clouds depends on a large variety of microphysical factors and processes. In principle, it may occur between 0 and -37°C,” says the scientist, who heads the Clouds Physics Group of KIT. Her project “Closure of the Cloud Phase – C2Phase” is aimed at better understanding and predicting these processes. Cloud development and cloud properties are influenced largely by whether the cloud consists of ice particles, liquid water droplets, or both. Ice formation may affect the albedo of the cloud and, hence, global warming. Clouds with liquid water droplets reflect solar irradiation more strongly.

“As soon as the first ice has formed, ice formation proceeds rapidly, such that clouds are either predominantly liquid or predominantly consist of ice. This distribution of the cloud phase cannot yet be simulated adequately by weather and climate models,” Hoose says. In “C2Phase” she therefore plans to combine new high-resolution models with satellite observations. Studies will focus on the spatial, temporal, and temperature-dependent distribution of the cloud phase. “We want to show that the process of ice formation is understood and described well by numerical models. On this basis, it is possible to predict the distribution of the cloud phase under different conditions that can be observed from space.” Corinna Hoose and her team also plan to study how this improved forecast can be used in weather and climate models. Research will focus on Europe, as here high-quality data measured by the SEVIRI satellite instrument are available and various mixed-phase clouds occur over all seasons.

From 1999 to 2004, Corinna Hoose studied physics at the then Universität Karlsruhe (TH), today’s Karlsruhe Institute of Technology (KIT). In 2004, she was awarded her diploma with distinction. In parallel, she received the French degree “Maîtrise de Physique” also with excellent marks. For her outstanding achievements in the exchange program between Karlsruhe and Grenoble, she was granted the German-French University Prize in 2003. Between 2005 and 2008, she studied for her doctorate at ETH Zurich, the subject being “Aerosol Processing and Its Effect on Mixed-phase Clouds in a Global Climate Model.” For her doctoral thesis, she was granted the medal of ETH Zurich. Then, Hoose worked as a post-doctoral researcher at the University of Oslo in Norway until 2010. In 2010, Corinna Hoose returned to KIT and has been heading the Helmholtz Young Investigators Group “Aerosol effects on cloud ice, precipitation, and climate” since then. Since 2013, the 36-year-old physicist has been Professor for Theoretical Meteorology at KIT.

This year’s call for the 2016 starting grant was the 9th call of this type. In total, 2935 proposals were submitted, only 325 (11 percent) were approved. In previous rounds, seven scientists of KIT were successful .