The Energy System from the User’s Perspective 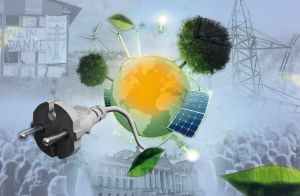 Private households become electricity producers, integration of renewable energy sources needs new organization principles, landscapes change: The energiewende entails complex changes for the society. The challenges from the citizen’s and user’s perspective were in the focus of the ENERGY-TRANS Helmholtz Alliance coordinated by Karlsruhe Institute of Technology (KIT) in the past five years. Among others, the researchers found that early and competently implemented citizen participation processes contribute significantly to acceptance of e.g. new infrastructure projects. The Alliance presented its results at the final meeting in Berlin and formulated recommendations to politics.

“The energiewende is not only a technical challenge, but also a societal process, which has to be shaped by politics and science together with the citizens,” Professor Holger Hanselka, President of KIT and Helmholtz Research Field Coordinator Energy, says. “ENERGY-TRANS has introduced a new user- and need-oriented perspective and demonstrated among others that participative processes contribute significantly to the acceptance of measures and, hence, to the success of the energiewende.”

Energy transition is a matter of society. This is reflected by e.g. protests against new high-voltage lines, discussions of environmental impacts of wind parks, or reservations against electric mobility. “Our initial assumption of the energy transition being more than replacing old by new technology was amply confirmed. It is a societal transformation that affects many areas of life,” Professor Armin Grunwald, Head of the Institute for Technology Assessment and Systems Analysis (ITAS) of KIT and one of the two spokespersons of the Alliance, says. Over a period of five years, the Alliance coordinated by ITAS studied the energy system from the demand and user’s perspective in particular. Four Helmholtz centers, four universities, and the Centre for European Economic Research were involved. The partners analyzed the many interfaces among technical, economic, and societal factors determining the transformation process towards establishing new infrastructures. “We wanted to interdisciplinarily develop new scientific findings and to provide the actors of the energiewende with action-oriented knowledge for an efficient and socially compatible design of the future energy system,” Grunwald says.

“Often, the energy transition is understood to be a technical project, by which existing nuclear and fossil energy production is to be replaced by renewable energy sources. But it is much more than that: It is a transformation of society that will sustainably determine consumption, production, and the way of our society making political decisions,” sociologist Ortwin Renn, Professor of Stuttgart University and second spokesperson of the Alliance, emphasizes. “Without new and effective forms of active participation of citizens in the transformation of the energy system, we will not succeed.”

The scientists proved that neighbors are more inclined to accept decisions on infrastructure projects, if extensive participative processes were implemented in advance. As a rule, projects, such as new transmission lines or wind and solar parks, may even profit from the expertise of local citizens, if the latter “emotionally identify with the infrastructure project and understand its relevance to local development,” the scientists outline in a “Policy Brief”, a brief presentation of their results as a recommendation to politics. They found that close interlinkage of participation processes with planning legislation is required. For practical implementation, social scientists and lawyers involved in the project formulated principles to integrate participation processes into legally required planning procedures. Although integration of the local population alone does not guarantee success, the Alliance’s result is as follows: The earlier participation takes place, the more can important sources of knowledge of the citizens be opened up and acceptance be gained for the further planning process.

The “Prosumer”: A New Role in the Energy System

“So far, citizens have mainly been consumers of energy. Now, many people are affected by the ecological transformation of the energy sector in two respects,” project coordinator Jens Schippl of ITAS says. Apart from an adequate integration of citizens into the planning of new infrastructures, they are asked to contribute to the success of the energiewende as active consumers. Hence, studies focused on the “prosumer”, the combination of producer and consumer, who covers own consumption by e.g. solar energy and also feeds electricity into the grid.

In a field test in cooperation with the utility company Stadtwerke Heidelberg Energie GmbH and Trianel GmbH, the researchers equipped households in a development area of Heidelberg with smart electricity meters and appliances (smart home appliances). These appliances were combined with a smart meter web portal developed by the University of Stuttgart. “We found that a system that cannot only be used for analyzing electricity consumption in detail, but also supports consumers to efficiently use electricity in everyday life can lead to a significant reduction of electricity consumption of households,” Birgit Mack, who headed the partial project at Stuttgart University, outlines. 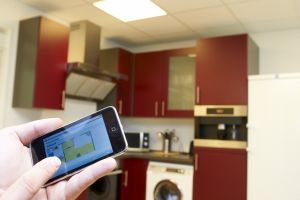 Instruments to Control the Energy Turnaround

ENERGY-TRANS was also aimed at a reasonable further development of political framework conditions for the German energy transition. A central topic was the reform of the electricity market proposed by the Federal Ministry of Economics and presently discussed by German Parliament. The scientists oppose to additional capacity payments to operators of fossil reserve power plants. Once introduced, they would be difficult to take back. To balance fluctuating electricity production by the wind and sun, they instead recommend a wide mix of instruments to strengthen the existing electricity market, to create incentives for demand-based feed-in of electricity from renewables, and to advance the extension of grids, storage systems, and demand management. “This portfolio of measures might ensure electricity supply at reduced costs, with environmental and social compatibility being taken into account,” Paul Lehmann of the Helmholtz Centre for Environmental Research in Leipzig and Dörte Ohlhorst of Freie Universität Berlin emphasize.

Renewables and Electric Mobility: Communication as a Factor of Success

The Alliance also studied the willingness to invest in renewables and electric mobility: “Social networks, visibility, and communication of these novelties are far more significant than generally assumed. Dissemination of technical innovations cannot only be enhanced by incentives. Networking and communication of the actors should be supported and accompanied specifically,” environmental psychologist Ellen Matthies of Magdeburg University says.

The scientists of the ENERGY-TRANS Helmholtz Alliance presented their results on March 14 and 15, 2016 at a final conference focusing on “Future Infrastructures for Energy Supply. On the Way towards Sustainability and Social Compatibility.” The topics “Active Citizens and Consumers as a Chance for the Energy Transition” and “Controlling the Energy Transition – and then?” were discussed by representatives of politics, industry, and society. In addition, impacts of research results on practical decisions in the energy sector were covered by the discussions.

Compact “Policy Briefs” compile the results and recommendations of the scientists for German politicians. The documents, three of which have already been issued, another two will follow until July this year, can be downloaded at: http://www.energy-trans.de/1087.php