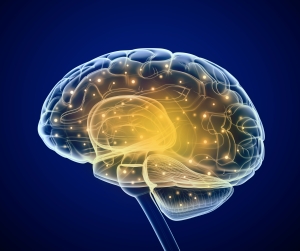 The QuartrBack project is to enable social inclusion and freedom of movement in familiar surroundings for people with dementia. (Photo: Alexandr Mitiuc / fotalia)

People with dementia exhibit many far-reaching changes of conduct. Embarrassment, fear, and reduced orientation ability decrease their degree of independence and social inclusion. The QuartrBack project coordinated by the Evangelische Heimstiftung now combines volunteer work with technologies for location, monitoring, information, and professional care. In this way, QuartrBack creates a smart emergency scheme to ensure access to familiar surroundings and social inclusion for people suffering from dementia. Within the framework of the project, ITAS assesses the technologies and studies non-technical, for example, ethic and social aspects.

He is the most important person on the football field: The quarterback in American Football. Being the extended arm of the coach, he has to execute the trained tactical moves and to coordinate his offensive accordingly. He not just takes orders, but also is the creative mind of his team: Very quickly, he has to react to the opponent’s defensive and to adapt the moves.

The QuartrBack project that is aimed at developing a smart emergency scheme for people suffering from dementia is named after the key player in American Football. The central element of the scheme is the care service center. With the help of a special software, the staff of the care service center, similar to the quarterback on the field, can plan the next steps (of help) in a risk situation and choose the best suited action option.

Dementia is characterized by unrest and restlessness, together with a major deterioration of the sense of orientation. Many people suffering from dementia have the desire to walk around, sometimes to important points of their lives, such as their parents’ home. Doing this, they often lose their orientation, even in familiar surroundings, such as their usual residential area in the city. Frequently, they feel embarrassed or afraid and isolate themselves, giving up most of their independence and social integration.

QuartrBack is to prevent this and to maintain access to familiar surroundings in the neighborhood and an individual lifestyle for people suffering from dementia. QuartrBack minimizes the risks of increasing loss of orientation and, in this way, enables people to remain active which is good for their health. The system is embedded in a resource-oriented neighborhood development approach. It does not only foster encounters, self-determination, and participation of people with dementia, but also strengthens mindfulness and neighborly relationships and, hence, positively affects the society’s attitude towards age.

At the beginning of the disease, conventional safety systems usually are restricted to the house or apartment of the persons affected. It is possible to install an in-house emergency call system, a system to automatically shut down the stove, or sensors that switch on illumination on the way to the toilet, if necessary.

To maintain freedom of movement in familiar surroundings for people suffering from advanced dementia, QuartrBack extends these systems beyond the own home. An inconspicuous location system e.g. in the watch of the persons affected automatically switches off safety-critical devices when these people leave their home, the door closes and is opened again when the people return.

The care service center software then records further movements outside of the apartment and assesses the situation in real time based on a series of parameters, such as daily weather with the probability of rain and thunderstorms, time of the day, or status of medicine intake. If a person suffering from dementia changes his usual movement profile, if a heavy thunderstorm is expected, or if it is urgently needed to take insulin, the care service center is alarmed automatically. It then initiates adequate help and support measures even before a serious emergency happens.

For instance, the care service center can contact the integrated network of helpers, i.e. relatives, professional care services, and volunteers. In case of an impending emergency, the software registers potential helpers in the vicinity. They are then alarmed by a web application on their mobile phone and guided to the dementia patient.

In this way, QuartrBack creates an intelligent emergency scheme that extends far beyond the conventional in-house emergency call system. People with dementia are given the opportunity to continue to move freely in their familiar surroundings and to go to the baker’s at the corner or to their favorite coffee shop. Social isolation and the resulting loss of freedom of movement and exercise are prevented. As the software is of anticipatory character, potential emergencies are identified in advance and adequate measures can be taken. The web app ensures that potential helpers in the neighborhood can interfere quickly in case of impending danger. Integration of volunteer helpers in the classical emergency management system of care services, paramedical staff, and hospitals enhances the citizens’ commitment to people with dementia in their neighborhood.

The QuartrBack project is funded by the Federal Ministry of Education and Research for a period of three years. Apart from technology development and implementation, workshops with citizens and re-presentatives of professional care networks are planned. In addition, ethical, social, legal, and economic aspects will be discussed by ITAS together with an interdisciplinary council of experts. Both the prototype phase as well as the planned extended field test will be accompanied scientifically.