KIT researchers study the use of novel power semiconductor switches in industry applications – Federal Ministry of Research funds cooperation project with about EUR 800,000 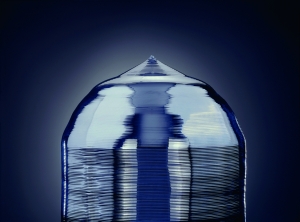 The objective of the new cooperation project “MMPSiC” is to significantly enhance the efficiency of power supplies for industrial processes and, hence, to reduce energy consumption and CO2 emission. Under this project, researchers of the Light Technology Institute (LTI) of Karlsruhe Institute of Technology (KIT), in cooperation with their industrial partners TRUMPF Hüttinger and IXYS Semiconductor, study the use of high power silicon carbide semiconductor switches. The project is funded by the German Federal Ministry of Research with EUR 800,000.

From the production of semiconductor to coating of displays to processes in automobile manufacturing: Many industrial processes consume large amounts of electrical energy. Among them are also processes playing an important role for the transformation of the German energy system, such as floating zone melting processes to produce highly pure crystalline materials like silicon. By this process, the basic material is molten electrically within a very small zone. By moving the melting zone, the material crystallizes purer than before. Amongst others, this is used for the production of highly pure monocrystalline
silicon for solar cells.

So far, power supplies of floating zone systems are tube-based amplifiers with a maximum electrical efficiency of 65%. If they were replaced by power semiconductors made of silicon carbide, efficiency of power supplies would be increased to well over 80%. So power consumption and greenhouse gas emissions would be reduced significantly. For example, a single large-scale floating zone reactor, consisting of twenty 50 kW process power supplies with an annual operating time of 4800 hours, would lead to a reduction of electrical energy by more than 200,000 kWh and produce 109 tons of CO2 less (Federal Environmental Agency Germany, July 2013).

Feasibility of such power supplies is studied by researchers of the Light Technology Institute (LTI) of KIT in cooperation with the industry partners TRUMPF Hüttinger GmbH + Co. KG (Freiburg) and IXYS Semiconductor GmbH (Lampertheim) under the cooperation project “Modular Medium-frequency Process Power Supply with Silicon Carbide Power Semiconductor Switches” (MMPSiC). Silicon carbide has several advantages: Thanks to the wider electronic band gap, significantly higher operating temperatures can be reached compared to conventional semiconductors. Power electronics based on silicon carbide is characterized by an enhanced energy efficiency and compactness.

“Power supply of energy-intensive industrial applications, such as a floating zone process, requires switching at high frequencies,” explains project manager Dr. Rainer Kling, LTI. “Silicon carbide has not yet been tested at these high frequencies. Here, we are entering new territory.” Apart from long-term stability tests, the KIT researchers involved in the MMPSiC project study the control and layout of the circuitry.

The MMPSiC project is funded by the Federal Ministry of Education and Research (BMBF) with about EUR 800,000 under the programs “Information and Communication Technology 2020” (IKT 2020) and “Power Electronics for Increasing Energy Efficiency” (LES 2). The LTI of KIT receives a substantial amount of about EUR 439,000. The total project volume amounts to EUR 1.3 million. The cooperation project started in 2014 and has a duration of three years.

About the Project Partners:
IXYS Semiconductor GmbH produces various classes of power semiconductor modules with and without base plates in Lampertheim, Germany. IXYS (i.e. its predecessors BBC and ABB) has been working on such modules at Lampertheim since 1921. Here, one of the first diode/thyristor modules without base plate was developed and produced. IXYS develops and implements special solutions tailored to the needs of its customers.

TRUMPF Hüttinger GmbH + Co. KG is the world’s leading manufacturer of process power supplies for plasma applications, induction heating, and CO2 laser excitation. In 2012/13, the company with about 700 employees reached a turnover of EUR 109 million. TRUMPF Hüttinger has sales offices and representatives in Europe, the USA and Asia. The headquarters of the company are located in Freiburg, Germany. Since 1990, TRUMPF Hüttinger has been a member of the TRUMPF group.