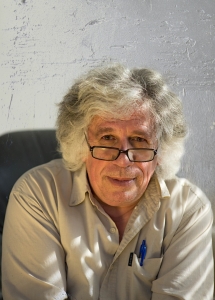 The KIT Elementary Particle and Astroparticle Physics Center (KCETA) of Karlsruhe Institute of Technology (KIT) grants the Julius Wess Award 2014 to the Russian-US American scientist Arkady Vainshtein. Professor Vainshtein is considered one of the most renowned theoretical particle physicists of the second half of the 20th century. Representatives of the media are cordially invited to come to the award ceremony on Friday, December 05, 2014, 15 hrs, at the assembly hall of the Center for Advanced Technological and Environmental Training (FTU) on KIT Campus North.

With a talk entitled “The Beauty and the Beast: Quantum Field Theory and the Real World“, award winner Vainshtein, who holds a Gloria-Lubkin professorship at the University of Minnesota/USA, will report about his scientific work related to quantum field theory. The KIT Vice President for Research and Information, Professor Detlef Löhe, will hand over the award. “Arkady Vainshtein did outstanding contributions to quantum chromodynamics,” KIT Vice President Löhe says, “which describes the interaction of the fundamental building blocks of atomic nuclei and is a major part of the standard model of elementary particle physics.” The award ceremony will be framed by Susanne Wess, daughter of Julius Wess, on the piano. The day of the award ceremony coincided with the 80th birthday of Julius Wess, who deceased in 2007.

Arkady Vainshtein was born in 1942 and studied at the University of Novosibirsk and the Budker Institute for Nuclear Physics, Novosibirsk, where he was conferred his degree in 1964 and the Russian doctor’s degree in 1968 (corresponding to a post-doctoral lecture qualification (habilitation) in the western countries). He continued to work as a scientist at the Budker Institute and in the 1970s and 1980s, he cooperated with Valentin Zakharov and Mikhail Shifman of the Institute for Theoretical and Experimental Physics (ITEP) in Moscow. In 1990, he became professor at the University of Minnesota. In 1998, he obtained the US citizenship. Since 1997, he has been fellow of the American Physical Society.

Vainshtein is mainly known for his work on non-perturbative aspects of quantum chromodynamics (QCD), performed together with Zakharov and Shifman, an example being the concept of QCD sum rules. Later, he also conducted research on non-leptonic weak decays and supersymmetric non-Abelian gauge theories. In addition, he studied QCD contributions to precision quantities of quantum electrodynamics. In 1999, Vainshtein was granted the Sakurai Prize together with Zakharov and Shifman. In 2005, he received the Pomeranchuk Prize by ITEP.

About the Julius Wess Award

The Julius Wess Award commemorates Professor Dr. Julius Wess, who worked twenty-two years at Universität Karlsruhe, one of the precursory institutions of the KIT. His activities focused on theoretical elementary particle physics and he published numerous internationally highly acknowledged articles in this field. Field theory concepts, such as the Wess-Zumino anomaly term or the formulation of the first supersymmetric quantum field theory, the Wess-Zumino model, will always remain associated with his name. KCETA grants the Julius Wess Award to elementary particle and astroparticle physicists for excellent experimental or theoretical scientific achievements enhancing and deepening our understanding of the fundamental laws of nature.

Presentation of the Julius Wess Award to Professor Arkady Vainshtein

17:30 hrs
The Beauty and the Beast: Quantum Feld Theory and the Real World
Arkady Vainshtein (University of Minnesota)

The KIT Elementary Particle and Astroparticle Physics Center (KCETA) bundles the work of 360 employees at KIT and elaborates the strategy for future developments. Under eleven experimental and theoretical topics, scientists study the fundamental structure of matter, forces acting among elementary particles, the development of the universe, and highest-energy processes of astroparticle physics. In addition, they develop the modern technologies needed for this work.