Since July 04, the Mexican Volcano Popocatépetl Has Been Active – KIT Scientists Have Been Studying the Residence Time of Volcanic Particles in the Stratosphere for more than 35 Years with the Help of Laser Radar Measurements 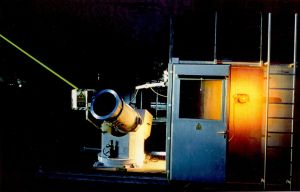 Upon massive volcano eruptions, smallest particles (aerosols) remain in the stratosphere, the second layer of the Earth’s atmosphere, for up to five years. This weakens incident solar radiation and temperatures decrease temporarily. Due to the long residence time of these particles, climate protection measures have an effect after several years only. This is confirmed by studies of scientists from the Atmospheric Environmental Research Division of KIT’s Institute of Meteorology and Climate Research in Garmisch-Partenkirchen. For almost 40 years, they have been studying the impacts of volcano eruptions with the help of laser radar measurements (lidar). The results have now been published in the “Atmospheric Chemistry and Physics” journal.

After major volcano eruptions, the temperature may decrease by 0.5 up to several degrees Celsius. For comparison, the average global temperature increase in the past 100 years was about 0.8°C. “The most spectacular events during the long observation period were the explosions of the tropical volcanoes El Chichon in Mexico in 1982 and Pinatubo on the Philippines in 1991,” Thomas Trickl from IMK-IFU says. With 20 million tons of released material, they are among the three biggest eruptions in the 20th century. “After these eruptions, a major opacity of the stratosphere was observed for nearly five years, which was also reflected by the purple color of the morning and evening sky.” This long residence time of the particles clearly illustrates how slowly processes take place in the stratosphere and what the consequences for climate protection are: “Recovery of the ozone layer after the ban on chlorofluorocarbons (CFC) will take decades. Also climate protection measures will only be effective after several decades. Hence, it is irresponsible to permanently delay countermeasures,” Trickl says.

According to the scientists, the long residence times of volcanic particles are due to the formation of a particle reservoir in the tropical stratosphere. From this reservoir, particles are also supplied to mid-latitudes: While the air ascends in tropical areas, it descends at higher latitudes. There, many particles leave the stratosphere. Trickl points out that the residence time of particles is much shorter after volcano eruptions at mid-latitudes. “After the eruption of the Mt. St. Helens in the USA in 1981, they disappeared from the stratosphere within one year only.” 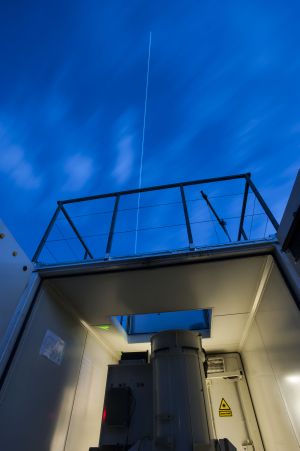 Even the mid-sized volcano eruptions may have severe economic impacts. In 2010, when Eyjafjalljökull erupted on Iceland, 100,000 flights were cancelled, economic damage exceeded EUR 3 billion. During the complete eruption period, coordinated measurements were performed in Europe. IMK-IFU was one location involved in this large campaign of the European Lidar Network EARLINET (European Aerosol Research Lidar Network). Based on lidar measurements, the scientists determined the spatial distribution of the particles. The objective is the development of a science-based procedure for aircraft grounding in case of such events. While the main mass of the Icelandic ash cloud reached Central Europe in the range below 5 km, KIT scientists succeeded in analyzing its impact up to the lower stratosphere, i.e. up to a height of 10 to 15 km. They found that air masses move nearly horizontally at this altitude. The particles do not ascend to higher altitudes, but occasionally descend and are washed out by precipitation. “This might also explain why the high increase in air traffic between 10 and 12 km height in the past decades did not cause any detectable pollution of the stratosphere with aerosols,” Thomas Trickl says. Aerosols produced by forest fires also disappear within a relatively short period of time.