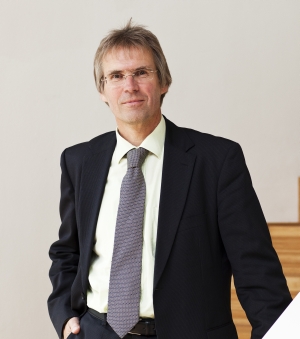 Today, the KIT Senate confirmed with overwhelming majority the Supervisory Board’s unanimous election of Holger Hanselka as President of Karlsruhe Institute of Technology (KIT). The 51-year-old mechanical engineer presently is Director of the Fraunhofer Institute for Structural Durability and System Reliability LBF and Vice-President of the Technical University of Darmstadt. Hanselka’s confirmation by the Senate marks another step in the process that will be completed by the appointment procedure and contract negotiations. Only after signing the contract will KIT have a new president.

“I welcome today’s decision of the Senate to unanimously confirm the election of Mr. Hanselka as a new KIT president,” the Federal Minister of Research, Johanna Wanka, says. “I am very pleased that we have now found a candidate, who is a renowned scientist and research manager at the same time.”

The Minister of Science, Research, and the Arts of Baden-Württemberg, Theresia Bauer: “We are extraordinarily pleased with this clear vote of the Senate. This is a strong signal. Professor Hanselka would be a perfect choice as regards his qualification and character. I very much hope that we will succeed in winning him for the KIT.”

The chairperson of the Supervisory Board, Professor Renate Schubert, also is glad about the vote of the KIT Senate: “The Supervisory Board unanimously elected Mr. Hanselka as future KIT President. We see in him a person who will be able to excellently manage the KIT in the future and to master the challenges lying ahead.”

“I would like to thank the KIT bodies for the trust they place in me. KIT is a unique and fascinating institution. For the first time in Germany, a university and a non-university partner took the courageous step towards a complete merger with the support of politics. Now, the excellent potentials of the merger have to be used optimally and the profile of KIT needs to be sharpened,” Hanselka emphasizes. “I know both sectors of the science system and the market and I am quite sure that this entity will convince in international competition. I am looking forward to the challenges at KIT.”

Professor Jürgen Mlynek, President of the Helmholtz Association, is glad that the Senate confirmed Holger Hanselka as future KIT President. “Professor Hanselka is an excellent scientist. Moreover, he is a science manager equally respected by universities and non-university research institutions.” Mlynek is certain: “Holger Hanselka will continue the successful development work of the former President Umbach and optimally unfold the potential of KIT as a novel cooperation model between university and non-university research.”

The office period of the KIT president is six years. The new president is planned to start office on October 01, 2013. The former President of KIT, Professor Eberhard Umbach, will go into retirement.

Professor Holger Hanselka was born 1961 and studied mechanical engineering at the Claustal Technical University. In 1988, he took up work as a scientist at the German Aerospace Center (DLR) and specialized in the fields of lightweight construction and fiber composites. After a professorship at the Otto von Guericke University of Magdeburg, Hanselka was appointed Director of the Fraunhofer Institute for Structural Durability and System Reliability and Head of the Institute for System Reliability and Machine Acoustics of the Technical University in Darmstadt in 2001. From 2006 to 2012, Hanselka was member of the Presidential Council of the Fraunhofer-Gesellschaft. He was elected Vice-President of TU Darmstadt in 2010. Hanselka is responsible for knowledge and technology transfer, cooperation activities between science and industry, and formation of spinoffs. In 2000, he was awarded the science prize by the Stifterverband for a leading BMBF project. Hanselka is member of the acatech – National Academy of Science and Engineering as well as of various bodies and associations and partly assumes positions in their management.