IT at KIT: Study Analyzes Business Models of Mobile Services in Europe, Asia, and America – Recommendations for the European Market 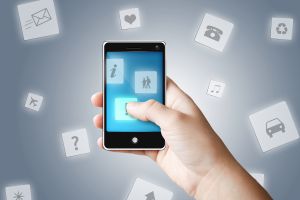 Mobile services are dominated by companies from Japan and the U.S. – an ITAS study analyzes the causes and shows how Europe can catch up (Photo: lassedesignen, Fotolia.com)

Reading e-mails while on the move, downloading music, or watching videos is quite normal for smartphone users. European mobile communication markets, however, are far behind the top innovator: Japan. This is identified by a study of the Institute for Technology Assessment and Systems Analysis (ITAS) of Karlsruhe Institute of Technology (KIT). According to the study, the key economic success factor is fiercer technical competition in Japan. This and further measures are recommended for Europe as well.

In the late 1990s mobile internet services already existed in Japan; today, data flat rates have been in the market for almost ten years and digital TV for some five years. New services are commercialized more frequently, more rapidly, and at lower prices than in Europe. This innovative power is driven by competition between the providers, as was found by Dr. Arnd Weber from ITAS, lead author of the study ”Mobile Service Innovation: A European Failure“. “Unlike in Europe, competition in Japan occurs on all levels of the mobile internet, from network technologies to devices to consumer-targeted content and services.“ In this way, mobile operators are enabled to technologically differentiate their service offers. Relying on a single network technology like the digital mobile communications standard GSM (Global System for Mobile Communications) in Europe is good for mass production and generates high revenues for operators in the SMS business, but inhibits the development of innovative, widely used, and low-cost mobile internet services. “In some European countries, revenues per customer in this branch are similar to those in Japan, but devices remain less functional, while data and services are more expensive,“ says Weber. He points out that the fact that global suppliers are far ahead of Europe also has serious consequences for the labor market: “We are losing jobs in the critical, high-income computer and electronics industries.“

Meanwhile, others have already copied the Japanese success model. In their study, the innovation researchers also show that the iPhone business model of Apple – with its popular system of content and services – is based on concepts invented on the Japanese market more than a decade ago. “Apple successfully adapted the key aspects of the Japanese system with a sophisticated interplay of networks, end-user devices, and applications, which provide easy-to-use end-to-end services,“ says economist and japanologist Dr. Michael Haas, the co-author of the study. “By doing so, Apple has revolutionized the Western mobile communications industry, while operators in Europe never managed a successful transfer.“ The study describes how many mobile service innovations that are presently being exploited by Apple for its iPhone business were developed in Japanese “clubs of operators“. Together with their technology and content suppliers, they are fighting for market shares. “Technology competition in Japan is tough, as the operators there use different radio standards which result in different costs and characteristics of each ’club‘,“ says Daniel Scuka, co-author of the report and a former technology journalist in Japan. This led to far higher download speeds and the allocation of new radio bands to new competitors depending on market development.

According to the study, it is the lack of this technology competition that leads to stagnation on European markets. It recommends remedies that are difficult to implement, but necessary to regain competitiveness: Unlicensed, but powerful usages of the radio spectrum to enable free communication via a technology similar to WLAN, but with more reach. Another recommendation made in the report is to open Europe’s wireless communication markets to new technologies and competitors via licensing action. “A new Europe-wide licensing scheme will certainly create new dynamics,“ says Dr. Arnd Weber. “Bold steps are required. A lack of risk-taking will leave the lead to American and Asian companies.“ The examples of Japan and Apple show that technology competition can lead to a profitable development of all players on the market, with massive benefits – also to the customers. Not least, the report reveals that customer orientation is also a Japanese success factor that still remains to be adopted throughout Europe.

The report “Mobile Service Innovation: A European Failure” was published in the journal “Telecommunications Policy“, Volume 35, Issue 5. DOI: 10.1016/j.telpol.2011.03.002 in 2011 and has meanwhile been translated into Japanese as well. The report and further information are available at http://www.itas.kit.edu/english/iut_current_webe09_nunet.php.


IT at KIT: This Year’s Highlights
At the CeBIT in Hanover on March 6, 2012, KIT will present current research from its focuses COMMputation as well as Anthropomatics and Robotics (hall 9, stand G33). Information technology will also be in the focus of KIT’s annual reception on March 22, to which numerous partners from industry and science have been invited. The first German department of informatics will celebrate its 40th anniversary at KIT in autumn.

Information technology at Karlsruhe Institute of Technology is bundled into two focuses. The KIT COMMputation Focus integrates communication and computation for development of devices with capabilities to interact, to perceive their environment, and to adapt to dynamically changing requirements. Researchers from the fields of informatics, electrical engineering, information technology, and economics cooperate to develop new concepts, architectures, methods, tools, and applications for the relevant complex systems.