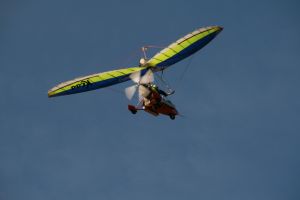 Modern coal-fired power plants extract sulfur and nitrogen from their offgases and, thus, reduce the emission of acids hazardous to the environment. A so far neglected climate-relevant side effect of this technology has now been found by scientists from the Institute of Meteorology and Climate Research of Karlsruhe Institute of Technology (KIT). Offgas cleaning multiplies the emissions of ultrafine particles that may affect cloud formation. This affects precipitation temporal and spatial and intensity distribution, reducing steady rain and favouring intense downpours.

By means of complex technical processes, modern coal-fired power plants separate pollutants from their offgases. Flue gas scrubbing, for instance, minimizes sulfur dioxide concentration to a few percent. Selective catalytic reduction (SCR) converts nitrogen dioxide (NO²) into nitrogen and oxygen. A small fraction, about 2%, of the remaining sulfur, however, is directly converted into sulfuric acid.

“In the total sulfur balance, its mass is of no importance. However, this small mass is distributed over an extremely high number of ultrafine sulfuric acid droplets, up to 50,000 particles per cm³ at 50 km distance in the plume,” says Wolfgang Junkermann from the Atmospheric Environmental Research Division of the Institute of Meteorology and Climate Research (IMK-IFU). A single power plant emits as many particles (aerosols) into the air as traffic on several thousand kilometers of motorways. Junkermann emphasizes that these particles have a diameter of a few nanometers only (1 nanometer = 1 millionth of a millimeter). Hence, they are even smaller than the fine aerosols from car exhaust gas.

This effect, called blue plume, is known to power plant engineers, but its impact on the environment has hardly been studied so far. “It is very difficult to detect these ultrafine aerosols in air and to assign them to their sources,” says Junkermann. For this reason, the researchers of IMK-IFU use an ultralight aircraft, the smallest manned environmental research aircraft in the world, to measure the emissions and the increase in aerosols on the plume level. Measurements in Germany, Inner Mongolia, Australia, and Finland revealed that the sulfuric acid droplets in the atmosphere grow to cloud condensation nuclei within a few hours. “During cloud formation, this high additional number of nuclei causes the water available to distribute over more, but smaller cloud droplets. At first, the formation of raindrops is delayed,” explains climate researcher Junkermann, “and the probability of extreme rainfall increases.” Instead of homogeneous, regionally distributed rain showers, longer dry periods or even more intense precipitation may occur. It is impossible to predict where. This depends on wind direction and wind speed at 2 to 5 km height and may also be more than 1000 km away.

According to Wolfgang Junkermann, this phenomenon is of relevance to climate in two respects. “Redistribution of precipitation is a disaster for agriculture in dry areas. Moreover, the longer residence time of water vapor in the middle atmosphere may negatively affect the radiation balance and, hence, the greenhouse effect.” The relationships of local emissions, regional impacts on clouds and precipitation, and effects on the energy balance of the atmosphere have hardly been studied so far and further experiments and model calculations are required. With their “flying aerosol laboratory”, the KIT scientists plan to supply data for process studies, data that cannot be measured by ground stations, satellites, and large research aircraft.