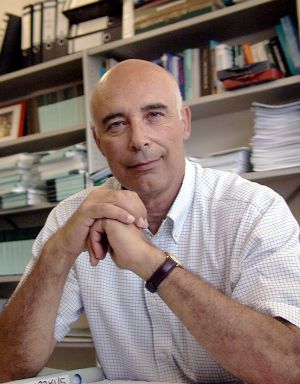 The Elementary Particle and Astroparticle Physics Center (KCETA) of Karlsruhe Institute of Technology (KIT) will hand over the 2011 Julius Wess Award at a ceremony on January 16, 2012. The laureate is the Italian physicist Professor Dr. Guido Altarelli, who works at the University of Rome (Roma Tre) and at CERN, Geneva. Following the award ceremony, Guido Altarelli will talk about theoretical interpretations of first results of the Large Hadron Collider (LHC) at CERN. Representatives of the media are cordially invited to come to the award ceremony on January 16, 2012, 16.15 hrs, at the Lehmann-Hörsaal (building 30.22) on KIT Campus South.

The 2011 Julius Wess Award goes to Professor Dr. Guido Altarelli, University of Roma Tre and CERN, for his work on theoretical concepts of the quantum field theory and its combination with the experiment and in particular for his studies of the consequences of supersymmetric models on physics at high energies.

Guido Altarelli, born in 1941, was conferred his doctorate in physics by the University of Florence in 1965. Further places of his scientific activity were the New York University (1968-69), the Rockefeller University (New York, 1969-70), and the University “La Sapienza” (Rome, 1970-92), where he was appointed ordinary professor of theoretical physics in 1980. In 1992, he moved to the University of “Roma Tre“. From 1987 to 2006, Guido Altarelli was senior scientist in the theory group of CERN, Geneva. His work focused and still focuses on the interaction of particles within and beyond the so-called standard model, by means of which physicists describe elementary particles and the forces among them.

The Julius Wess Award commemorates Professor Dr. Julius Wess, who worked tirelessly for theoretical and experimental elementary particle physics and published numerous internationally famous papers during his 20 years of work at the Karlsruhe Institute of Technology. Concepts of quantum field theory, such as the Wess-Zumino anomaly or the formulation of the first supersymmetric quantum field theory, the Wess-Zumino model, will always be associated with his name.

The research award is granted to elementary particle or astroparticle physicists for outstanding experimental or theoretical scientific achievements that extend and deepen our understanding of the fundamental laws of nature.

The KIT Elementary Particle and Astroparticle Physics Center (KCETA) pools the work of 360 employees and develops the strategy for future developments. The Center concentrates on nine scientific topics of experimental and theoretical nature, which ultimately end up in questions concerning the origin, development, and state of the universe and the processes taking place in it.

Program of the Ceremony: