Is the Higgs Model Valid for Any High Energies? 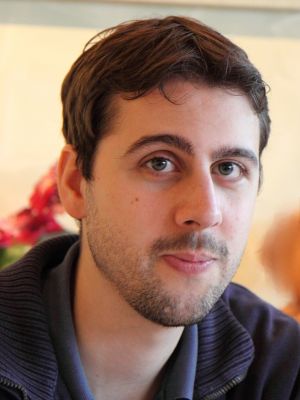 Max Zoller from the KIT Institute for Theoretical Particle Physics was awarded the prize for the best theory presentation by the International School of Subnuclear Physics. (Photo: Lisa-Marie Zoller)

This year’s prize for the best theory presentation of the “International School of Subnuclear Physics" of the Ettore Majorana Foundation, an annual course for PhD students in the field of particle physics, goes to the physicist Max Zoller from Karlsruhe Institute of Technology (KIT). The doctoral student is granted the prize for his work and his presentation about the beta function for Higgs boson self-interaction. His theoretical study shows that the standard model of particle physics can be valid for the Higgs boson up to nearly any high energies.

Interaction of Higgs particles with each other is a major component of the standard model of particle physics. The beta function as a central parameter of every theory in high-energy physics describes how the intensity of interaction of particles changes with the energy of the process studied. If, for example, low-energy, i.e. slow, electrons collide, their electromagnetic interaction is weaker than that of high-energy, i.e. fast, electrons. The opposite is true for strong interaction that keeps atomic nuclei together: The higher the energy of the process is, the weaker is the interaction of particles. “It is an important question in particle physics, whether the standard model can be valid up to very high energies or whether new discoveries at high energies have to be made, because the theory is no longer stable,“ says Max Zoller, doctoral student at the Institute for Theoretical Particle Physics. He studied for which energy range the Higgs model proposed more than 40 years ago by Peter Higgs, one of the inventors of the Higgs boson, and other scientists is valid.

A major interaction in the standard model of particle physics is that of a Higgs particle with other Higgs particles and its development at high energies. For this interaction, Max Zoller, together with his supervisor Dr. Konstantin Chetyrkin, calculated the beta function with so far unreached precision. According to the results of his studies, interaction of Higgs particles at high energies is weaker than at low energies. Zoller’s work allows major conclusions to be drawn with respect to a Higgs particle with a mass of about 125 giga-electron volts (GeV), which corresponds to the mass of the new particle discovered at CERN a few days ago. “As regards the experimentally determined mass of the Higgs boson of about 125 GeV, the calculations confirm a remarkable stability of the theory up to nearly any high energies,” says Zoller.

The studies of Zoller and Chetyrkin are important due to the discovery of the Higgs boson at the Large Hadron Collider (LHC), CERN, on July 4 this year. A group from the KIT Institute of Experimental Nuclear Physics was also involved in these measurements.

About the Person
Max Zoller studied physics at the former Universität Karlsruhe, today’s KIT. The holder of a scholarship of the German National Academic Foundation (Studienstiftung des Deutschen Volkes) is presently doing his doctorate at the Institute for Theoretical Particle Physics on “Three-loop Beta Functions in the Standard Model”.