KIT Computer Scientist Honored for His Work on Route Planners 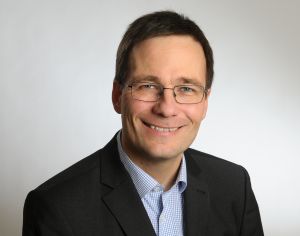 The 2011 Award of the State of Baden-Wuerttemberg for Applied Research goes to Professor Peter Sanders from Karlsruhe Institute of Technology (KIT). This announcement was made by Theresia Bauer, Minister of Science, Research, and the Arts, at today’s press conference in Stuttgart. The computer scientist is granted the award in the amount of EUR 100,000 for his research into route calculations. The State Award for Fundamental Research goes to the philologist Professor Peter Auer from Freiburg University. The awards ceremony will take place on July 20 at Freiburg.

Professor Peter Sanders considers the high practical relevance and multitude of algorithmic techniques to be the charm of his research work. “Moreover, the improvement potential is surprisingly high. For instance, calculations have been accelerated millions of times.”

For route planners, Sanders has developed a method, by means of which optimum driving routes can be calculated extremely quickly. Millions of route calculations can be made per second. The idea is “to use the hierarchy of road networks such that we are provided with optimum routes, although we scan a fraction of the roads only”, says Sanders. Motorways, for example, the uppermost level of the hierarchy, are sufficient for calculating the route from Hamburg to Munich. To calculate the route between suburbs of a city, the bottom level of the hierarchy may be sufficient. Apart from classical route planning, also traffic simulations, energy-efficient logistics, and the organization of smart car sharing services are among the applications.

Future research of Peter Sanders will now focus on the development of methods leaving the model of fixed driving times per road section. These methods are to react to the current traffic situation, e.g. traffic jams, or integrate public transport means in the planning.

Early this year, Sanders was granted the renowned Gottfried Wilhelm Leibniz Prize by the German Research Foundation (DFG) for his work relating to practice-oriented algorithm engineering. Three times, Sanders was granted the Google Research Award for his research into route calculation. Early this year, he was given this award together with Professor Dorothea Wagner from KIT and Professor Hannah Bast from Freiburg University for the project “Next-Generation Route Planning”.

About the person
Since 2004, Peter Sanders has been conducting research and teaching at Karlsruhe Institute of Technology (KIT). After his studies and Ph. D. at the former Universität Karlsruhe, he qualified as professor at Saarland University in 2000. From 1997 to 2004, he conducted research at the Max Planck Institute for Informatics, Saarbrücken. Since 2004, Sanders has been heading the Chair of Theoretical Informatics at KIT. He is author of more than 130 publications and co-author of 100 publications in 14 countries. In 2012, Peter Sanders was granted the Gottfried Wilhelm Leibniz Prize by the German Research Foundation (DFG).