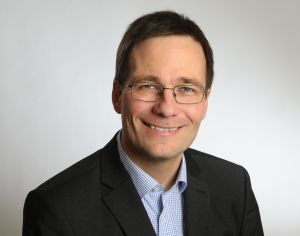 Professor Peter Sanders from Karlsruhe Institute of Technology (KIT) is awarded the renowned Gottfried Wilhelm Leibniz Prize by the Deutsche Forschungsgemeinschaft (DFG, German Research Foundation) for the year 2012. The Leibniz Prize in the amount of EUR 2.5 million is the science award in the highest amount worldwide. Since 2004, Sanders has been conducting research and teaching at KIT. The scientist is one of the key characters in algorithm engineering in Germany and internationally.

Algorithms are the basis of computer programming and, hence, a key technology for information society. Major achievements, such as the availability of the knowledge of mankind via search machines, have to be attributed mainly to efficient algorithms. Algorithm engineering is aimed at developing simple, practicable, and high-performance solutions for an effective use of algorithms in informatics.

As an expert in algorithm engineering, Sanders reached the world record in energy-efficient data processing with his team in 2010. By the smart use of algorithms, they succeeded in significantly reducing the energy consumption associated with the processing of large data volumes. Another successful project of the scientist from Karlsruhe is the route planner. With the help of a special process, optimum routes can be calculated extremely rapidly. By means of the techniques developed by Sanders, millions of route calculations per second can be performed, which is essential for the optimization of logistics and simulations of traffic. For this work, Sanders was granted the Google Research Award in 2008 and 2011.

By the combination of techniques from linear algebra and networking flow theory, Sanders succeeded in developing an efficient algorithm for the construction of optimum encoding schemes. This new algorithm has meanwhile become a cornerstone in information theory and refutes a dogma of the modeling of communication networks. It had been assumed that relay nodes simply transmit incoming data nodes. Sanders and his team proved that higher data rates are possible.

About the Person
After his studies and PhD at the former Universität Karlsruhe, San-ders qualified as professor at Saarland University in 2000. From 1997 to 2004, he conducted research at the Max Planck Institute for Informatics, Saarbrücken. Since 2004, Sanders has been heading the Institute of Theoretical Informatics at KIT. He is author of more than 130 publications and co-author of 100 publications in 14 countries.

Gottfried Wilhelm Leibniz Prize
Since 1986, the Leibniz Prize has been awarded annually by DFG. It was established to honor outstanding scientists for research in all areas of science. The prize money in the amount of about EUR 2.5 million can be spent by the winners according to their own ideas and without bureaucratic expenditure for their scientific work within a period of up to seven years. This year, the Leibniz Prize goes to eleven scientists. The winners were chosen from 131 proposals. So far, 313 researchers have won the prize that is considered one of the most important science awards worldwide. Six prize winners were awarded the Nobel Prize afterwards. The Leibniz Prizes will be handed over on February 27, 2012 in Berlin.