Start of the Helmholtz Alliance for Astroparticle Physics 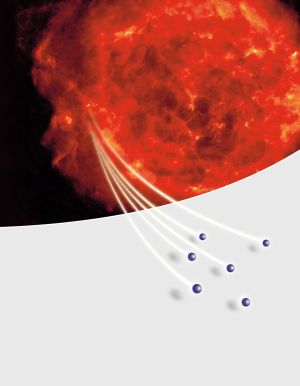 The Helmholtz Alliance for Astroparticle Physics is coordinated by KIT and represents an internationally visible consortium of the two Helmholtz Centers KIT and DESY, 15 German universities, three Max Planck Institutes as well as two other external partners. Activities concentrate on the “High-energy Universe”, “Dark Universe”, and “Astroparticle Theory”. The Alliance pools all research activities relating to these topics at German universities. A committee of international experts has now unanimously agreed to fund the Alliance with a total amount of nearly EUR 10 million over a duration of five years.

Astroparticle physics is a young, interdisciplinary field of research at the interfaces of astrophysics, particle physics, astronomy, and cosmology. It is here, where findings relating to the largest and smallest scales studied in physics, i.e. from quarks to the universe, come together.

“The Alliance is aimed at promoting entire astroparticle physics,” explains the coordinator of the Alliance, Professor Johannes Blümer, Scientific Spokesman of the Elementary Particle and Astroparticle Physics Center (KCETA) of Karlsruhe Institute of Technology. “We concentrate on the three superordinate topics of astroparticle theory, high-energy universe, and dark universe. Highly specialized technologies that are applied at our observatories worldwide represent the fourth pillar of the Alliance.”

“Astroparticle Theory” focuses on a standardized description of the propagation and measurement of cosmic particles as a key to the interpretation of observation data and on the understanding of the sources of cosmic rays, cosmic accelerators with the highest energies in the universe, as well as on effects of the so-called dark matter.

The topic “High-energy Universe” deals with the composition and interaction of cosmic rays, new detectors, and large future projects. Joint analysis of the observation data of charged particles, gamma radiation, and neutrinos is of crucial importance, as it promises to result in big progress under the heading of “Multi-messenger Astroparticle Physics”.

The third research topic “Dark Universe” concentrates on progress in the search for dark matter. “Dark matter is one of the biggest cosmic mysteries,” says Professor Dr. Josef Jochum, deputy spokesman of the new alliance and researcher at the University of Tübingen. “Dark matter by far exceeds the mass of stars and gas in all galaxies together, but we do not know what it is.” Development work in this field will relate to future experiments of even higher sensitivity.

Presently, about 100 scientists and 90 PhD students are cooperating in the new Helmholtz Alliance. Within the framework of this Helmholtz Alliance for Astroparticle Physics, it is planned to establish a graduate school to familiarize young scientists with this complex, interdisciplinary field of research in a specific manner.