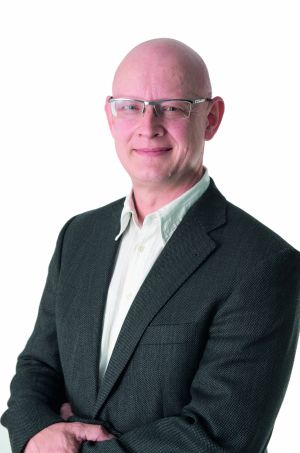 Is granted the Lautenschläger Research Award for work on the development of the retina in vertebrates: Professor Jochen Wittbrodt. (Photo: May-Britt Hansen)

Research conducted by the biologist Jochen Wittbrodt focuses on aspects of molecular cell and evolution biology, stem cell biology, and multidisciplinary approaches to computational biology and modern microscopy. The Director of the Institute of Toxicology and Genetics of Karlsruhe Institute of Technology (KIT) and founding director of the Centre for Organismal Studies (COS) of Heidelberg University is granted the award in the amount of EUR 250,000 for his work on the development of the retina in vertebrates. The award ceremony will take place on July 01 at Heidelberg.

Research of Professor Jochen Wittbrodt is dedicated to investigating problems extending from early embryonal development to the regeneration of eye structures. One focus is on the development of eyes of osteichthyes (bony fish), i.e. on the genetic mechanisms of evolution, life-long growth, and regenerative properties. Using the medaka fish, a Japanese freshwater fish, as a model organism, Wittbrodt has already identified genes that are relevant to the process of eye development. The scientist discovered that cells in the fish embryo are programmed early for eye formation and then migrate to the place where to grow to organs. With this result, Wittbrodt confirms the relevance of migrating stem cells to the development of organs.

About the Person:
Jochen Wittbrodt, born 1961, studied biology at the Ludwig Maximilian University Munich. After his PhD at the Gene Center Munich, he worked and conducted research at the Biozentrum of the University of Basel. Between 1995 and 1998, he worked as a young researcher at the Max Planck Institute for Biophysical Chemistry, Göttingen, and developed molecular and cell-biological tools that eventually gave rise to spectacular work at the European Molecular Biology Laboratory (EMBL). After conferral of his post-doctoral lecture qualification at the Technical University of Braunschweig, Jochen Wittbrodt started to work at EMBL in 1999. Since 2007, he has been conducting research at KIT as Director of the Institute of Toxicology and Genetics and at the Institute of Zoology of the University of Heidelberg that ended up in the Centre for Organismal Studies (COS) established in 2010, the founding director of which is Professor Wittbrodt.

The scientist has already been granted several renowned awards and honors for his work.