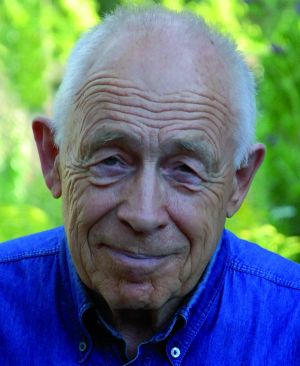 Dr. Heiner Geißler is the 2011 Heinrich Hertz Guest Professor of the Karlsruhe University Society (KUG) and Karlsruhe Institute of Technology (KIT). The retired federal minister will come to KIT to present two public lectures on Tuesday, June 28, on “Language and Information in Political Debate” and on Thursday July 07, on “Innovation and Ethics in a World of Upheaval.” Both lectures will start at 18.00 hrs, in the Audimax, Strasse am Forum 1, KIT Campus South.

Heiner Geißler considers language and information to be of particular importance in political debates: “For more instruments of direct democracy, petitions or referendums, we need a new information scenario. If technical developments or large infrastructure projects are planned, negotiations must not take place behind closed doors,” says Dr. Heiner Geißler. In this connection, he pleads for a dialog with the citizens and more transparency.

Since 1997, Heiner Geißler has been repeatedly appointed arbitrator in collective disputes. He also assumed this role during the debates on Stuttgart 21, the planned underground central railway station of the capital of the state of Baden-Wuerttemberg.

The Heinrich Hertz Guest Professorship is awarded once a year to outstanding personalities from science, industry, culture, and politics for their services and contributions to research and society. The KUG donated the guest professorship in the amount of EUR 7500 in 1987 on the occasion of the 100th anniversary of the discovery of electromagnetic waves by the physicist Heinrich Hertz at Universität Karlsruhe.

About the Person
Heiner Geißler, born on March 03, 1930, is married and father of three children. He studied philosophy and law at Munich and Tübingen and was conferred his PhD in 1960. He passed his bar examination in 1961. Then, he worked as a judge and headed the office of the Baden-Wuerttemberg State Minister of Labor and Social Matters. In 1965, Heiner Geißler was elected member of parliament for the first time. From 1967 to 1977, he was Minister of Social Matters, Youth, Health, and Sports of the State of Rhineland-Palatinate. From 1982 to 1985, he was Federal Minister of Youth, Family, and Health. From 1977 to 1989, he was General Secretary of the CDU. Then, he again was member of parliament from 1980 to 2002. From 1989 to 2000, he was member of the board of the CDU and from 1991 to 1998 Deputy Chairman of the CDU/CSU parliamentary group.

As a passionate paraglider, mountaineer, and climber, Heiner Geißler is honorary chairman of the Association of Sports and Nature that represents the interests of all nature sports clubs in Germany. From 2002 to 2005, he chaired the association AktionCourage that is pleading in favor of integration and against racism. Among others, Geißler was awarded the Regine Hildebrandt Prize for Solidarity in Unemployment and Poverty in 2005 and the environmental award “Goldener Baum” (golden tree) of the Foundation for Ecology and Democracy, Bonn, in 2010.

A detailed interview with Dr. Heiner Geißler will be published in the 2/2011 issue of the lookKIT magazine http://www.pkm.kit.edu/kit_magazin.php.