Without Power Into Disaster 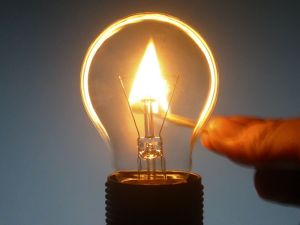 Power is omnipresent: Operation of phones, refrigerators, and light is based on permanent energy supply. We depend on an interruption-free power supply of traffic lights, underground trains, waterworks, hospitals, computers, and industry production. The catastrophic consequences of a large-area and long-lasting blackout are in the focus of a study that is presented by KIT researchers today in Berlin at a meeting of the Committees on Internal Affairs and Research of the German Parliament.

“In the past years, blackouts in Europe and North America clearly revealed the vulnerability of modern societies,” explains Thomas Petermann from Karlsruhe Institute of Technology, under the direction of whom the study was performed. Due to a blackout in Ontario, Canada, in August 2003, an emergency was proclaimed for one week. In the region of Münsterland, a quarter of a million people were cut off from the grid for up to seven days in November 2005. This blackout was accompanied by the failure of household appliances, such as telephones, heaters, and TV sets as well as by short supplies of food and water.

Although the blackout lasted for a few days only and covered a small area, massive malfunctions and interruptions of supply, breaches of peace, damage and production losses in the amount of billions occurred. A large-area and longer-lasting blackout is expected to result in a potentialization of these effects with dramatic consequences.

“We have now submitted a detailed, systematic analysis of the consequences,” says Petermann, who also is the Deputy Director of the Office of Technology Assessment with the German Parliament. “We analyzed the effects long-lasting and large-area blackouts would have on the society and its critical infrastructures and how Germany is prepared for such a disaster.” The study is entitled “Endangerment and Vulnerability of Modern Societies with a Large-area and Long-lasting Blackout Being Used as an Example”.

According to the study, a blackout would result in a collapse of the need-tailored supply of the population with vital goods and services after a few days already. A blackout would mean the immediate interruption of communication by phone and TV, production at factories would stop. When batteries will be discharged a few hours later and emergency power supplies will no longer have any fuel, mobile phones will be unusable and intensive care and dialysis units at hospitals can hardly be operated any longer.

Public safety would be threatened seriously, the state will no longer be able to fulfill its constitutional obligation to protect the life and physical condition of its citizens. The probability of a long-lasting blackout affecting several federal states may be small, but if it would occur, the consequences would equal a national disaster. And this disaster would not be manageable even when mobilizing all internal and external forces and resources. If at all, it could be mitigated.

For this reason, further efforts are required on all levels in order to increase the stability of critical infrastructures in the short and medium term and to further optimize capacities of emergency management. Blackout as an example of damage effects spreading like a cascade should therefore continue to be of high priority on the agenda of decision-makers in politics and society. Sensitivity of industry and the population should be increased.