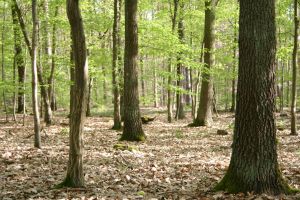 Reactive nitrogen compounds from agriculture, transport, and industry lead to increased emissions of the greenhouse gas nitrous oxide (N2O) from forests in Europe. Nitrous oxide emission from forest soils is at least twice as high as estimated so far by the Intergovernmental Panel on Climate Change (IPCC). This is one of the key messages of the first study on nitrogen in Europe (European Nitrogen Assessment, ENA) that is presented this week at the International Conference ”Nitrogen and Global Change 2011“ in Edinburgh, Scotland.


The ENA study performed by more than 200 scientific and political experts from 21 countries and 89 organisations concludes that the consequences of reactive nitrogen from air in the European forests so far has been underestimated significantly. Based on the information now available, about 2 to 6% of the atmospheric reactive nitrogen is converted into nitrous oxide that is emitted from forest soil into the atmosphere again. The corresponding estimate of the IPCC so far was about 1% only.

Over a forest area of 188 million hectares, deposition of reactive nitrogen increased from 1860 to 2000 by 1.5 million tons per year. This corresponds to an increase in reactive nitrogen per hectare forest by about 8 kilogrammes.

The increased atmospheric input of reactive nitrogen mainly comes from fertiliser use in agriculture and the associated volatilisation of ammonia and from nitrogen oxide emissions due to the combustion of fossil fuels or biomass burning.

Increased deposition of reactive nitrogen to forests does not only result in climate-damaging nitrous oxide emissions from forest soils, but also in a loss of diversity of plant and animal species and enhanced nitrate emissions into water.

When presenting this part of the ENA study in Edinburgh, Professor Klaus Butterbach-Bahl emphasised: “The present atmospheric reactive nitrogen deposition is much too high. Our analysis shows that significant reductions in particular of ammonia emissions from agricultural activities are needed to reduce nitrous gas emissions from forest
soils.”

Klaus Butterbach-Bahl is professor at Karlsruhe Institute of Technol-ogy (KIT). He is heading the Atmospheric Environmental Research Division of the Institute of Meteorology and Climate Research (IMK-IFU) and lead author of the ENA chapter 19 on reactive nitrogen as a threat to the European greenhouse balance.

The ENA study is the first study describing the multiple threats of nitrogen pollution, including its ecological and economic impacts, i.e. its contribution to climate change and biodiversity loss on the European scale. The ENA study also identifies the regions at greatest risk in Europe and outlines actions to be taken to reduce the risks to protect the environment and public health.

The ENA study was conducted for the Air Convention of the United Nations Economic Commission for Europe and funded by the European Science Foundation.

Parallel to the ENA presentation, a commentary by the lead editor Dr Mark Sutton from the Centre for Ecology & Hydrology, Great Britain, was published in Nature on 11 April. This commentary outlines why the reduction of nitrogen emissions is one of the central challenges in the twenty-first century. Dr Sutton commented: “This is an extremely important finding. It means that nitrogen release into the atmosphere from industry and agriculture is having a much bigger impact on nitrous gas emissions from soils than previously recognised. It provides a further argument of why it is vital to reduce emissions of nitrogen oxides and ammonia with benefits all round for climate, air quality, and biodiversity.” (Nature 472, pages 159-161, April 14, 2011)

The ENA study will be formally launched on 11 April, the first day of the Nitrogen and Global Change 2011 Conference in Edinburgh (11 to 15 April 2011). http://www.nitrogen2011.org/webfm_send/42.
If you wish to attend the conference, please contact Barnaby Smith bpgsCax1∂ceh ac uk .

The full assessment is available on the Nitrogen in Europe website: http://www.nine-esf.org/ (Click on ENA press left hand menu) to access pdf copies of the Assessment chapters.

The ENA study is being published by: Cambridge University Press www.cambridge.org/9781107006126.