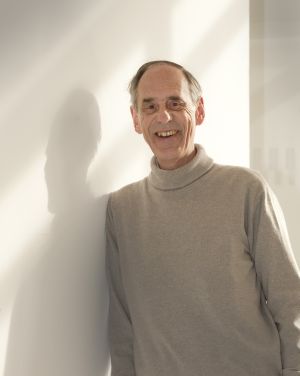 The physicist and materials scientist Professor Herbert Gleiter has been elected Fellow of the American Materials Research Society (MRS). With this, the organization appreciates his fundamental research into nanomaterials. The official act will take place in late April at the spring meeting of the MRS in San Francisco.

Herbert Gleiter says that he was driven by curiosity. It made him study the properties of smallest crystalline materials. These fundamentals made him discover modern nanomaterials that are playing a central role in nanotechnology today. In the 1980s already did he find that crystalline materials are given special properties by a high proportion of grain boundaries, i.e. transitions between various mutually contorted crystal areas as well as by a high proportion of interfaces among various phases. Gleiter was the first to discover the periodic structure of interfaces among variably oriented crystals. On this basis, he designed the “structural unit model”, the basis of today’s models of the atomic structure at grain boundaries.

These findings made him a pioneer of nanosciences. From 1994, he was member of the Executive Board of the former Forschungszentrum Karlsruhe. In 1998, he founded the Institute of Nanotechnology (INT) together with the Nobel Prize laureate Professor Jean-Marie Lehn and Professor Dieter Fenske and was then appointed director of the INT. Meanwhile, he has retired, but still continues his research: As one of the scientists active in KIT’s Network of Excellent Retired Scientists (NES), the 71-year-old Gleiter conveys his knowledge and experience to the younger generation. His current work deals with a new class of non-crystalline nanomaterials, so-called nanoglasses, and he focuses on the transition between classical mechanics and quantum mechanics.

About the Person
Herbert Gleiter has already been granted numerous awards, including the Leibniz Award of the German Research Foundation (DFG) in 1988, the Max Planck Research Award of the Alexander von Humboldt Foundation and the Max Planck Society in 1993, and the Blaise Pascal Medal of the European Academy of Sciences in 2009. Among others, he was professor at the Massachusetts Institute of Technology (MIT), the University of Bochum, and the Universität of the Saarland.