Rules for the Organization and further Development of KIT 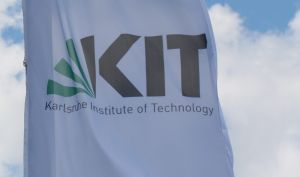 During its meeting on March 21, the founding senate unanimously adopted the joint KIT statutes defining its structure and organization. Adoption of these statutes marks a major milestone in the further development of KIT. Moreover, they provide for the constitution of the regular KIT senate that will replace the founding senate on October 01, 2011. With their adoption by the senate, the statutes will now be submitted to the Baden-Wuerttemberg Ministry of Science, Research, and the Arts (MBK) for approval in agreement with the Federal Ministry of Education and Research (BMBF).

The statutes apply to both the large-scale research sector and the university sector of KIT and, thus, support the implementation of the merger. “With this, we have reached another milestone,” said KIT President Eberhard Umbach. “However, we will continue to work on these statutes, revise and adapt them to account for the rapid further development of KIT.” The statutes are designed to allow for an open discourse of all members of KIT, including its students. “It provides for transparency on decisions and responsibilities and duly considers own responsibilities of the units,” emphasizes KIT President Horst Hippler.

Apart from regulations on the central bodies, i.e. the Presidential Committee, KIT Senate, and Supervisory Board, the statutes outline the main features of the structure of scientific organizational units and formulate further development perspectives. In addition, the statutes contain regulations on appointment procedures and the participation of students according to the Law of Baden-Wuerttemberg on Universities and Colleges. In the preamble of the joint statutes, KIT undertakes to act in accordance with ethic principles in its strategic fields of research, teaching, and innovation as well as services. Concrete guidelines will now be set up.

The joint statutes will enter into force on the date after their official announcement by KIT. This requires the approval of the Baden-Wuerttemberg Ministry of Science, Research, and the Arts (MWK) in agreement with the Federal Ministry of Education and Research (BMBF). The KIT founding supervisory board commented on the draft statutes on March 07 already and, thus, paved the way for today’s decision. A specially appointed, KIT-wide commission had developed the statutes.