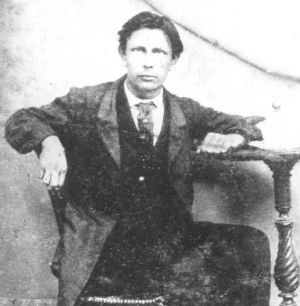 Three wheels, a combustion engine, and electric ignition: On January 29, 1886, Carl Benz applied for a patent for his “Tricycle” – the first motor vehicle. In spite of the skepticism around him, Benz developed the vehicle further. Today, he is deemed the inventor of the automobile and pioneer of automotive industry. From 1860 to 1864, Carl Benz studied at the Karlsruhe Polytechnical School, the precursor of today’s Karlsruhe Institute of Technology (KIT). Presently, scientists of nearly 40 institutes are working on developments for future mobility.

According to a frequently quoted story, a “PR tour” of his wife provided for Benz’s success. In summer 1888, she got behind the wheel of the motor vehicle and drove with two of her sons from Mannheim to Pforzheim. In this way, functioning and reliability of the vehicle was demonstrated. In 1889, Benz presented new models at the Great Exhibition in Paris. The vehicles became increasingly popular – the rest is history. A commemorative plaque on the Eh-renhof of KIT Campus South reminds of the “inventor of the automobile.”

In 1844, Carl Benz was born in Mühlburg, which was an autonomous place near Karlsruhe at that time. Studies at another city would have been beyond the financial means of his family. And at that time, there hardly was any better place to become a mechanical engineer: At the Karlsruhe Polytechnical School founded in 1825, a pioneer of scientific mechanical engineering was teaching at that time, Ferdinand Redtenbacher. Under his direction, the Karlsruhe Polytechnical School achieved international recognition.

Half a century after Benz had completed his studies, his company Carl Benz & Cie., Mannheim, started to cooperate with the Technical University of Karlsruhe. When his company won the “Emperor’s Award for the Best German Aircraft Engine” in the amount of 50,000 Goldmarks in 1913, Benz donated this sum to the university as “Carl Benz Foundation”. In November 1914, shortly after his 70th birthday, Carl Benz was appointed honorary doctor of Karlsruhe University “in recognition of his outstanding merits in the development of combustion engines and his pioneer invention activities in the field of automotive construction.”

Vehicle and Mobility Concepts – Top Research at KIT
Now, 100 years later, mobility research and the education of excellent young engineers continue to be among the central tasks of today’s KIT. In 2007, the English bachelor program in mechanical engineering started at the Carl Benz School of Mechanical Engineering. Since 2009, the Mobility Systems Focus has been pooling KIT activities relating to vehicle technology. Presently, 37 institutes with about 800 employees on KIT Campus North and Campus South are working on tomorrow’s vehicles. It is their objective to develop energy-efficient, low-emission, and safe vehicles and mobility concepts. Research also considers the complex interactions of vehicle, driver, traffic, and society.

Successes of the KIT Mobility Systems Focus
Scientists of the Institute of Product Development (IPEK) have developed a clutch system based on ceramic materials. Due to its high power density, lighter and smaller gear boxes can be used. As a result, CO2 emissions of future vehicle generations will be reduced.

Lightweight construction also plays an important role in the “KITe hyLITE” innovation cluster of the Chair of Lightweight Construction. Here, methods were developed to use the potentials of composite materials for weight reduction. Under the Mobility Systems Focus, also new options of reducing weight are implemented, i.e. mechatronic stabilization of weight-reduced, vibration-susceptible structures.

Electric drives increasingly complement conventional driving systems with a combustion engine that were used in Carl Benz’s tricycle already. In hybrid drives, both driving systems are adapted optimally to each other. Scientists from the Institute of Vehicle System Technology (FAST) participate in the development of the Porsche “GT3 R Hybrid”. This hybrid vehicle was in the leading group of the 1000-km race in China.

Future passenger cars and commercial vehicles have to be energy-efficient and safe at the same time. This can be achieved by adapting the driving style with computer support to a road and to traffic, such that fuel consumption is minimal. At KIT, driver assistance systems are being developed for this purpose. For the driver to lean back in his future car, cognitive automobiles are developed, such as the vehicle “AnnieWAY” by the Institute of Measurement and Control, which took part in the international rally “DARPA Urban Challenge”. Increasing traffic density requires intelligent communication of all traffic participants, which is safe and not susceptible to interference at the same time. The Institute for Information Processing Technology (ITIV) works on encoding algorithms meeting these Car2Car communication requirements.

Electrification of the drives and integration of electrics, electronics, and information technology make vehicle development increasingly complex. Automotive manufacturers use software solutions of the aquintos company for the development of these complex systems. aquintos is a spin-off of the Research Center for Information Technology and illustrates the transfer potentials of KIT scientists.

These potentials are also reflected by the cooperation projects of KIT with automotive manufacturers and their contractors. Apart from numerous bilateral research and development projects between research teams and original equipment manufacturers, large research clusters are established. In 2008, KIT founded the Project House e-drive together with Daimler AG and the state of Baden-Wuerttemberg. Here, Daimler engineers and KIT researchers work hand in hand on future mobility.

“Competence E“ – Pooled Know-how
KIT also sets yardsticks in electromobility: 250 scientists at more than 20 institutes are working on improving energy stores and driving systems such that electric driving will be possible all over Germany. “Competence E” is the project coordinating these activities. It focuses on the development of new system designs and the setup of new processes for the production of low-cost batteries and e-drives. KIT works on tomorrow’s battery for a silent, clean, and low-cost electric vehicle in the future.

2011 Automobile Summer – Open Day at KIT
In the anniversary year, the state of Baden-Wuerttemerg will celebrate the invention of the automobile by many events. A highlight of the “2011 Automobile Summer” will be the Open Day at KIT on Saturday, July 2. KIT will then present the newly developed area of the former Mackensen barracks on Adenauerring. Visitors will have the opportunity to visit research facilities, laboratories, and test rigs relating to “future mobility” and to talk to scientists. Diverse offers for children, a party mile with food and beverages, and an entertainment program will complement this event.