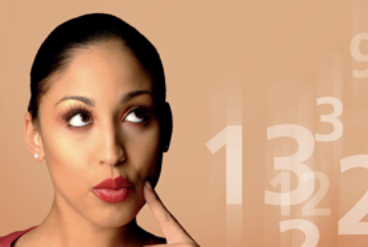 For tinkerers in numbers: Puzzles relating to this year of mathematics

Mathematics - just delicious: Two professors and five scientific assistants will prove this on next Monday: For the guests coming to their booth on the fairground of the city’s anniversary celebrations, the dean of the faculty, Professor Frank Herrlich, Professor Wolfgang Reichel, and their team will knead pretzel nodes: “Loosely based on mathematic node theory”, says Wolfgang Reichel. Representatives of the media are cordially invited. Persons interested should register by Friday, June 13 (registration form see below).

The baking action offers a foretaste of the mathematics competition “Brätseltüte” that is organized jointly by the faculty and the Badische Backstub’. This action will be started on the city’s anniversary that will be celebrated from June 20 to 22 in the Südoststadt of Karlsruhe. The first problem may be solved by the visitors coming to the booth of the mathematicians on the fairground. Six other problems to be solved will be given on the bags of the Badische Backstub’ from June 23 to July 31 or under www.kit-braetseltuete.de on the internet.

Appetite for mathematics is also created by the 2008 MathFilm festival that will take place at the Schauburg from July 1 to 10. On Tuesdays and Thursdays, films will be shown that will focus on mathematical phenomena: The films will deal with famous problems, ingenious labyrinths, mathematical (nightmares) dreams as well as with unexplainable symbols and riddles. On the occasion of this year of mathematics, the film festival will take place in many German cities. The series that addresses a broad, scientifically interested public is funded by the Federal Ministry of Education and Research. An introduction to the films will be given by members of the faculty. On Tuesday, July 1 and July 8, a special film event each will be organized for pupils in the morning.

Short descriptions of the films and further information on the 2008 MathFilm festival can be found on the internet under http://jdm.mathematik.uni-karlsruhe.de/mathfilm2008/
mathfilmindex.html.

Please register for the PR event “Mathematik-Professoren backen“ by Friday, June 13 with the Public Relations and Marketing Department by fax: +49 721 608-5681 or by e-mail.