For a Clear View on the Games 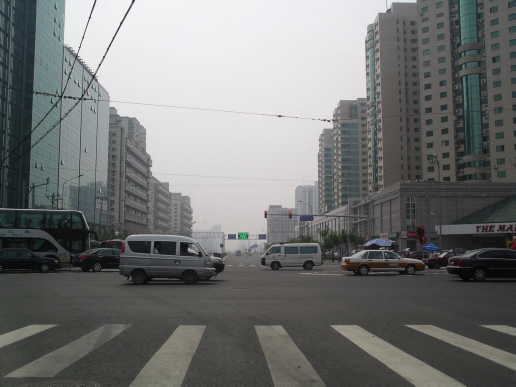 KIT scientists will measure air pollution during the Olympic Games at Beijing.(Photo by: Stefan Norra)

During the Olympic Games at Beijing from August 08 to 24, China wants to drastically reduce traffic and industry emissions. Scientists from the Karlsruhe Institute of Technology (KIT) led by the geoecologist Dr. Stefan Norra will support the country: Every day, they will analyze aerosol pollution in detail.

Since mid-July, Norra and his team from the Institute of Mineralogy and Geochemistry of the Universität Karlsruhe have daily taken air particle samples in order to study mass and chemical composition. They are cooperating with the China Research Academy of Environmental Sciences, the Research Department of the Chinese Environmental Ministry, and the China University of Geosciences at Beijing. The project is funded by the Deutsche Forschungsgemeinschaft (DFG, German Research Foundation).

Norra considers it a unique opportunity “to study the success of measures taken to reduce atmospheric particle load in a megacity like Beijing with roundabout 15 million inhabitants and to pursue the increase in pollution after the games.” For a better air quality during the games, the government has halved the number of vehicles allowed to enter the city, coal-heated restaurants have been equipped with filters, and parts of heavy industry production have been stopped. At Beijing, there is great confidence that the Chinese limit value for particles of less than 10 micrometers in diameter will not be exceeded during the games. However, particles smaller than 2.5 micrometers are considered to be much more dangerous, as they are more difficult to remove by filtration: According to measurements that have been conducted by KIT scientists since 2005 under another DFG project, concentrations of such particles drop below 80 micrograms per cubic meter during the summer in Beijing. Compared to other seasons, these concentrations are lowest. Still, they exceed the limit of 50 micrograms per cubic meter valid in Europe for particles with a diameter smaller than 10 micrometers, even though they are below the Chinese limit of 150 micrograms per cubic meter.

When studying particle pollution, Norra and his colleagues are cooperating with the Department of Medical Meteorology of the German Weather Service in Freiburg. “They help to distinguish particles according to their size and to identify black and transparent particles”, says Norra. In this way, the Karlsruhe scientists obtain valuable hints concerning the impacts of the particles on health and their origin.

Emissions will be reduced until after the Paralympics that will end on September 20. Norra is very much interested in “how quickly the atmospheric particle load will increase again afterwards”. For this purpose, he and his colleagues will continue their studies after September 20. Moreover, the Forschungszentrum and Universität will fund a measurement campaign in the coming winter and spring to determine variations of the particle load at different altitudes in the atmosphere. Apart from the above partners, the China Academy of Sciences and the KIT Institute for Regional Sciences as well as the Atmospheric Environmental Research Division of the Institute of Meteorology and Climate Research will then be involved in this project.