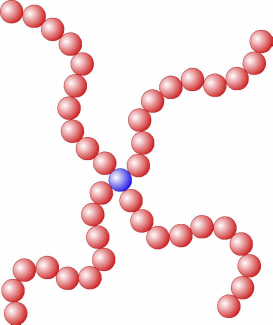 Complementing and sharpening its research portfolio: With this objective, the Karlsruhe Institute of Technology (KIT) is establishing 10 new field groups. The first to start this summer is Professor Christopher Barner-Kowollik: With his team, he explores new paths of synthesizing polymers and their formation mechanisms – thus strengthening materials research at the KIT.

Polymers are very large molecules that are composed of many small similar individual components. It is distinguished between natural polymers like proteins and artificially produced polymers, for example polyurethanes or polycarbonates that are contained in housings of computers or mobile phones. Christopher Barner-Kowollik and his team want to find out how the macromolecules are generated and how this process, called polymerization, can be controlled. “We are interested in the mechanism and kinetics, that is in the formation paths and the speed of the process”, explains Barner-Kowollik. “Knowing them, we can precisely predict major properties of the polymers and, hence, determine the properties of the materials in which they occur.”

The findings obtained by the group are directly transferred to application: Uses extend from dirt-repellent wallpaper to ideal carriers of active substances. For nine years, Barner-Kowollik has conducted research at Sidney. From there, he has brought along another application example: In Australia, roofs of houses are often made of painted steel. A paint made in Europe would not be suited for this purpose – in Australia, this paint would be exposed to a much higher UV radiation and damaged soon. ”Consequently, we have to find a special formulation of the paint. For this purpose, we study the decay of polymers and try to find out how it can be stopped.” 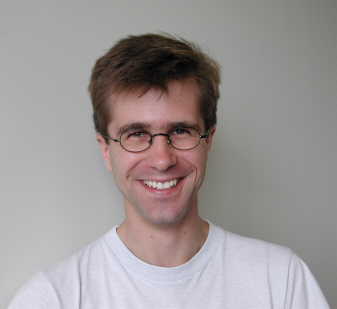 The second major topic apart from the detailed description of the reaction mechanism is the development of methods to produce polymers. This also is in the interest of industry: “Many of our technologies are directly transferred to industry”, says Barner-Kowollik. Among the cooperation partners are German companies doing international business, but also Australian enterprises.

Another main activity of the group is the characterization of macromolecules: Their structure is studied by means of mass spectrometry, for instance. The team is developing new methods for characterization with maximum accuracy.

At the moment, the team consists of eleven members, seven have come from Sidney with Barner-Kowollik. In the long term, the team is planned to grow to 25 members. According to the researcher, aged 35, one of the reasons to come to the KIT was the effective and rapid appointment procedure. “The management was prepared to listen to issues like dual career – my wife also is a researcher – and the care of our two children and was rather flexible in finding solutions”, reports Barner-Kowollik, who was positively surprised by the flexibility in the negotiations.

Barner-Kowollik’s group “Preparative Macromolecular Chemistry” is the first of ten new field groups established by the Karlsruhe Institute of Technology (KIT) from funds of the Excellence Initiative. These groups open up new fields of research: They work in areas that have not been covered by the KIT so far and, thus, extend the research portfolio.