Bearing It in Remembrance

Hideto Sotobayashi, Witness to the Atomic Bombing of Hiroshima, Will Speak at the KIT 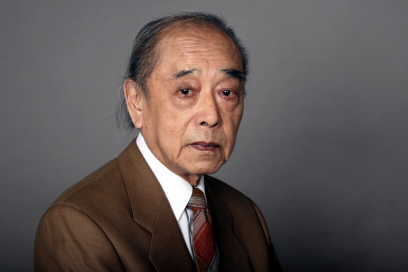 On Thursday, October 16, 2008, 17.00 hrs, Professor Hideto Sotobayashi, one of the last living witnesses to the American atomic bombing of Hiroshima, will speak to the public “In Commemoration of Hiroshima and Nagasaki” at the Karlsruhe Institute of Technology. The event will take place at the Engesser-Hörsaal on the premises of the university (Otto-Ammann-Platz 1, Building No. 10.81). Admission is free.

With his presentation, Sotobayashi wants the public to bear the events of August 1945 in remembrance and to contribute to the worldwide proscription of atomic weapons. Only in the past year did the retired professor of chemistry, who has been living in Berlin for 50 years, start to talk about his dramatic experience. “Nuclear weapons”, says Sotobayashi, “are the most terrible weapons ever developed and applied by mankind. We should not forget the consequences. Otherwise, such an event will happen again.”

His presentation is part of the series “International Forum” of the ZAK │ Zentrum für Angewandte Kulturwissenschaft und Studium Generale (Center for Applied Cultural Sciences and Studium Generale) of the university. The event on October 16 will be organized by the KIT fund raising office in cooperation with ZAK and the German-Japanese Society of Karlsruhe.

Hideto Sotobaysahsi was born in Nagasaki in 1929. When he was six, his family moved to Hiroshima. On August 06, 1945, Hiroshima was bombed with nuclear weapons by US aircraft, as was Nagasaki a little later. Sotobayashi was a 16-year-old pupil when he experienced the horror of the first atomic bombing in the history of mankind. As if by a miracle, his health was only slightly affected, although he had not been more than 1.5 km away from the epicenter at the time of detonation. Later, Sotobayashi studied physics and chemistry at Tokyo and came to West Berlin in 1957 as a Humboldt scholarship holder. There, he worked at the Fritz Haber Institute and married a German. Until his retirement in 1994, he was professor of physical chemistry at the Technical University of Berlin as well at the Max Planck Institute for Physical Chemistry of High Polymers.