Do Issues and Policies Matter to Voters? 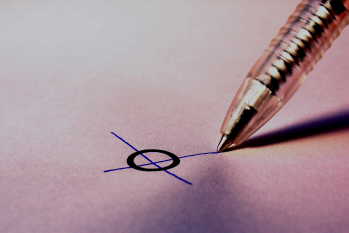 According to which criteria does America elect its president? As shown by Professor Scott Armstrong from the University of Pennsylvania and KIT scientist Andreas Graefe, the country’s problems and the candidates’ perceived competence of solving them seem to have an important impact on the voting decision. For 2008, Graefe and Armstrong forecast Barack Obama to be the winner, receiving 52.5 % of the two-party vote.

“It is usually believed that the candidates’ positions on issues and policies have a small influence on the outcome of the US elections”, says Andreas Graefe from the KIT Institute for Technology Assessment and Systems Analysis (ITAS), who is currently conducting research at the University of Pennsylvania. Together with Scott Armstrong from the Wharton Business School, he has developed a new model to forecast the outcome of elections. According to Graefe, it is often assumed that specific issues, such as abortion, gun control, or in this year, the financial crisis determine the voting decision. “In our new model we are evaluating the perception of voters as to which a candidate will do a better job in solving the issues as a whole, identified by current polls.”

In a first approach, called “PollyIssues”, Armstrong and Graefe aim at predicting the election based on which candidate is expected to do a better job in solving the issues facing the country. This approach is based on the assumption that for the voter it is less important how issues are solved or which policies are pursued by a candidate. Voters simply want the problems to be solved.

In contrast to classical regression models in which variables are weighted according to different criteria, the index method chosen by Armstrong and Graefe is simple. The candidate who the majority of voters expect to do better on a certain issue scores a point. In the end, the candidate with the highest total score is forecasted to be the election winner. 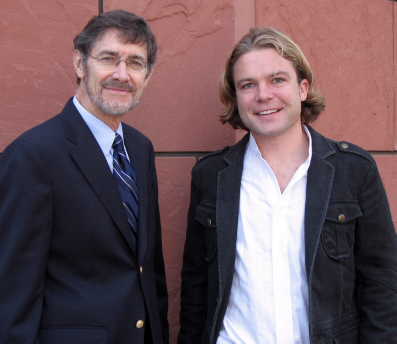 They developed a new model for forecasting the outcome of elections: Scott
Armstrong from the University of Pennsylvania and Andreas Graefe from the KIT.
(Photo by: Private)

Graefe and Armstrong analyzed the data of 315 polls and tested their method for the last nine US presidential elections from 1972 to 2004. Seven times, PollyIssues would have correctly picked the winner. Only for the elections of 1976 and 1980 did this method fail. The researchers assume this to be due to the smaller number of polls available for elections earlier than 1992. For the last three elections from 1996 to 2004, however, their forecasts would have been even more precise. Not only would it have picked the winner correctly. Also, the forecasts of the vote would have been off by only a few percentage points, outperforming traditional forecasting models. These models, developed by economists and political scientists, usually explain the outcome of elections by economic factors, such as the state of national economy.

In a second approach, called “PollyPolicies”, Graefe and Armstrong forecast the outcome of the election by taking into account the candidates’ positions on policies. This approach is based on the assumption that voters are well informed about policies and take this information into account when making their voting decision. The candidates’ policies to solve problems often vary considerably. An example is the crime rate: It is a classical position of democrats to improve education and, thus, enhance the chances of persons, who might be prone to committing crimes, on the labor market. Republicans, by contrast, might favor more police forces and longer sentences. Using the index method, Graefe and Armstrong studied the relationship between policies preferred by voters and the positions of the candidates. The result: Again, voters favor Barack Obama.

In Line with Classical Election Forecasts

With forecasting Barack Obama as the election winner, Graefe and Armstrong are in line with traditional election forecasting models, as summarized in the PollyVote. PollyVote combines forecasts of various methods: polls, a prediction market, expert opinions, and statistical models. Using this approach, PollyVote already succeeded in forecasting the outcome of the 2004 elections nearly perfectly. In particular, at no point in the 2004 campaign, Polly predicted John Kerry to be the winner, even when polls saw Kerry ahead. Polly’s forecast for 2008 is clear: Since its reintroduction in August 2007, the daily updated forecasts predict that the democrats will win the elections.