About Particles and Forces in the Universe 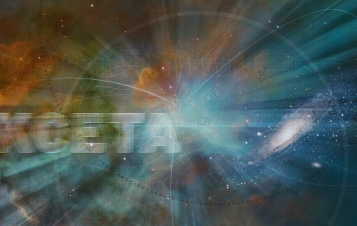 KCETA, the KIT Center Elementary Particle and Astroparticle Physics,
will be inaugurated on November 10
(Photo by: Forschungszentrum Karlsruhe)

The celebrations to inaugurate the KIT Center Elementary Particle and Astroparticle Physics will take place on November 10, 2008, 10.00 hrs, at the Audimax on the premises of the university. The act of foundation by the President of the Universität Karlsruhe, Professor Horst Hippler, and the Chairman of the Executive Board of Forschungszentrum Karlsruhe, Professor Eberhard Umbach, will be followed by an international symposium. Guest speakers are the Nobel Prize laureate Professor Frank Wilczek from the MIT, the former astronomer Royal Professor Sir Arnold Wolfendale, and the Vice President of the CERN Council, Professor Gregor Herten from the University of Freiburg. For the first time, the Julius Wess award will be conferred this year. A light installation of the artist Tim Otto Roth will complement the program. Representatives of the media are cordially invited to join the celebration and the symposium.

At the KIT Center Elementary Particle and Astroparticle Physics (KCETA), theoretical fundamental investigations and international large-scale projects are conducted to study fundamental questions, including the origin of mass, asymmetry of matter and antimatter, composition of dark energy and dark matter, mass of neutrinos, or the origin of cosmic rays. KCETA comprises institutes of both Forschungszentrum Karlsruhe and Universität Karlsruhe. Research and education in KCETA are funded by the state of Baden-Württemberg, the Helmholtz Association, the Federal Ministry of Education and Research, the German Research Foundation (DFG), and the European Union.

The Julius Wess award commemorates Professor Julius Wess, who indefatigably advocated theoretical and experimental elementary particle physics during his 20 years of work at the Universität Karlsruhe and published a number of articles of extraordinary international relevance during this time. The research award is granted to elementary particle or astroparticle physicists for outstanding experimental or theoretical scientific achievements that extend and deepen our knowledge of the fundamental laws of nature. This year, the award will go to the MIT scientist Professor Frank Wilczek for his research in the field of theoretical particle physics.

The program will be complemented by the light installation “Cosmic Revelation” of the artist Tim Otto Roth. The installation is a result of cooperation with the KASCADE project to detect cosmic rays on the premises of the Forschungszentrum. By this installation, the energies of cosmic rays from the depths of the universe are translated into the language of light.