The Role of Europe in the Context of Globalization 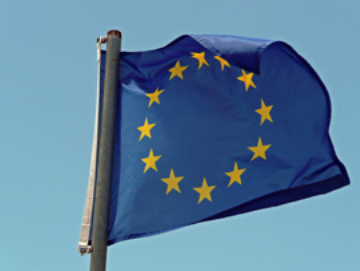 “Responsible politics has to serve the freedom and dignity of each individual person”, says the retired German foreign minister Hans-Dietrich Genscher. The 81-year old Genscher will speak about “The Role of Europe in the Context of Globalization” on Tuesday, November 25, 2008, at 18 hrs at the AudiMax, Straße am Forum 1, building 30.95. This Jean Monnet Keynote Lecture will be organized by the ZAK | Centre for Cultural and General Studies of the Karlsruhe Institute of Technology.

Genscher will focus on the European Union: “The success of the European Union shows that equal opportunities and equality are the prerequisites of an efficient cooperation”, underlines the former foreign minister. 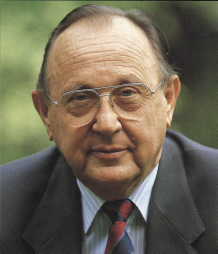 Hans-Dietrich Genscher studied law and economics at Halle and Leipzig and has been member of the Free Democratic Party (FDP) since 1952. From 1965 to 1998, he was member of German parliament: There, he was appointed federal Minister of the Interior from 1969 to 1974. Then, until 1992, he was Foreign Minister and deputy chancellor of the Federal Republic of Germany. Between 1974 and 1985, Genscher additionally was the chairman of the FDP.

The event will be organized in cooperation with the Karlsruhe University Society and the Heinrich Hertz Society.

The Jean Monnet Keynote Lecture is part of the “Public Science“ sector of ZAK and, hence, addresses the broad public. It is an integral constituent of the Jean Monnet teaching module “European Integration and Identity”. This module also comprises the Jean Monnet ring seminar that is offered by ZAK as the central event of the qualification module “European Integration and Identity Studies“ (EURIIS) of the General Studies: An interdisciplinary group of lecturers will sensitize students of the Universität Karlsruhe (TH) and the Karlsruhe Pedagogic University for European integration and identity issues.

The Jean Monnet Program has been launched by the European Commission to promote seminars and lectures on European integration at universities. It is the objective to present the EU as a model of peaceful coexistence and integration and to explain EU politics and actions to the public.