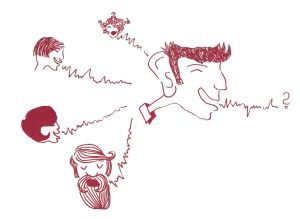 The people talks – is it understood correctly by the great “parleur”, the member of parliament? (Illustration by: Cécile Noel)

Can our democracy cope with the present challenges? This question will be dealt with by the Colloqium Fundamentale of the ZAK  Center for Applied Cultural Science and Studium Generale of KIT in the current winter semester. The opening presentation on Thursday, October 29, 18.00 hrs, will be made by Professor Dr.Dr. h.c. Klaus von Beyme, Emeritus for Political Science at the Ruprecht Karls University of Heidelberg. He will talk about parliamentary democracy, disenchantment with politics, and democracy reform. The event will take place at the NTI lecture hall, building 30.10, Engesserstr. 5.

The series of presentations is part of the 2009 Science Year initiated by the Federal Ministry of Education and Research, in which Karlsruhe is the “meeting point of science – democracy as a challenge”. The ten meeting points of science in Germany are funded by the Robert Bosch Foundation and organized in cooperation with the Deutscher Städtetag (Association of German Cities and Towns). Further information can be obtained on the internet at: www.staedte-im-wissenschaftsjahr.de.

60 years after its promulgation, German Basic Law is understood to be the basis of democracy and the haven of freedom. Meanwhile, it has been modified about fifty times as regards the legislation on asylum, in connection with the European Union, and concerning regulations associated with German unity and it has proved to be very adaptable. But what about the future? Against the background of the  1968 revolution and the twentieth anniversary of the fall of the wall, the Colloqium Fundamentale deals with current challenges of democracy in times of globalization: Economic crisis and ecology, education and equal opportunities, diaspora and global politics, modern crime and extremism, the legal situation of new media, and security policy will be some of the topics to be discussed. The series of presentations will be guided by the ideas of a basic consensus of society and self-conception of our democracy. It will also be asked for the future of the European Union. If the EU will assume the function of a guarantor of freedom and warrantor of large-area trade relations, economic structures, and cultural values, it has to be asked for the impacts on our identity, our readiness to take on responsibility, and behavior patterns of our democratic life together. 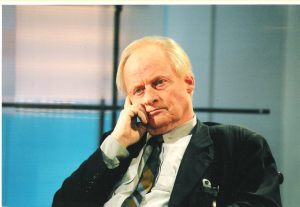 
The first lecturer of the series, Klaus von Beyme, was conferred his doctorate and professorship at the University of Heidelberg after studying political science, history, sociology, and history of art at Heidelberg, Munich, and Paris. From 1967 to 1973, he was professor of political science in Tübingen, from where he moved to the University of Frankfurt/Main in 1972. From 1974 to 1999, he was professor of political science at Heidelberg. He was and is member of various associations, among others of the Research Council of the European University Institute at Florence, the Board of Trustees of the Science Center Berlin, the board of the commission for research into social and political change in the new federal states, the advisory council of the Science Committee in Berlin, and the Acadamy of Berlin-Brandenburg. His work focuses on comparative systems research (Eastern and Western Europe), political theory, and policy analysis concentrating on cultural policy, art and politics, as well as housing and urban planning policies.

Other dates and lecturers of presentations are:

November 5, 2009 – Twenty Years Fall of the Wall
- What Has Changed?
Bärbel Bohley, co-founder of the New Forum, civil rights activist in the GDR, and painter

Karlsruhe Institute of Technology (KIT) is a public corporation and state institution of Baden-Württemberg. It fulfills the mission of a university and the mission of a national research center of the Helmholtz Association. KIT focuses on a knowledge triangle that links the tasks of research, teaching, and innovation.