Federal Minister of the Interior Schäuble Will Visit the KIT 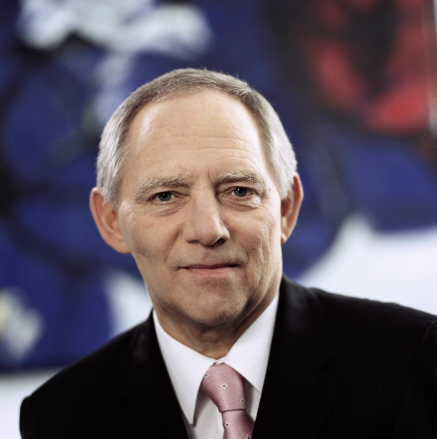 The Basic Constitutional Law from the point of view of security policy: On January 29,
Federal Minister of the Interior, Wolfgang Schäuble, will speak at the Karlsruhe Institute
of Technology
(Photo by: Federal Press Office)

On Thursday, January 29, 2009, Dr. Wolfgang Schäuble, Member of Parliament and Federal Minister of the Interior, will come to the Karlsruhe Institute of Technology. His talk on “60 Years Basic Constitutional Law: Pretensions and Reality” will complete this series of events organized by the Colloquium Fundamentale of ZAK | Center for Applied Cultural Science and Studium Generale of Universität Karlsruhe (TH). The event will start at 17.00 hrs (admission from 16.30 hrs) and be open to the public. It will take place at the Audimax of the Universität Karlsruhe (Strasse am Forum 1, building No. 30.95). Admission will be free.

In his presentation, Minister Schäuble will analyze the impacts of globalization, worldwide migration movements, and new types of warfare on security policy. He claims that the abolition of European internal borders requires an exchange of information of the states in order to prevent the increase in freedom from being bought with a loss of security.

Dr. Wolfgang Schäuble has been member of the German parliament since 1972. From 1981 to 1984, he was Parliamentary Officer of the CDU/CSU group of German parliament. Until 1989, he was Federal Minister for Special Tasks and Head of the Federal Chancellery. From 1998 to 2000, he was Chairman of the CDU. From 1991 to 2000 and from 2002 to 2005, he worked as Chairman and Deputy Chairman of the CDU/CSU group in parliament, respectively. From 1989 to 1991, he was Federal Minister of the Interior. Since 2005, he has been holding this office again.

The Colloquium Fundamentale organized by ZAK | Center for Applied Cultural Science and Studium Generale is one of the KIT’s central series of presentations. It is organized every semester and focuses on an interdisciplinary issue with presentations, podium discussions, and disputes. Every winter semester, it is dealt with a topic of sociopolitical relevance. Every summer semester, a research area and its interaction with society is presented. The Colloquium Fundamentale addresses students and KIT staff as well as the interested public.