Professor Dr. Heinz-Wilhelm Alten from the Institute for Mathematics and Applied Information Science of the University of Hildesheim Will Speak at the ZAK International Forum 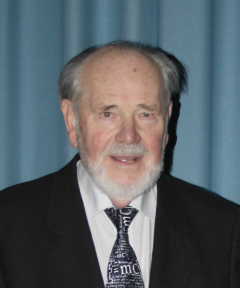 Exciting journey through the history of mathematics:
Professor Alten will speak at KIT
(Photo by: Uni Hildesheim)

A cultural-historical travel through the world of mathematics will be offered by Professor Dr. Heinz-Wilhelm Alten from the Institute for Mathematics and Applied Information Science of the University of Hildesheim on Thursday, February 12, 2009, 18.00 hrs, at the KIT. He will speak about 6000 years of mathematics at the International Forum of the ZAK | Center for Applied Cultural Science and Studium Generale of the Universität Karlsruhe (TH). The event will take place at the Engesser-Hörsaal on the campus of Universität Karlsruhe, Otto-Ammann-Platz 1, building no. 10.81. Admission will be free.

Professor Alten will outline the origins of his science from the ancient civilizations of the 4th millennium before Christ to the Hellenistic world to renaissance when the world-spanning modern mathematics of our times started to develop under the influence of Leibniz, Newton, Gauss, and others. In particular, Alten will focus on the globalization of mathematics that started at the end of the 19th century with international congresses among others and resulted in a universal terminology and symbolic language. Alten’s presentation of the cultural-historical phenomenon of mathematics is based on contributions of his project group on the history of mathematics at the University of Hildesheim to the publications issued under his direction and entitled “Von den Anfängen bis Leibniz und Newton“ (From the beginnings to Leibniz and Newton) and “Von Euler bis zur Gegenwart“ (From Euler to the presence).

After his doctorate, Heinz-Wilhelm Alten worked as an assistant professor at the Institute for Mathematics of the Technical University of Hanover. In 1971, he became professor of mathematics at the Hildesheim department of the Pedagogic University of Lower Saxony, today’s University of Hildesheim. As its first president, he established the studies courses of cultural pedagogics and technical translation among others. In the field of mathematics, Alten was interested mainly in analysis and its applications in theory and practice. Moreover, he published a number of books on the history of mathematics, in which he outlines the evolution of mathematics over the millennia as part of cultural development and intellectual adventure. The mathematician, who retired in 1997, combines his know-how and experience as a scientist, photographer, and art lover in his cultural-historical publication series “Vom Zählstein zum Computer“ (From the counting stone to the computer).

The KIT is a place of international encounters. More than 3000 foreign students and many hundred guest scientists are working at the institutes and institutions. They do not only reflect the international attractiveness of Karlsruhe as a location of science and research, but also the openness of the city and the region. The ZAK International Forum represents the presentation and discussion platform of this cultural diversity to enhance exchange between the university and public.