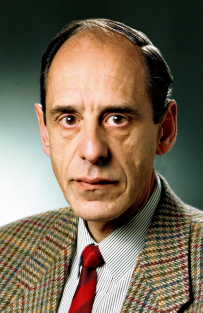 During its annual meeting from February 15 to 19 at San Francisco, the Minerals, Metals & Materials Society (TMS) will grant its renowned Robert Franklin Mehl Award to Professor Herbert Gleiter. The former managing director of the KIT Institute of Nanotechnology is the 4th German scientist to receive this TMS award since 1922. It honors outstanding findings in materials science, which are deemed milestones in their disciplines.

The Robert Franklin Mehl Award is the highest award granted by the TMS. It appreciates achievements of highly outstanding scientists in natural and engineering sciences: Originality and brilliance of thinking, combined with scientific visions that reach beyond the borders of individual disciplines.

Herbert Gleiter is deemed the initiator and pioneer of research relating to so-called nanocrystalline materials, from which materials with entirely new and partly plannable properties can be produced. Due to his fundamental work in the field of nanomaterials, Gleiter is often considered a pioneer of nanostructured materials today.

Several years before all other scientists, he and his colleagues realized the existence and potential of this new type of materials, one of the most rapidly growing classes of materials today. Moreover, Gleiter was the first, who found ways to produce materials with this new atomic structure. He studied these novel properties and confirmed conceptions relating to this novel atomic structure. Professor Gleiter also laid the foundations for several other new developments in materials research by his novel and visionary concepts. His work in the fields of particle hardening of alloys as well as atomic structure and properties of grain and phase boundaries in crystalline substances belongs to the classical foundations that have meanwhile entered studies books.

Since 1988, his work has been cited more than 10,000 times and appreciated by numerous national and international honors. Gleiter was appointed member of several German and foreign science academies and bestowed several honorary doctorates.

Professor Dr. Dr. h. c. mult. Herbert Gleiter, born in 1938, graduated in physics at the University of Stuttgart. As a postdoc, he went to the University of Göttingen, before he was appointed professor at the University of Bochum, Harvard University, and the Massachusetts Institute of Technology. After this, he held a chair for material sciences at the University of the Saarland. From 1994 to 1998, he was member of the Executive Board of Forschungszentrum Karlsruhe and responsible for fundamental research and new technologies. From 1998 up to his retirement in 2004, he founded and managed the Institute of Nanotechnology together with professors Lehn and Fenske. In the past years, his scientific achievements were acknowledged several times. Among others, he was granted the gold medal of the Federation of European Materials Societies, the highest scientific award granted in Europe in the field of materials research, the Von Hippel Award of the Materials Research Society, the most important international prize for materials research, the Leibniz prize of the German Research Foundation, the Max Planck research prize of the Alexander von Humboldt foundation, and many other academic honors. In addition, Gleiter is member of several German and foreign science academies, among others of the Executive Committee of the German National Academy of Sciences, Leopoldina.